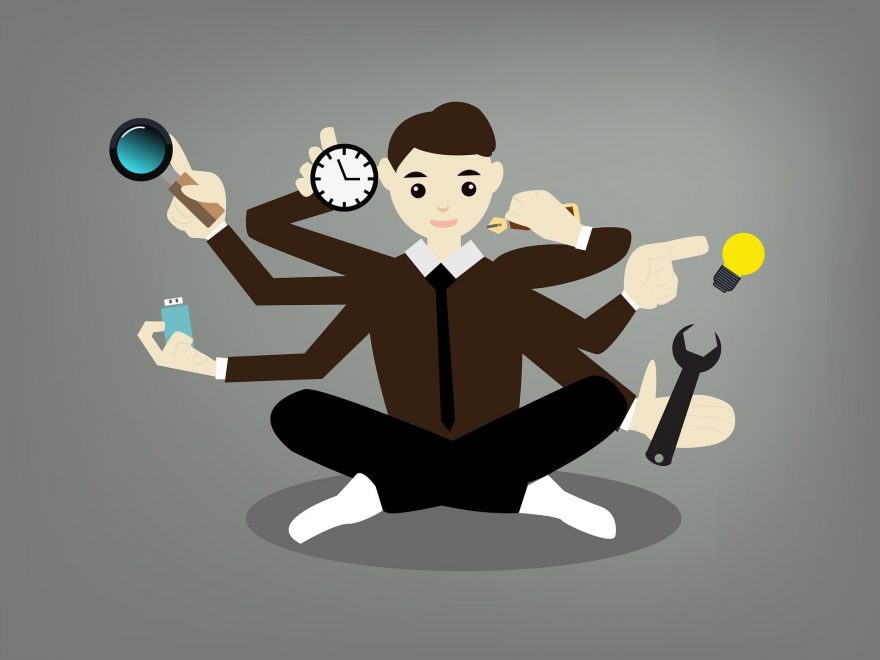 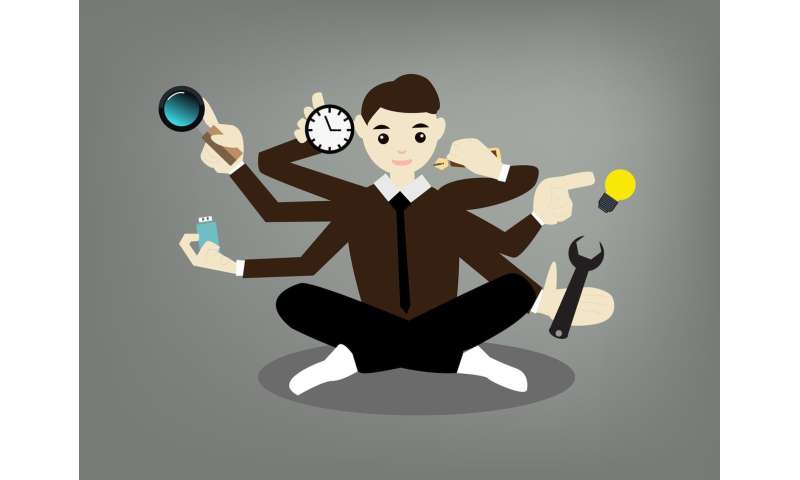 Women and men perform equally when required to switch attention between tasks or perform two tasks simultaneously, according to a new study in the open-access journal PLOS ONE by Patricia Hirsch of Aachen University in Germany and colleagues. The finding adds to a growing literature that contradicts the widely held belief that women multitask better than men.

Multitasking—performing several independent tasks within a short time—requires rapidly and frequently switching attention from one task to another, increasing the cognitive demand, compared to completing single tasks in sequence. Despite scant evidence for gender differences, the popular perception is overwhelmingly that women are better at multitasking than men.

In the current study, the authors compared the abilities of 48 men and 48 women in performance of letter or number identification tasks. Some experiments required participants to pay attention to two tasks at once (concurrent multitasking), while others required them to switch attention between tasks (sequential multitasking). The researchers measured reaction time and accuracy for the multitasking experiments and for single task controls. They found that multitasking imposed a substantial cost on both speed and accuracy for both men and women, and there was no difference between the two groups in the magnitude of the cost.

The set of potential tasks and the cognitive operations underlying them is vast, and no single experiment can encompass all of them, the authors note. Discrepancies in the literature on gender differences in multi-tasking may reflect differences in the specific types of tasks assessed. However, the large sample size and lack of gender difference seen in this study indicate that at least for the underlying cognitive processes tested here—working memory updating, the engagement and disengagement of task sets, and inhibition—men and women do just as well, or just as poorly, when trying to multitask.