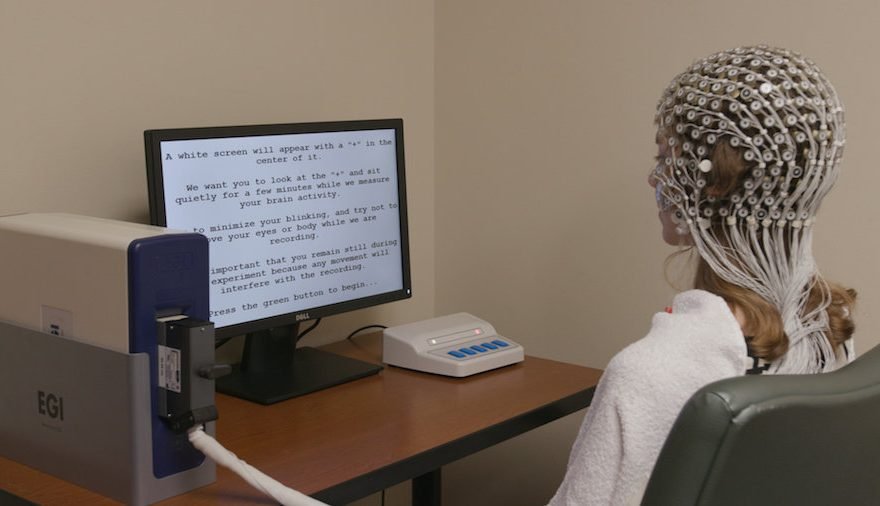 Imagine millions of depressed Americans getting their brain activity measured and undergoing blood tests to determine which antidepressant would work best. Imagine some of them receiving “brain training” or magnetic stimulation to make their brains more amenable to those treatments.

A national research trial initiated by UT Southwestern in 2012 is generating the first set of results this year that provides an early glimpse into how such high-tech strategies may change the field of mental health.

The first study—to be published in the June edition of the Journal of the American Medical Association Psychiatry – found that measuring electrical activity in the brain can help predict a patient’s response to an antidepressant. In the coming months, at least four more studies evaluating the effectiveness of other predictive tests are expected to derive from the EMBARC trial, a major thrust of a national effort to establish biology-based, objective strategies to remedy mood disorders.

“When the results from these tests are combined, we hope to have up to 80 percent accuracy in predicting whether common antidepressants will work for a patient. This research is very likely to alter the mindset of how depression should be diagnosed and treated,” said Dr. Madhukar Trivedi, who oversees EMBARC and is founding Director of UT Southwestern’s Center for Depression Research and Clinical Care, a cornerstone of the Peter O’Donnell Jr. Brain Institute.

Dr. Trivedi organized EMBARC with several other academic centers after the world’s largest depression study that he led more than a decade ago detailed shortcomings in patient care. Among other major findings, the STAR*D studies found that up to two-thirds of patients do not adequately respond to their first antidepressant.

Dr. Trivedi sought to improve this situation by spearheading the 16-week EMBARC trial at four U.S. sites in which more than 300 patients with major depressive disorder were evaluated through brain imaging and various DNA, blood, and other tests.

The project’s first published study focuses on how electrical activity in the brain can indicate whether a patient is likely to benefit from an SSRI (selective serotonin reuptake inhibitor), the most common class of antidepressant. Researchers used an electroencephalogram, or EEG, a noninvasive test that measured activity in the brain’s rostral anterior cingulate cortex. Patients with higher activity were more likely to respond to the SSRI within about two months.

Dr. Trivedi said EEGs have the potential to be used in combination with brain imaging and blood tests to help patients who don’t respond to SSRIs find effective treatments more quickly. He also suggested that more studies may yield useful methods to boost neural activity and make the brain more responsive to SSRIs—perhaps either through psychotherapy or magnetic stimulation on the cortex.

“Like STAR*D, I expect these studies will have a widespread effect on how we design and plan treatment approaches,” Dr. Trivedi said. “My goal is to establish blood tests and brain imaging as standard strategies in the treatment of depression.”

Dr. Trivedi’s work is becoming increasingly critical in the U.S. as the depression rate continues to soar. According to data from the National Health and Nutrition Examination Survey, more than 34 million adults took antidepressants in 2013-14—more than double the number in the 1999-2000 survey.

Some depressed patients have been diagnosed with other mood disorders such as schizophrenia or bipolar disorder—conditions that have also lacked biological markers and objective treatment strategies. UT Southwestern faculty have received national accolades for helping the field progress in this area. The recognitions include receiving the American Psychiatric Association’s top research award for two consecutive years, largely for STAR*D and for creating a new system of classifying various forms of psychosis based on biological indicators.

Meanwhile, Dr. Trivedi has initiated other large research projects to further understand the underpinnings of mood disorders, among them D2K, a study that will enroll 2,000 patients with depression and bipolar disorders and follow them for 20 years. In addition, RAD is a 10-year study of 1,500 participants (ages 10-24) that will uncover factors that reduce the risk of developing mood or anxiety disorders.

Utilizing some of these enrollees, Dr. Trivedi’s research team will study the results from a battery of other tests to augment EEGs and more accurately assess patients’ biological signatures and determine the most effective treatment. Dr. Trivedi has had preliminary success developing a blood test but acknowledges it may only benefit patients with a specific type of inflammation.

Combining blood and brain tests, he said, will improve the chances of choosing the right treatment the first time.