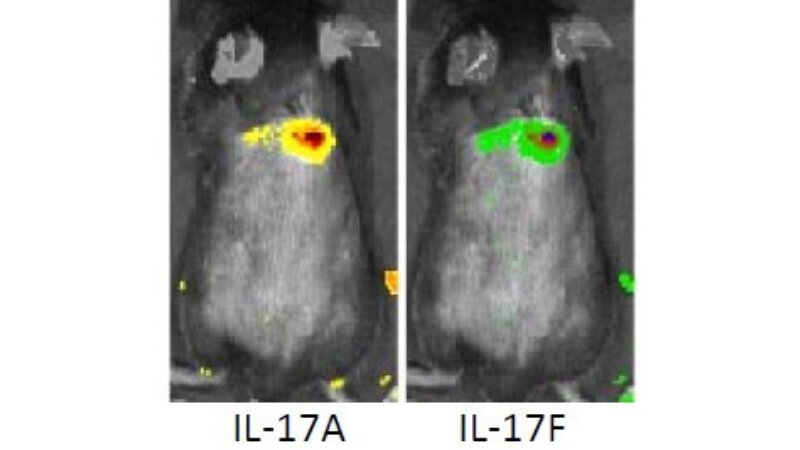 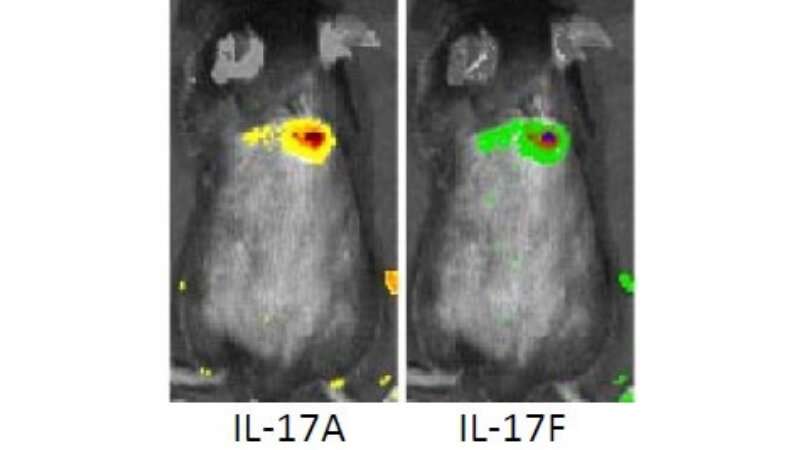 Researchers have gained a greater understanding of the biology of staphylococcus skin infections in mice and how the mouse immune system mobilizes to fight them. A study appears this week in the PNAS. Community acquired methicillin-resistant Staphylococcus aureus (CA-MRSA) typically causes skin infections but can spread throughout the body to cause invasive infections such as sepsis, and possibly death.

These CA-MRSA bacteria are becoming increasingly resistant to multiple antibiotics, making them especially difficult to treat. In healthy people, the body’s natural immune defenses typically keep CA-MRSA infections in the skin, and appropriate antibiotics can effectively treat them. However, patients who are immunocompromised have difficulty fighting the bacteria, which can become invasive and cause life-threating infections.

“While the human immune responses that protect against S. aureus infections have remained elusive, we have as a start determined in mice that protective immunity against MRSA is orchestrated by specific immune cells called gamma/delta T cells, which upon infection travel from the lymph nodes to the infected skin to initiate the protective host response,” says Lloyd Miller, M.D., Ph.D., an associate professor of dermatology at the Johns Hopkins University School of Medicine.

Miller notes that CA-MRSA and other multidrug resistant bacteria are becoming a bigger problem in health care, as most antibiotics no longer work against these infections and few new antibiotics are being developed in the pipeline. In the case of CA-MRSA, sometimes only two or three oral antibiotics remain that can treat these infections.

Miller and his team are working to understand the specific details of the mouse immune system’s MRSA-fighting program to develop a way to probe the human immune system to develop alternative immune-based treatments that could work along with antibiotic regimens, or eliminate the need for antibiotics altogether.

In their previous research, Miller and his team discovered that a cytokine protein called IL-17 is critical for turning on the host defense against staph infections. However, until know, they did not know which cell produced it, particularly which type of T cell. Also, there are two types of IL-17, one called IL-17A and the other IL-17F, but the researchers didn’t know if one or the other or both are required to mount the host response against CA-MRSA. So they teamed up with colleagues at the National Institutes of Health (NIH) who had engineered mice that would glow different colors depending on which form of IL-17 the mouse was making. The researchers then injected MRSA in the skin of these mice and found that the infected skin glowed green and red. They concluded this to mean that both types of IL-17 are involved in the immune response to the bacteria.

“We were fairly certain that IL-17 was being made by T cells but we didn’t know if it was the T cells that are normally in the skin or T cells that were migrating from the lymph nodes to the site of infection,” says Miller. Using the same glowing mice, the team asked what would happen if it blocked T cells from leaving the lymph nodes and treated the mice with FTY720 (fingolimod), a drug normally used to treat multiple sclerosis by keeping T cells from mobilizing from lymph nodes and minimizing inflammatory responses. After administering FTY720 to the mice that had an MRSA infection, the researchers saw no glowing, which informed them that the IL-17 seen at the site of the MRSA infection in the skin was made solely by T cells that had migrated from the lymph nodes.

The researchers then extracted cells from the infection site as well as cells from the lymph nodes both before and after infecting the mice with MRSA. They labeled these cells with different colors depending on the types of proteins found on the surface of each cell. In mice without MRSA, a particular type of T cells called gamma/delta T cells expanded dramatically after infecting the mice with MRSA.

The team then set out to determine which exact cells were expanding. Working with colleagues at the University of California, Davis, the team determined the genetic sequences of all of the T cell receptors in the mouse lymph nodes before and after infecting the mice with MRSA. They found that only one type of gamma/delta T cell clone expanded with a specific T cell receptor. What’s called the V gamma 6/Vdelta 4(+) expanded from 2% to over 20% to fight MRSA.

“We think that this one single gamma/delta T cell clone is mediating the protective IL-17 response in mice,” says Miller. “What’s more is that these results really relied on having the latest technologies available to scientists today. We couldn’t have figured this out 10 years ago, for example.

“While it is not known if there is an exact parallel cell type in humans, we’re encouraged that we can find something similar, which means we could be well on our way to developing new T cell-based therapies against MRSA.”