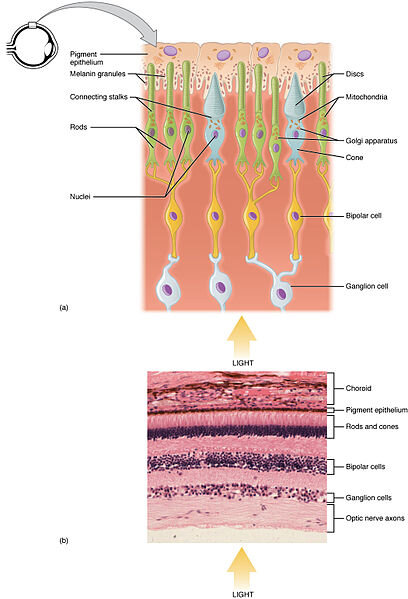 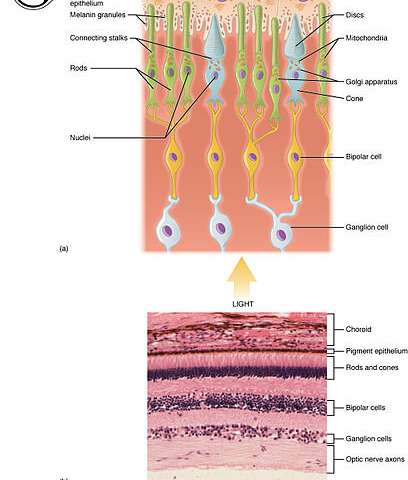 Netherlands Institute for Neuroscience researchers have overturned the long held view that congenital nystagmus, a condition in which eyes make repetitive involuntary movements, is a brain disorder, showing that its cause is actually retinal. Deficits in just a few proteins involved in one of the retina’s earliest light-signal processing steps result in the eye sending an erroneous movement signal to the brain rhythmically. Each time the brain receives a movement “pulse,” it initiates an eye movement to compensate for the motion signaled. In this way, mutations in just a handful of proteins at the very first steps of vision lead to the oscillating side-to-side eye movements that characterize many forms of congenital nystagmus. The study appears in PLOS Biology on 12 September.

Approximately one in 500 people have congenital nystagmus, and while they do not perceive a shaky image, their eyesight tends to be poor. Until now, and despite many decades of research, the underlying mechanism of congenital nystagmus has remained elusive, but its source was widely believed to be in the brain stem, as this area controls eye movements. However, a group of scientists from the Netherlands Institute for Neuroscience and the Erasmus MC, together with colleagues from the United States and Japan, suspected that they had to look elsewhere for the source of this disorder. In this study, they show that electrical oscillations in retinal neurons cause congenital nystagmus.

Twenty years ago, Huib Simonsz, a pediatric ophthalmologist at the Sophia Children’s Hospital in Rotterdam, discovered a group of patients who presented with different types of congenital night blindness and the same type of congenital nystagmus. “A defect in two proteins causes these types of night blindness. The two faulty proteins sit on either side of the nerve junction, a synapse, connecting the light-sensitive rods to a retinal interneuron. This impairs the signaling between the two cell types, which in turn causes retinal cells downstream from the interneuron to start oscillating,” says Maarten Kamermans, group leader at the Netherlands Institute for Neuroscience.

In the dark, these electrical oscillations occur across the retina but each cell is oscillating independent of the others. But when the lights go on, all the cells are reset and begin to oscillate synchronously. This produces a very strong signal that, when sent to the brainstem, is interpreted as the visual image moving on the retina’s surface. To adjust for this signaled motion, a compensatory eye movement occurs and produces the side-to-side eye movements associated with congenital nystagmus.

Kamermans and colleagues found that retinal cells and their eye movements of mice and patients with congenital night blindness oscillated at about seven times a second. While intriguing, this correspondence did not prove that the two phenomena are related. To show that they were, the researchers used various drugs on the retina to stop, slow and increase the rate at which the retinal cell oscillated, which in turn stopped, slowed and sped up the rate of eye movement oscillations. This conclusive evidence shows that the retinal oscillations cause congenital nystagmus.