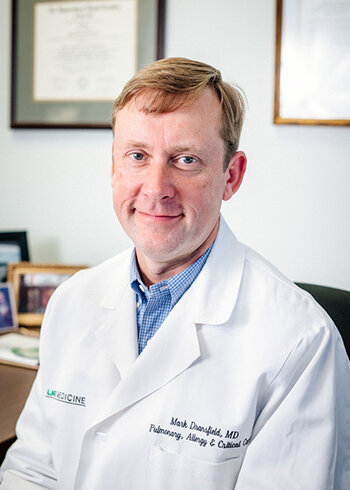 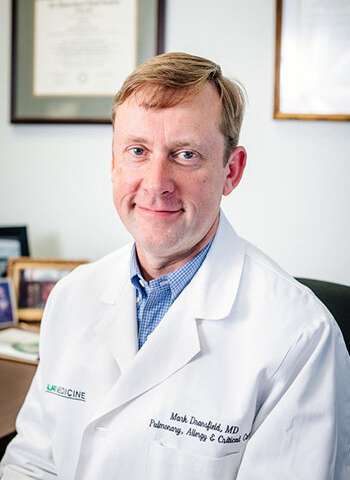 New research from scientists at the University of Alabama at Birmingham published in the New England Journal of Medicine has found that beta-blockers used in a clinical trial for patients with chronic obstructive pulmonary disease do not reduce the risk of flare-ups of the disease, also called COPD exacerbations.

COPD is a term used to describe progressive lung diseases including emphysema and chronic bronchitis and is the third leading cause of death worldwide.

“It is well-known that patients who have experienced a heart attack have better outcomes after taking beta-blockers,” said study lead author Mark Dransfield, M.D., professor in the UAB Division of Pulmonary, Allergy and Critical Care Medicine. “Beta-blockers protect the heart by lowering pulse and blood pressure. However, we wanted to test the effects of beta-blockers in patients with COPD to see if they could also have a positive impact on the lung disease itself, and specifically whether they would reduce the risk of exacerbations.”

Dransfield said, for a long time, people with COPD were not given beta-blockers even when they had heart attacks, because doctors were afraid it would worsen lung function. This continued even though the available data suggests patients with COPD who have heart attacks benefit from beta-blockers just as much as do those without COPD. More recent studies also suggested beta-blockers may reduce mortality and the risk of COPD exacerbations regardless of whether patients had underlying cardiovascular disease.

However, Dransfield said their findings showed no evidence that beta-blockers were helpful in reducing the risk of exacerbations.

“What we found was that beta-blockers don’t do anything to reduce the overall risk of exacerbation, but they did increase the rate of severe exacerbations that required hospitalization,” he said. “The explanation for the higher risk of COPD hospitalization is not certain, though we did not see any evidence that lung function itself was worsened with beta-blockers.”

The 532 participants of the trial ranged from ages 40-85 and had a clinical history of COPD, had at least moderate airflow limitation and were at an increased risk for exacerbation. Patients already taking beta-blockers or who had proven indications for the drugs were excluded, and the results do not directly apply to those groups.