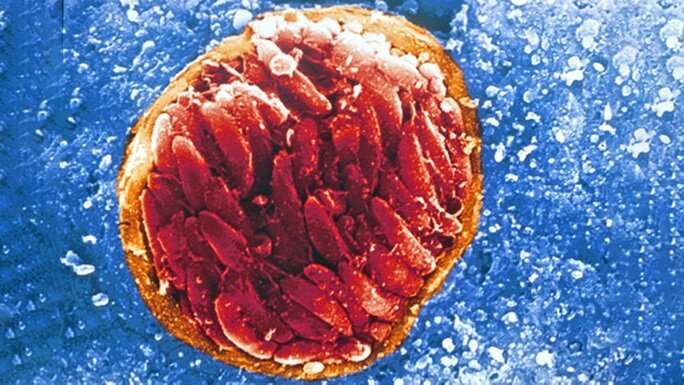 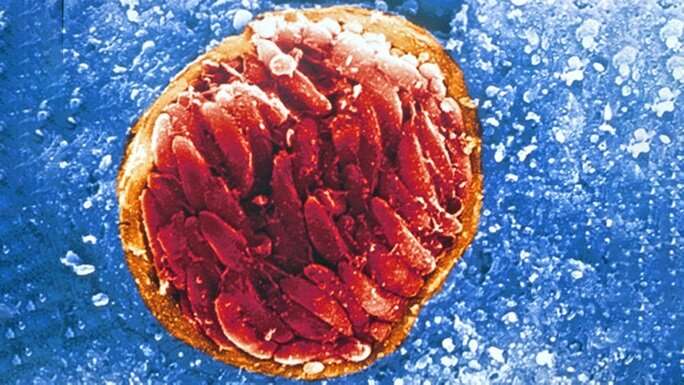 Babies born with toxoplasmosis, which is caused by a congenital parasitic infection, can develop hydrocephalus, a condition where excess fluid creates damaging pressure in the brain.

Based on a longitudinal study of 65 patients born with Toxoplasma gondii infections who developed hydrocephalus during a 38 year period, the research, published in the Journal of Neurosurgery Pediatrics, found that prompt treatment led to substantially improved outcomes for children with the debilitating conditions. The patients were all part of a larger ongoing research project, the National Collaborative Chicago-Based Congenital Toxoplasmosis Study.

“This is another step forward for children who benefit from early shunting,” said David Frim, MD, Ph.D., Chief of the Section of Neurosurgery at UChicago Medicine. “It also gives those who study toxoplasmosis a little more of a window into the brain of an infected child, because we still don’t fully understand what toxoplasmosis does to the brain.”

Toxoplasma gondii is a parasite found throughout the world that has infected roughly 2 billion people, more than 40 million of whom live in the United States. Individuals become infected when they eat undercooked, contaminated meat or are exposed to material contaminated by feces from an acutely infected cat. Most healthy people who are infected have no recognizable symptoms, but people with weakened immune systems are more likely to develop toxoplasmosis, a disease that can damage the brain, eyes and even cause death. Toxoplasma can also pass from a mother infected for the first time to her unborn baby.

“Left untreated, this infection causes problems, even in babies who at first seem normal,” said Rima McLeod, MD, lead author of the study and a professor of ophthalmology and visual sciences and pediatric infectious diseases who directs the Toxoplasmosis Center at UChicago. “An infection early in pregnancy can lead to severe disease in the baby, and even with milder involvement at birth, virtually all of these untreated children end up having eye disease by the time they are teenagers and some may experience a fall-off in cognition as well.”

Babies born with toxoplasmosis can develop hydrocephalus, when cerebrospinal fluid that normally circulates through the brain’s ventricles backs up and damages the brain. To treat this, surgeons place a tube called a shunt in these children so that the excess fluid in the ventricles can drain to the abdomen.

Little has been known about the effectiveness of this treatment on the long-term neurological function of these patients, however. Furthermore, shunt surgery for children with severe, presumed irreparable brain damage from toxoplasmosis-linked hydrocephalus at birth was in the past deemed unlikely to be beneficial.

Of the 46 patients who underwent shunt placement, almost all showed improvement following placement. Four patients showed no improvement, one patient died and one was lost to follow up. Dramatic increases in thickness of the cortical mantle, the outer gray matter of the brain, were not uncommon. Importantly, there were patients who presented with severe hydrocephalus and cortical mantle thinning who, after shunt placement, experienced an impressive cortical re-expansion and ultimately normal cognitive function.

The researchers found that the longer it took to surgically intervene with a shunt after diagnosing hydrocephalus, the worse the outcome. In the 28 patients for whom data was available, delayed shunt placement of 25 or more days after a diagnosis of hydrocephalus was associated with lower IQ scores compared to patients who underwent shunt placements less than 25 days after diagnosis. For the 31 patients for whom motor data was available, gross motor skills trended toward worse as time to intervention increased, although it did not achieve statistical significance.

“Although there were a range of outcomes for these children, shunt placement combined with medical treatment gave these children a chance to live full, normal lives,” said William Cohen, a UChicago student who helped with study data analysis.