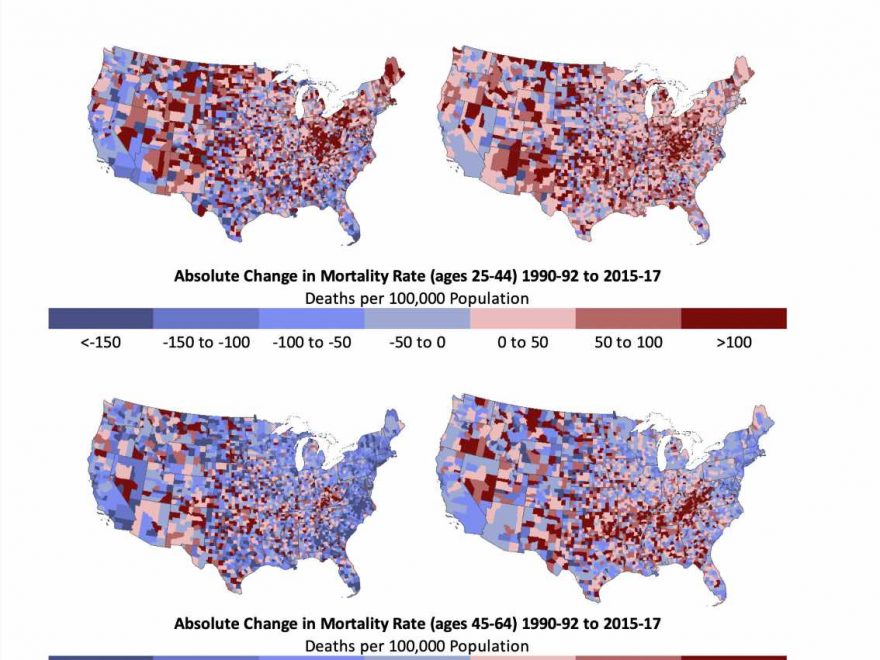 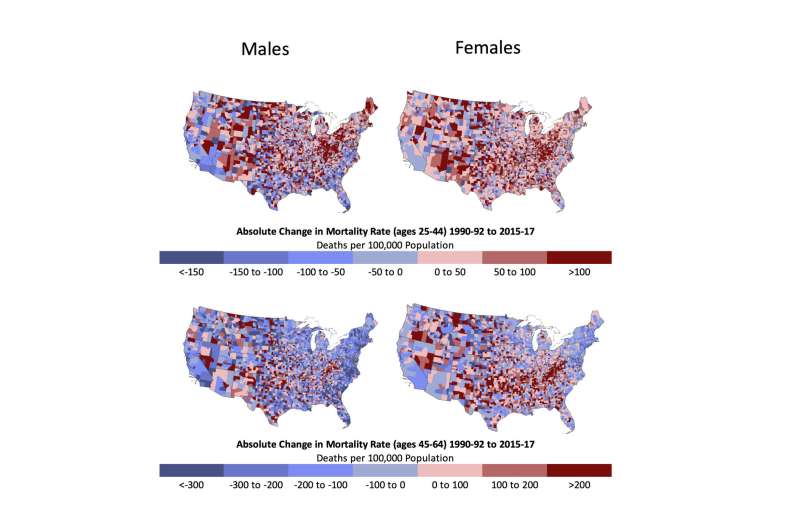 Between 2014 and 2015, life expectancy in the United States dropped for the first time after rising for decades. It has continued decreasing, rousing concern among demographers and public health officials and prompting the National Academies of Sciences, Engineering, and Medicine

Penn’s Irma Elo, a member of the Committee on Rising Midlife Mortality Rates and Socioeconomic Disparities, was invited to participate because of previous work she’d conducted on geographic, racial, and ethnic mortality disparities in the U.S. “As a group, we decided to focus on working-age mortality when we found it was clear that mortality was not only rising for those ages 45 to 55 but also for younger age groups, starting at age 25, and older, up to age 65,” she says.

The group included economists, sociologists, public health experts, and demographers. In early March, they published their findings in a peer-reviewed report, “High and rising mortality rates among working-age adults.” They concluded that since 2010 young and middle-aged adults have overall been dying at higher rates, primarily due to drug overdoses, alcohol, suicide, and surprisingly, cardiometabolic conditions like diabetes and heart disease.

“The increase in mortality for these age groups is striking and unprecedented,” says Penn demographer Samuel Preston, one of the report’s eight external reviewers. “The report does an excellent job documenting these trends and investigating their causes. This crisis is not getting the attention it deserves.”

Penn Today spoke with Elo about the report and its implications for the U.S.

What is the report’s main finding?

In the United States, working-age mortality is high and rising. This is not happening in other high-income countries; we’re unique in that respect. Here, life expectancy at birth, which measures how many years, on average, a person can expect to live given the current mortality conditions, has fallen further and further behind other high-income countries in the past decade, partly driven by this high mortality below age 65.

Some causes of death were well-established, but it sounds like cardiometabolic disease was unexpected, particularly for the younger age bracket?

Drug overdoses, alcohol, and suicide have gotten a lot of attention, and for a good reason. But part of the reason that the U.S. is doing worse than other high-income countries is a stalling in mortality improvements from cardiometabolic diseases. What’s most disturbing is how important these causes have become among 25- to 44-year-olds, which is not what would we expect or what should be happening.

Do we know why more 25- to 44-year-olds are dying of cardiovascular issues?

There’s evidence that socioeconomic and geographic inequalities in health and mortality in the United States have increased in recent decades, especially among women. That’s one of the most troubling findings of this report for me—though given previous work we had done, it’s perhaps not that surprising.

Can you further explain the geographic disparity?

Non-metropolitan, rural areas and medium and small towns are doing much worse than central cities. That’s where this mortality is highest.

This isn’t related to geographic disparity, but I think it’s also important to mention that earlier work had focused on increasing mortality among non-Hispanic whites. But since about 2010, mortality has also begun to increase among African American and Hispanic populations. And the COVID-19 pandemic is exacerbating these increases, bringing into focus racial and socioeconomic inequalities.

Where does the pandemic fit into all of this?

Our analysis ended in 2017, so it did not address the pandemic specifically. However, the trends we document—higher mortality than in other high-income countries; major racial, ethnic, socioeconomic, and geographic disparities—have been exacerbated by the pandemic. To put it another way, the same factors that we identified in the report as being detrimental in the U.S. are also the factors that have now been worsened by the pandemic.

How can we use this information?

The report makes some research recommendations, highlighting the need for longitudinal data so that we can follow individuals across their life course and study the antecedents of working-age mortality.