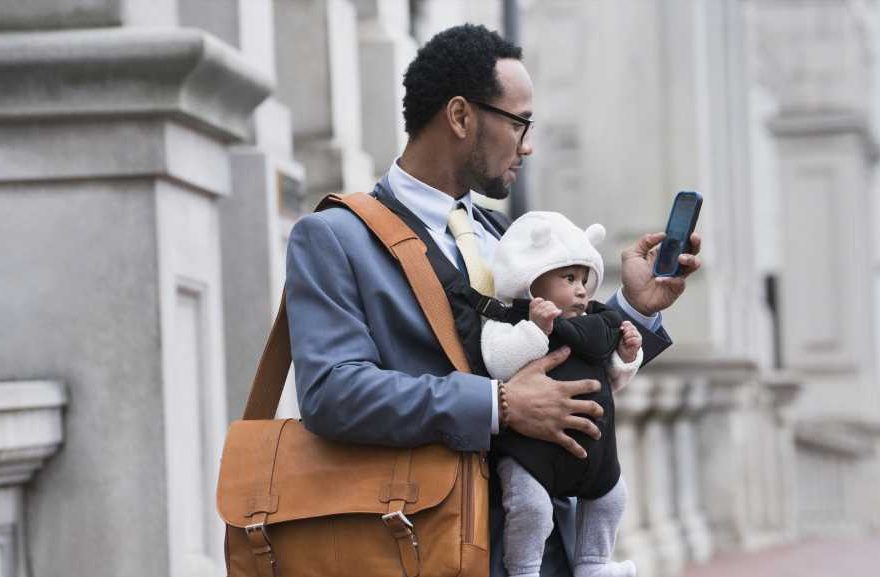 The single worst question you can ask the parent of a small child is “When are you having another?”

The second-worst question is a little less predictable and a lot more insidious.

About a month ago, a younger, unmarried, un-kidded colleague asked me what I had done that weekend. It was Monday morning and I was tired and I thought he might actually want to know, so I told him.

First, I said, my wife and I took turns driving our three little kids to various sports practices and birthday parties and playdates. Then, I told him, I changed a ton of diapers and washed a few urine-soaked sheets. I told him about the predawn PAW Patrol binge and the post-midnight check for monsters under the bed.

I described the meltdowns (plural) in two grocery stores, and the blowup over whether sweatpants qualified as going-out-for-dinner pants, and the bare-knuckle fight between my eight-year-old son and my five-year-old daughter. (She won.)

The colleague smiled and nodded and grimaced in all the right places, and I summed it up in a way that was probably ironic but could’ve been a cry for help: “You know, just livin’ that dad life.”

I’ve been doing the dad thing for nearly a decade, and I’ve watched as my expectations about parenting have converge and diverged with larger cultural shifts in how women and men are raising kids.

I’ve also watched, with a combination of amusement and horror, as dad has emerged as an adjective that makes any object, practice, or idea about 36 percent lamer. Dad bods.

Dad jokes. Dad rock and dad jeans and dad hats. We’re at a point where dad has become a dreaded modifier, a shorthand both specific and universal, a meme.

How did this happen? I mean, it happens. To a lot of us. The latest study on fatherhood from the Pew Research Center found that “mothers and fathers are equally likely to say that parenting is central to who they are: 57 percent of fathers say being a dad is extremely important to their overall identity, and 58 percent of mothers say the same about being a mom.”

We define ourselves as parents and everything else sort of falls away, so that whatever used to be our priorities— sex, money, friends, hobbies— don’t seem to matter quite as much anymore. We become shorthand for ourselves, only 36 percent lamer.

Some of us fight it—we don’t wear baggy jeans or listen to classic rock or say, “That’s what she said.” We’re cool dads. We dress and speak and consume like 22-year-olds (if not 12-year-olds), which is all well and good until we’re arguing with a toddler about snack time or negotiating screen time with a second grader.

Which, as far as our kids are concerned, is for the best. They don’t need a parent who prioritizes sex or friends over their playdate schedule. They don’t need some dopey grownup asking them about the latest Kendrick drop.

—Rich Dorment is the editor-in-chief of Men’s Health