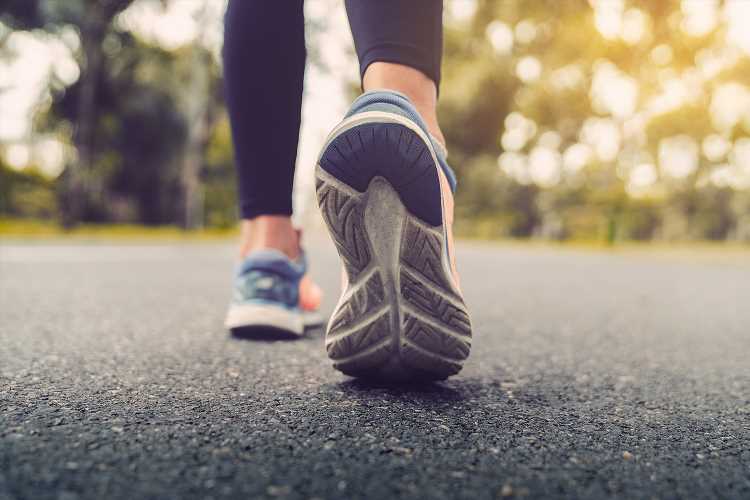 Pregnancy isn’t slowing this woman down!

Makenna Myler, 28, went viral on TikTok after her husband Mike, 29, posted a video that showed her running a mile in under 6 minutes while 9 months pregnant — which has racked up close to 700,000 views.

In the video, Mike cheers his wife on from the sidelines while she runs laps around a track while showing off her baby bump in a crop top.

“It’s a big belly,” Mike says at the start of the video, before playfully sharing that due to a bet he made early on in her pregnancy, he might be out $100. “Bet her in month 2 she wouldn’t run sub 8 min in her ninth month,” he wrote alongside the footage.

Despite the bet, Mike was happy as could be when his wife clocked in at 5 minutes and 25 seconds, giving her a congratulatory hug.

It’s really something else when a human hangs out in your belly. Absolutely loving and welcoming all growth. Turns out I still never wear a shirt during exercise. Crossing our fingers for Halloween. Stay tuned

Although Makenna, who is from Heber, Utah, has been running competitively since high school, she wasn’t sure what kind of impact pregnancy would have on her body.

“Neither of us had any idea what to expect during a pregnancy. We’ve always heard I’d just kind of shut down as I got further in,” she told Today, explaining that this is where the bet with her husband came in.

“In month two, Mike was convinced running an 8-minute mile in my ninth month was a pipe dream, so when I bet him I'd run a 7-min mile, he put $100 dollars down, and gave me an extra minute," she said, going on to clarify that the run had been cleared by her doctor.

Mike and I are starting a fitness account!… ok psych just I am. F45 affiliated. If you’re into sap, sass, monsters and running give it a follow. @monsterstunnaf45

Her run was a hit on social media, and her loved ones were impressed by the attention it garnered.

"I think they were more impressed by the TikTok views," she told Today. "However, I think the mile put the entirety of my training into perspective for people close to me. I hope it inspires women, just as I was inspired by other pregnant athletes, to pursue goals in spite of what the status quo says we ought to pursue."