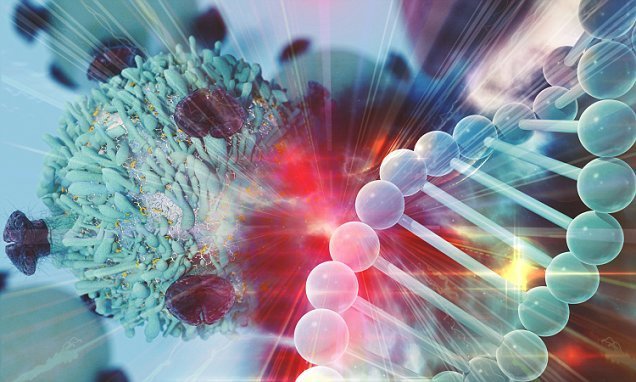 A leading science group has launched the first large-scale project to develop cells that are resistant to viruses, radiation, freezing, aging, and cancer.

The four leaders of the Genome Project, who are among America’s leading geneticists, insist the endeavor is entirely plausible within a decade.

They say it is the first step in the journey to producing ‘ulta-safe cells’ on demand.

‘Ultra-safe cells could have a major impact on human health,’ said one of the directors, CRISPR pioneer Professor George Church of Harvard Medical School. 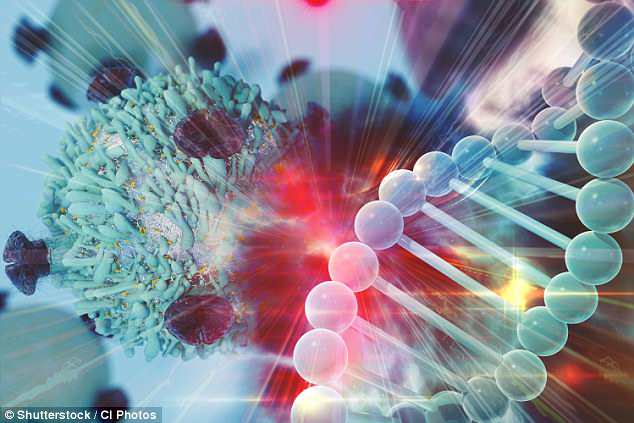 The four leaders of the Genome Project, who are among America’s leading geneticists, insist the endeavor is entirely plausible, and is the first step to producing ‘ulta-safe cells’ on demand

The project will springboard off a process that the GP team recently discovered, called DNA recoding.

Professor Church and colleagues at Harvard showed they could recode the bacteria E. coli. After making 321 changes to the bacterial genome, they could achieve viral resistance.

However, recoding the genome of a plant or mammal would be significantly more ambitious.

‘Recoding every protein in the human genome, for example, would require 400,000 changes,’ says Church.

Specific redundant codons would have to be removed from all 20,000 human genes.

However, the team insist it is doable within 10 years.

‘There is very strong reason to believe that we can produce cells that would be completely resistant to all known viruses,’ one of the team’s leaders Professor Jef Boeke, director of the Institute for Systems Genetics at NYU Langone Medical Center, told STAT.

‘It should also be possible to engineer other traits, including resistance to prions and cancer.’

Crucial to this endeavor is that they will be granted access to Cellectis proprietary TALEN gene editing technology that can introduce changes into the DNA code with high specificity and across an entire genome, including multiple changes at a time.

‘We will generate a wealth of information connecting the sequence of nucleotide bases in DNA with their physiological properties and functional behaviors,’ Boeke said.

In doing so, Boeke says, we will be able to develop safer, less costly and more effective therapeutics and a broad range of applications in other areas such as energy, agriculture, healthcare, chemicals and bioremediation.

Making cells resistant to viruses could be an answer to the impending crisis of antibiotic resistance.

But that’s not the only thing the team hope to achieve.

Proposals include recoding genes to make the cell less likely to become cancerous, or making the cells resistant to damage from aging, freezing and radiation.

It would also enable the commercial development of new gene testing and analysis technologies, which would dramatically reduce costs for scientists who want to analyze and scan entire genomes.