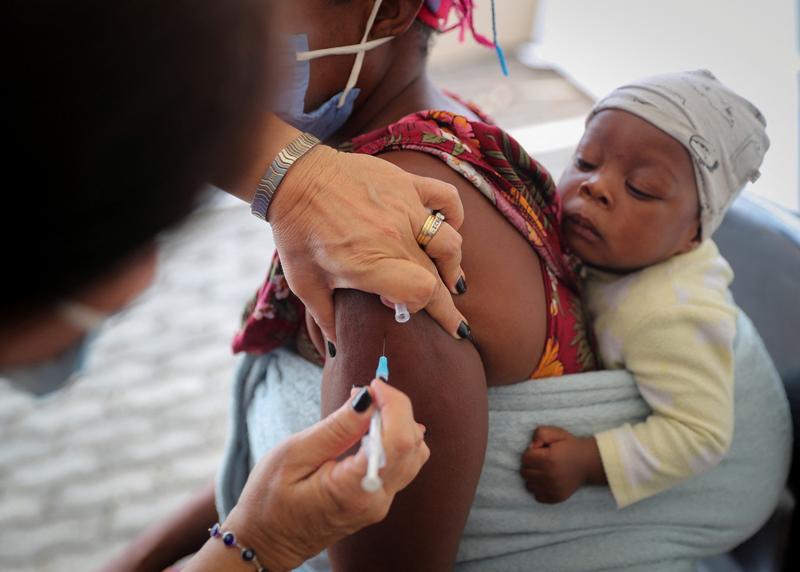 JOHANNESBURG/LONDON (Reuters) – The World Health Organization (WHO) and its COVID-19 vaccine partner Gavi have no immediate plans to buy shots made by Aspen Pharmacare, the two bodies said, dealing a blow to Africa’s efforts to develop its own vaccine production capacity.

Aspen completed a deal in March to package, sell and distribute Johnson & Johnson’s vaccine in what was lauded as a game-changing moment for an under-vaccinated continent frustrated by sluggish Western handouts.

But the South African company’s expectations of high demand in Africa, where just a sixth of adults are fully vaccinated, have not materialised. Its CEO warned last week it would be forced to re-purpose about half of its vaccine production capacity if orders did not pick up.

The Africa Centres for Disease Control and Prevention (CDC), Africa’s top public health body, has called upon organisations procuring shots for the continent to prioritise sourcing from African producers.

However, COVAX – the global COVID-19 vaccine-sharing programme instrumental in Africa’s pandemic response – has no current plans to place orders with Aspen because of oversupply.

COVAX is backed by the WHO, the global vaccine alliance Gavi and the Coalition for Epidemic Preparedness Innovations (CEPI).

“In the case of Aspen, the current overall demand situation means we are currently not in a position to buy large quantities of vaccines,” a Gavi spokesperson said.

“However, we are in discussion to see if a collaboration would be feasible as part of expanding regional supply.”

Kate O’Brien, the WHO’s Director of Immunization, Vaccines and Biologicals, said COVAX had already secured the 380 million vaccine doses required for the global programme for the second and third quarters of this year.

“COVAX … has more supply than is at present being demanded by countries, and that’s a good place to be in,” she told Reuters.

As wealthy countries used their purchasing power to corner early supplies, Africa initially struggled to source COVID-19 shots, leading to calls for a boost to the continent’s vaccine production capacity.

The African Union’s goal is to produce 60% of all routine vaccines – covering everything from COVID to measles – administered in Africa locally by 2040, up from the current 1%, and several such plants are being set up.

The WHO and European Union are backing regional vaccine manufacturing initiatives. And South Africa, Senegal, Rwanda and Kenya are all seeking to establish vaccine production hubs.

Recently, however, acute shortages of COVID-19 vaccines have given way to a glut of doses as donations to COVAX and supplies from drugmakers have picked up and African governments’ vaccination campaigns struggle to keep pace.

“There’s lives at stake here,” he told Reuters, adding that if Africa, and the rest of the world, didn’t support its capabilities the continent would remain at the back of the queue in the next pandemic.

Last year, the Biovac Institute, another South African vaccine producer, struck a deal with Pfizer and BioNTech to manufacture around 100 million doses a year of their COVID-19 vaccine for the African Union (AU). Production is due to start later this year.

“The lack of demand is certainly worrisome to all,” Biovac Institute CEO Morena Makhoana said. “This emphasises why we need dedicated vaccine capability so that we have entities that can go through the ups and downs of the vaccine industry.”

Ayoade Alakija, co-chair of the AU-backed African Vaccine Delivery Alliance, said it was unfair to blame purchasing organisations for the demand shortfall.

African governments, she said, were now largely responsible for a glut of vaccines, having failed to establish successful mass vaccination campaigns and ensure their countries’ ability to absorb vaccine supplies.

“African political leadership … seems to have jumped from ‘we have no vaccines’ to manufacturing vaccines, and forgotten the two steps in between,” she said.