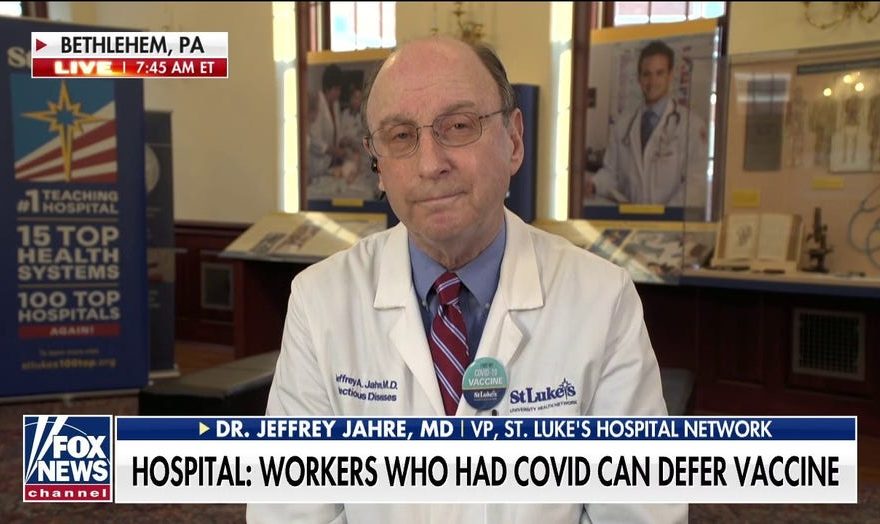 Dr. Jeffrey Jahre joins ‘Fox & Friends’ to explain why the hospital made the decision, says the hospital is following the science

The World Health Organization (WHO) has reported 4 million weekly COVID-19 cases, reflecting the first marked decline in more than two months. In recent weeks, there were about 4.4 million cases.

All regions worldwide reported declines in new infections compared to the prior week, according to the WHO’s latest COVID-19 weekly epidemiological update, released Sept. 14. Nevertheless, the U.S., U.K., India, Iran and Turkey contributed the highest numbers of new reported cases. New reported deaths worldwide also declined over the prior week, at 62,000 fatalities, though Africa reported a 7% increase in weekly deaths.

The highly transmissible delta variant, dominant in the U.S., was detected in six additional countries over the prior week, pushing the total to 180 countries.

Children and adolescents infected with COVID-19 typically face milder courses of disease, however more research is needed to determine if the delta variant and other variants will alter the disease severity, WHO noted. As of Sept. 6, deaths in age groups under 24 comprised 0.6% of all COVID-related deaths reported worldwide. Younger age groups can experience lingering symptoms after infection, or so-called “long COVID,” however ongoing research is looking into its frequency and characteristics, as well as a rare, COVID-related inflammatory condition in children, according to the WHO.

At least 42% of the global population has received at least one dose of COVID-19 vaccine, and nearly 32 million doses are administered each day, per the latest figures from Our World in Data, whereas 74% of all Americans ages 12 and up, or eligible for vaccine, have received at least one dose, with over 63% fully vaccinated, according to the Centers for Disease Control and Prevention (CDC).

Over the last week the head of the World Health Organization, WHO Director-General Tedros Adhanom Ghebreyesus, called on rich countries with large supplies of coronavirus vaccines to refrain from offering booster shots through the end of the year, expanding a call that has largely fallen on deaf ears. The pandemic will not end until enough vaccine reaches the global population, the agency has long reiterated, aiming to see 70% of populations vaccinated in all countries by mid-2022.

The Associated Press contributed to this report.