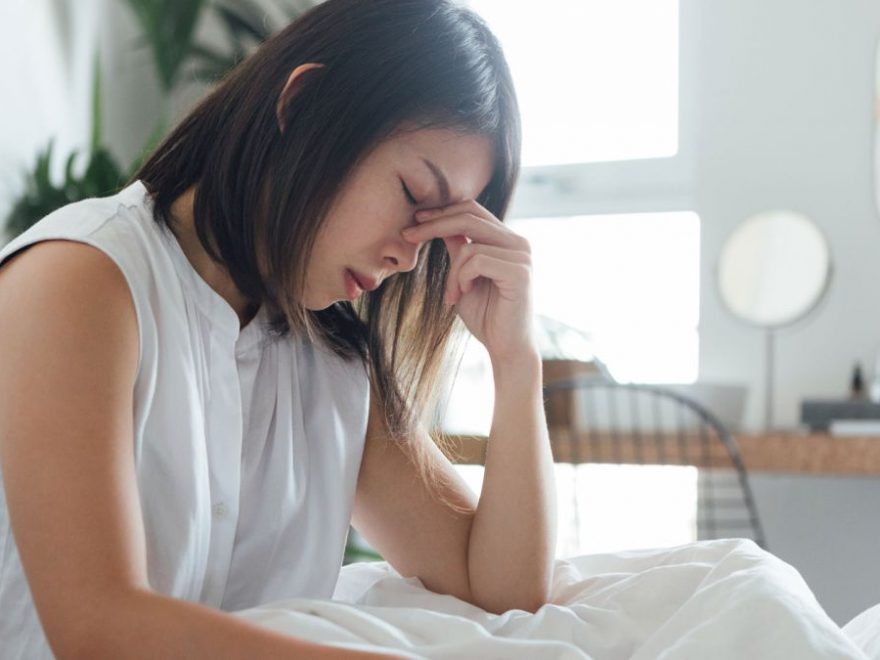 What causes sleepwalking and who is more likely to suffer from it? It might be a comedy staple, but for those who have to live with sleepwalking, whether a sufferer or a partner, it really is no laughing matter. A study published in the journal JAMA Pediatrics in 2015 concluded that 29% of children aged between two and 13 will encounter some kind of sleepwalking episode, with the peak arriving between the ages of ten and 13. But it’s surprisingly common in adults too, with research from Stanford University School of Medicine estimating that 3.6% of adults in the United States – or over eight million people – regularly experience this strange phenomenon.

“What causes sleepwalking can be anything from anxiety and stress right through to poor sleep hygiene and genetics and while it’s typically more common in children, it can be really problematic in adulthood,” consultant neurologist and sleep physician Dr. Angus Nisbet told Live Science.

According to the Sleep Foundation, sleepwalking, or somnambulism to give its formal name, “is a behavior disorder that originates during deep sleep and results in walking or performing other complex behaviors while still mostly asleep.”

Alongside night terrors, teeth grinding and bedwetting, sleepwalking is one a group of sleep disorders called ‘parasomnias’ and, typically, it occurs during the deep stage of sleep, or what’s called ‘slow wave’ sleep, a period that occurs in the first third of the night.

When a sleepwalking episode happens, the sleeper may open their eyes, appearing confused, before getting out of their bed and walking around their room or house. While they will lack the full awareness they would have when awake, they may still engage in the kind of routine behaviors they might ordinarily have during the day, from opening windows to eating, getting dressed to rearranging a room. They may even urinate in unusual places. “Essentially, sleepwalking is an incomplete arousal from deep sleep. Some of the brain, like the parts that enable your motor skills, are awake but some of it is still fast asleep,” said Dr. Nisbet.

For the most part, these episodes rarely last more than a few minutes, although, in 2018, Current Biology journal reported that severe cases of sleepwalking have lasted several hours.

What causes sleepwalking to happen?

In many cases, sleepwalkers are simply genetically more predisposed to suffering than others. The Sleep Foundation estimates that around 22% of children whose parents have no prior history of sleepwalking will become sleepwalkers. However, that figure rises to 47% if one parent has experienced it, climbing still further to 61% if both of the parents were also sleepwalkers.

While sleepwalking is most common in children, it will usually subside by the time they enter their teens. If you’re an adult and you are still prone to sleepwalking, you might find that the likelihood, and frequency, of experiencing sleepwalking increases, especially if you’re also suffering from sleep deprivation and stress/anxiety. Certain medications, drinking alcohol, or having a full bladder prior to bed will also raise the chances of sleepwalking, as will the effects of suffering a head or brain injury. Even a change in your sleeping environment, such as staying in a hotel, could elicit a sleepwalking episode. “It might even be your mobile phone receiving notifications during the night,” Samantha Briscoe, Lead Clinical Physiologist for the London Bridge Sleep Centre at London Bridge Hospital in England told Live Science. “Anything that disrupts your sleep can trigger a sleepwalking event.”

People with psychological issues are also more prone to sleepwalking. “Patients with psychiatric illnesses or with post-traumatic stress disorder often get bad dreams or nightmares during the night, which can often lead to sleepwalking,” said Dr. Nisbet.

If you’re worried about sleepwalking, you should seek the advice of your doctor in the first instance. They might give you a physical exam to try to eliminate the possibility of other sleep disorders or even panic attacks. If you live with someone else, invite them to share with your doctor their experience of your sleep behaviors, and be sure to mention if there is a family history of sleepwalking too. A nocturnal sleep study, or polysomnography, where specialists record and monitor everything during your sleep from the oxygen levels in your blood to your heart rate, your eye movements to brain waves, could also help to determine what treatment you might require.

Improving your ‘sleep hygiene’ is critical too, as Dr. Angus Nisbet explained. “You have to be calm in that final hour before going to bed,” he said. “So avoid the blue light of devices and other stimuli before you retire for the evening. It will not only help you to get to sleep but help you to stay asleep as well.”

Treatment is imperative if the sleepwalker’s behavior proves not just disruptive to their own life and that of their family but also if it becomes dangerous. In June 2010, for example, The New York Times ran a feature on a young designer called Tobias Wong who was found dead in his home in New York City where he had, apparently, hanged himself during the night. Wong had a history of extreme sleepwalking incidents and his partner was convinced that he had taken his own life during one such episode.

A common technique to treat sleepwalking is the use of anticipatory awakenings, whereby the sleepwalker is woken up 15 minutes before they typically start sleepwalking. They are then left awake for a few minutes before being allowed to fall back to sleep again. The process is repeated for several nights until such time that the sleep pattern is finally broken. Hypnosis is also increasingly popular.

Specialists will also examine any underlying condition, like obstructive sleep apnea or restless leg syndrome in adults, and adjust any medication that may be playing a part in provoking a sleepwalking episode. Serious cases, meanwhile, may benefit from counseling and stress reduction/relaxation techniques while Cognitive Behavioral Therapy (CBT) has also been shown to help sufferers to approach their sleeping disorders in a different way. In extreme cases, a short course of sedatives may be prescribed to ensure unbroken sleep. “Generally speaking, sleepwalkers are treated in a non-pharmacological way, but if you are going use a drug to treat it then it will more than likely be benzodiazepine [which lowers brain activity] or sedating antidepressants in adults and melatonin for children,” added Nisbet.

And what should you do if you do find someone sleepwalking? Contrary to popular belief, it is not dangerous to wake a sleepwalker, not least because they will be confused and it will take minutes for them to fully come round. That said, the best course of action is to slowly guide them back to bed, using a quiet voice and simple commands. It’s better than trying to reason with them.

A journalist, editor and author with over 25 years experience in the sports, health and fitness sectors, Gavin has written for a wide range of titles, including The Guardian, The Observer and The Sun in the UK, as well as international titles such as The New York Post. He also currently writes health features for the Telegraph newspaper in the UK, specializing in midlife issues.