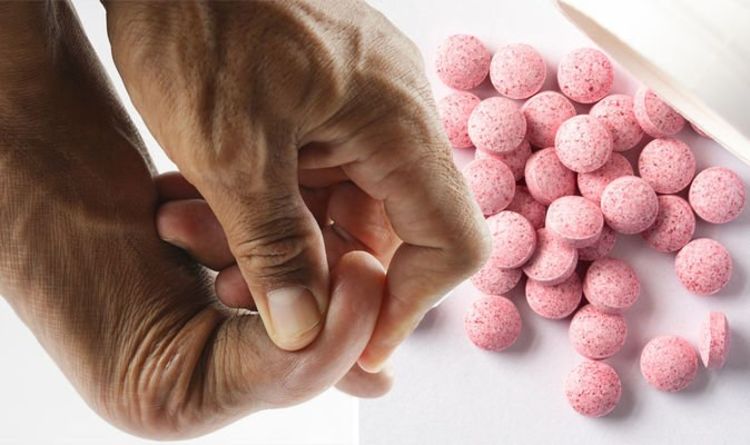 According to Harvard Health, vitamin B12 deficiency is “defined by low levels of stored B12 in the body that can result in anaemia, a lower-than-normal number of red blood cells.” Picking up the condition in the initial stages is essential for lowering the risk of negative health consequences down the line. Occasionally, a loss of vibration sense in the foot could be indicative of a shortfall in vitamin B12.

According to the health body Southern Cross, one sign of vitamin B12 deficiency could include an inability to perceive vibration in the legs.

Some academic journals state that the symptom may become obvious when a vibrating phone in one’s pocket goes unnoticed.

Southern Cross explains: “If left untreated vitamin B12 deficiency can cause progressive damage to the nervous systems – especially the nerves outside the brain and spinal cord.

“When the spinal cord is involved, the first symptoms include difficulty in feeling vibrations in the feet, loss of position sense and loss of muscle coordination.

READ MORE: Vitamin B12 deficiency: Two symptoms found in the mouth of the ‘sneaky harmful’ deficiency

“Other symptoms of untreated vitamin B12 may include weight loss, heart and blood vessel disease, an enlarged spleen and liver, exaggerated reflexes, mild depression and confusion, hallucinations, dementia, irritability and damage to the optic nerve.”

The symptom, described in the International Journal of Medicine as the mobile phone sign, is said to be a ‘subtle early sign’ of vitamin B12 deficiency.

“Diminished vibratory sensation in the lower extremities is a common early finding,” explained the authors.

They continued: “However, it is not specific, since similar effects may occur in other neurological illnesses, most commonly diabetic neuropathy.”

The authors detailed the case study of a 54-year-old computer engineer who noticed he could no longer feel his mobile ‘ring’ when it was set to vibration mode, in his pocket.

The patient, who had been a strict vegetarian for many years, was treated with vitamin B12 injections which he continued to receive at regular intervals.

The authors explained: “His serum B12 levels are currently normal, and he reported that he noticed an improvement in his memory and started to feel the vibrations of his mobile phone again, several weeks after commencing treatment.”

A loss of vibration is medically understood as the result of megaloblastic anaemia, which in the advanced stages is characterised by paranoia, delirium, and confusion.

Early diagnosis of the condition is important since it could help avert a myriad of adverse health outcomes.

The authors explain that cognitive decline, and an increased risk of vascular events and gastric cancer, are three complications to expect of unresolved B12 deficiency.

Where to find B12

B12 is naturally found in animal products or yeast extracts, so people who exclude these foods from their diet may be recommended supplementation with B12.

The Harvard T.H. Chan School of Public Health explains: “People who do not eat meat, fish, poultry or dairy are at risk of becoming deficient in vitamin B12 since it is only found naturally in animal products.

“Studies have shown that vegetarians have low vitamin B blood levels.

“Supplements and fortified food contain B12 in its free form, so they may be more easily absorbed.”