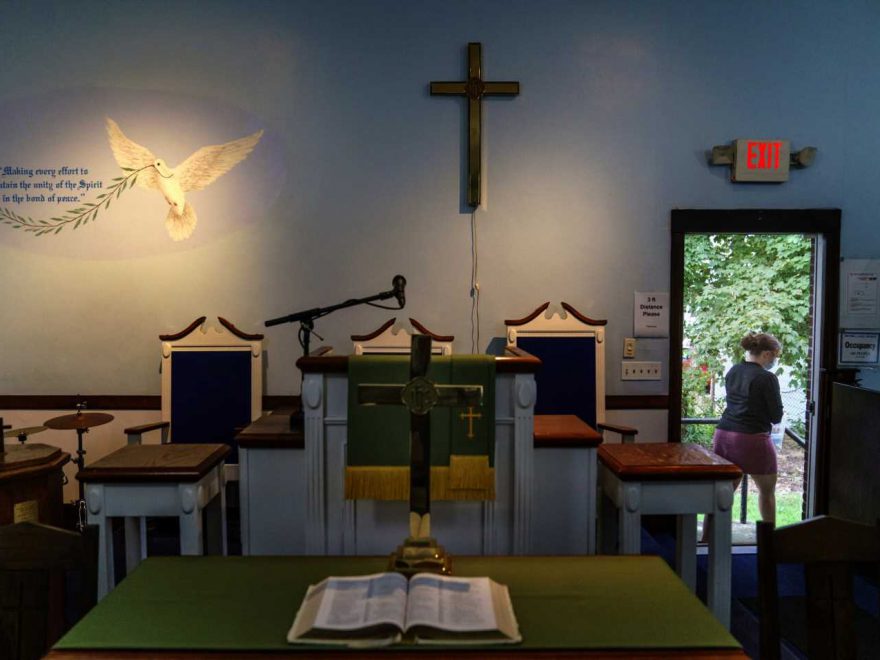 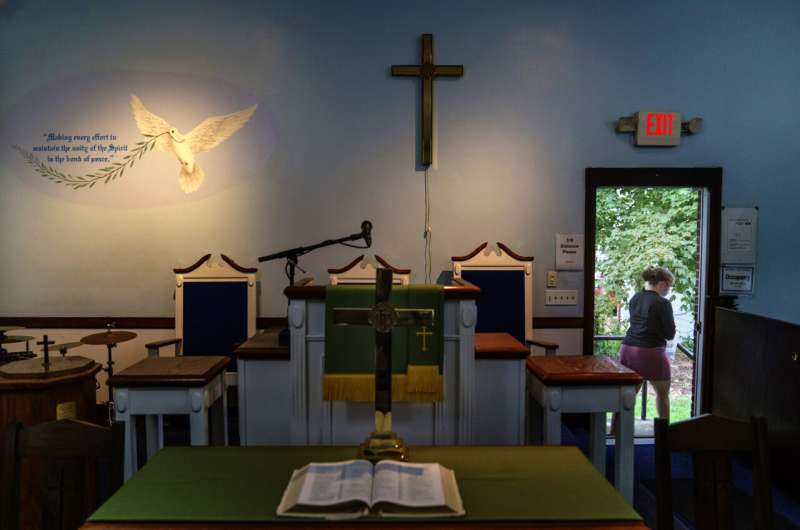 Despite having the highest vaccination rates in the country, there are constant reminders for most New England states of just how vicious the delta variant of COVID-19 is.

Hospitals across the region are seeing full intensive care units and staff shortages are starting to affect care. Public officials are pleading with the unvaccinated to get the shots. Health care workers are coping with pent-up demand for other kinds of care that had been delayed by the pandemic.

“I think it’s clearly frustrating for all of us,” said Michael Pieciak, the commissioner of the Vermont Department of Financial Regulation who monitors COVID-19 statistics for the state. “We want kids to be safe in school, we want parents not to have to worry about their child’s education and health.”

Even though parts of New England are seeing record case counts, hospitalizations and deaths that rival pre-vaccine peaks, largely among the unvaccinated, the region hasn’t seen the impact the delta variant wave has wrought on other parts of the country.

According to statistics from The Associated Press, the five states with the highest percentage of a fully vaccinated population are all in New England, with Vermont leading, followed by Connecticut, Maine, Rhode Island and Massachusetts. New Hampshire is 10th. 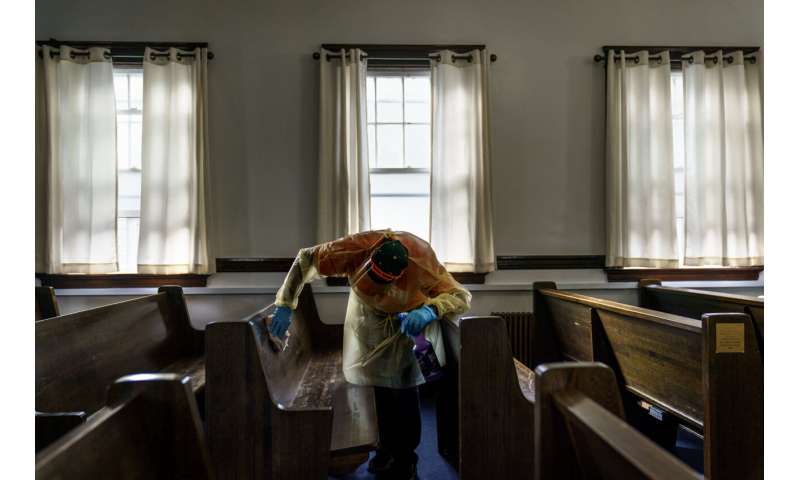 According to the AP data, full vaccination rates across the six New England states range from a high of 69.4% in Vermont to 61.5% in New Hampshire.

Despite the relatively high vaccination rates—the U.S. as a whole is averaging 55.5%—there are still hundreds of thousands of people across the region who, for one reason or another, remain unvaccinated and vulnerable to infection.

Now, a Rhode Island official said he didn’t think the 70% vaccination goal, once touted as the level that would help end the pandemic in the state, is enough.

“What we’ve learned with delta and looking beyond delta, is because that’s where our focus is as well, to really reach those levels of vaccination, to give you that true population level protection, you need to be in excess of 90%,” said Tom McCarthy, the executive director of the Rhode Island Department of Health COVID Response Unit. 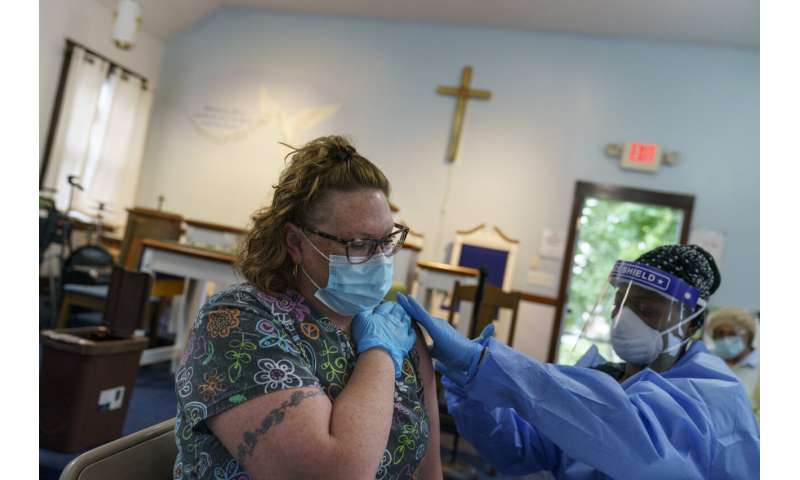 Officials throughout New England continue to push the unvaccinated to get the shots as well as bolster vaccine mandates.

Yet the head of UMass Memorial Health, the largest health system in central Massachusetts, said recently that regional hospitals were seeing nearly 20 times more COVID-19 patients than in June and there isn’t an ICU bed to spare.

In Connecticut, the Legislature just extended the governor’s emergency powers to make it easier to cope with the latest wave of the pandemic. 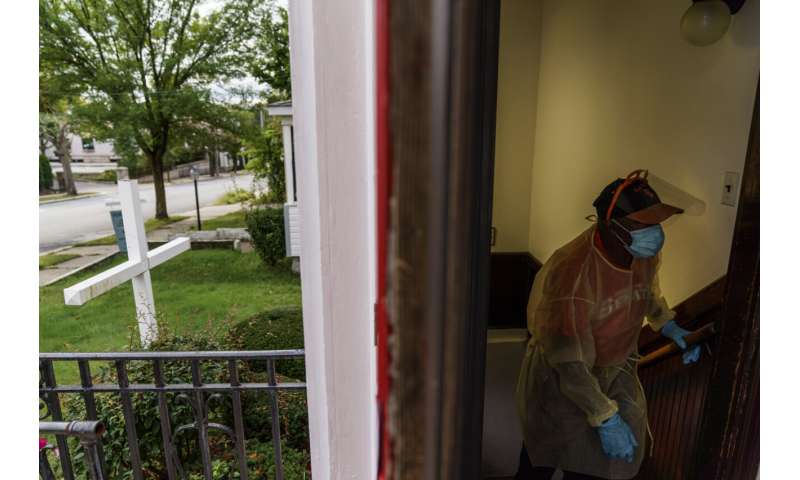 On Sept. 22, Maine had nearly 90 people in intensive care units, a pandemic peak for the state. Maine also recently passed 1,000 deaths since the start of the pandemic.

Dr. Gretchen Volpe, an infectious disease specialist at the 48-bed York Hospital in Maine, said the delta surge has made it harder to find care for patients who need more assistance.

“The physicians who are transferring people have commented to me that they keep having to go farther and call more places to achieve that goal, Volpe said.

On Friday, the United States crossed the threshold of 700,000 deaths from COVID-19. The deaths during the delta surge have been unrelenting in hotspots in the South. New England has been at the other end of the spectrum, but the region is still coping with the same surge that has ravaged other parts of the country. 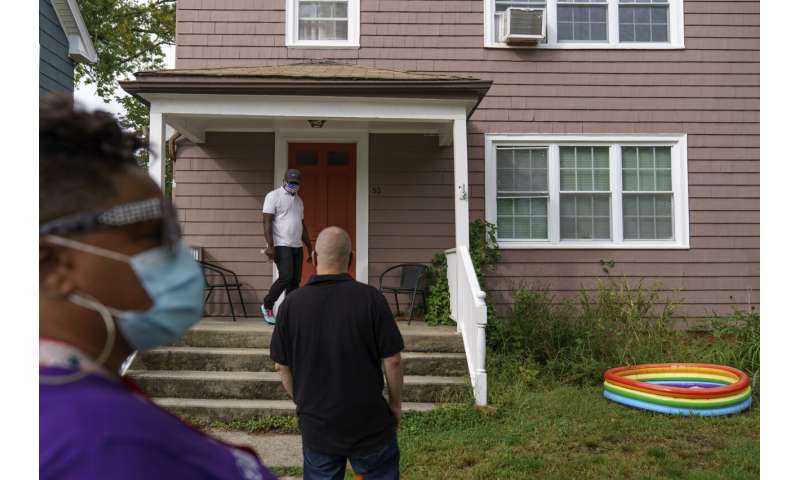 Vermont’s Republican governor, Phil Scott drew near-universal praise for his early handling of the pandemic, when his calm demeanor and reliance on the science kept his state among the safest.

But recently, he’s faced criticism by some, including Democratic leaders of the state Legislature and more than 90 employees of the Vermont Health Department who in August signed a letter urging him to do more to combat the delta wave.

Scott lifted Vermont’s state of emergency in June, when the state became the first to see 80% of its eligible population get at least the first shot.

He is now recommending that schools require masks and he’s urging people to wear masks in crowded indoor locations. But he won’t reinstitute required mitigation measures that were in place during the state of emergency.

“We can’t be in a perpetual state of emergency,” Scott said this week. 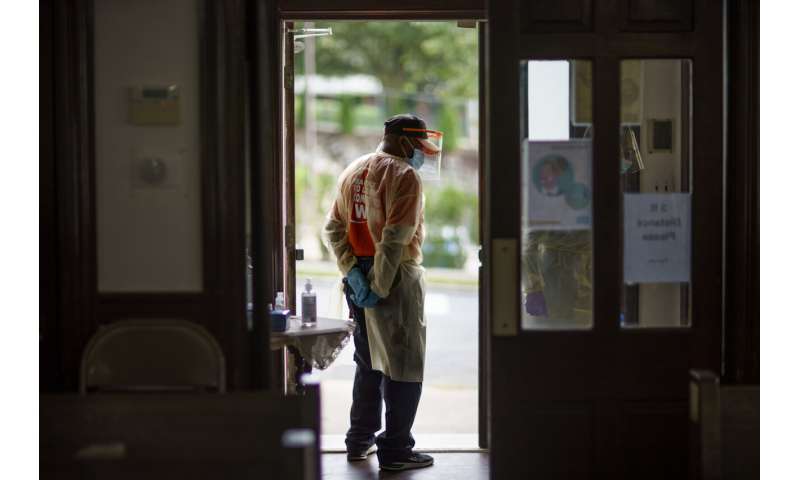 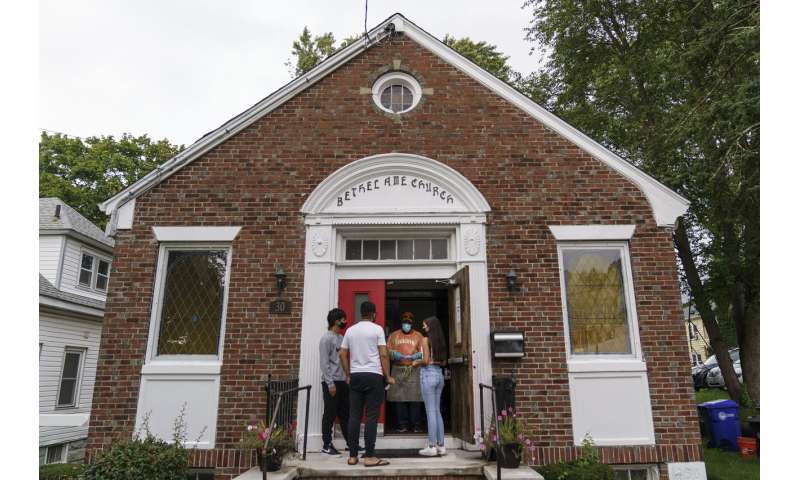 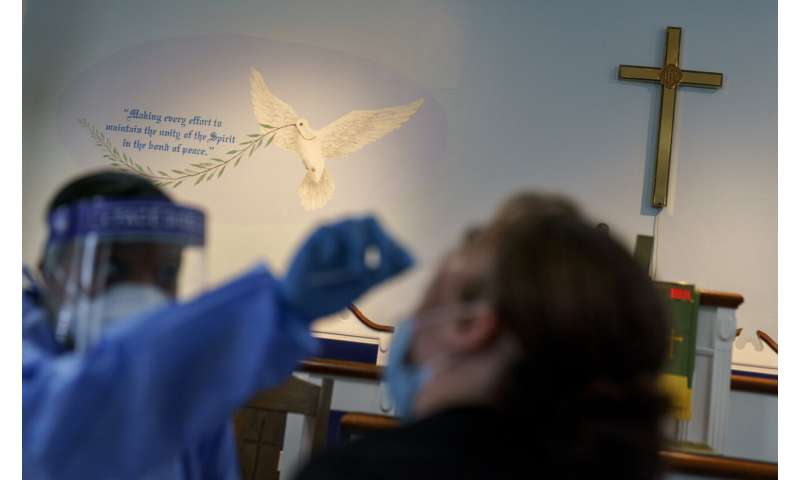 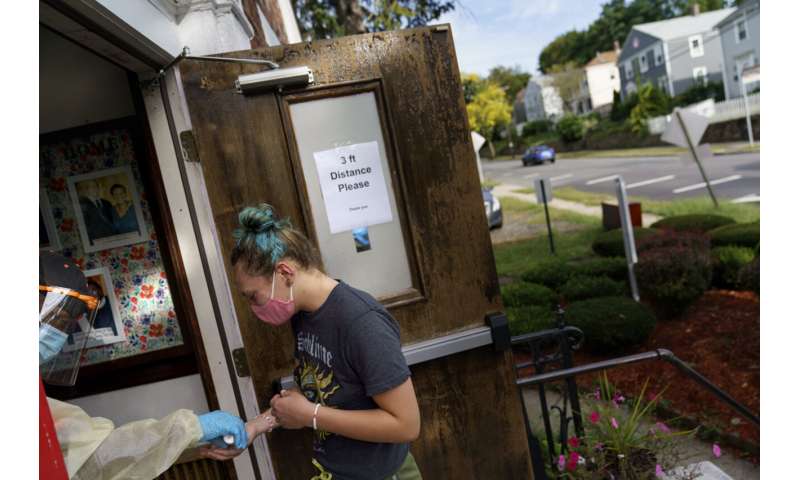 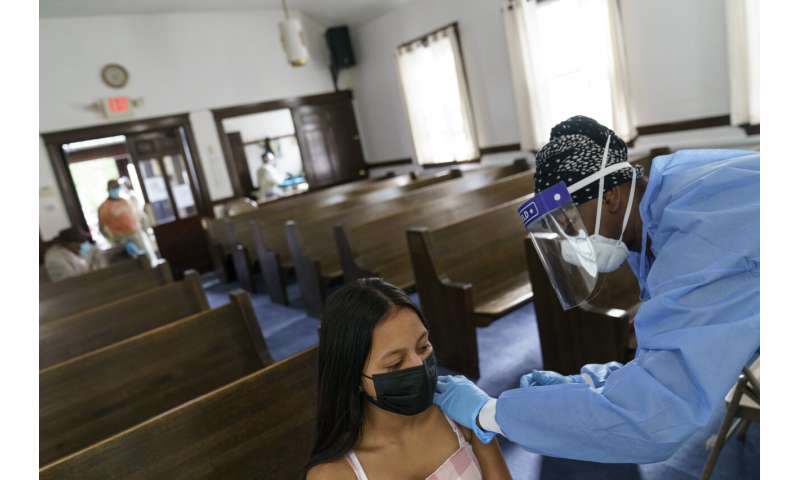 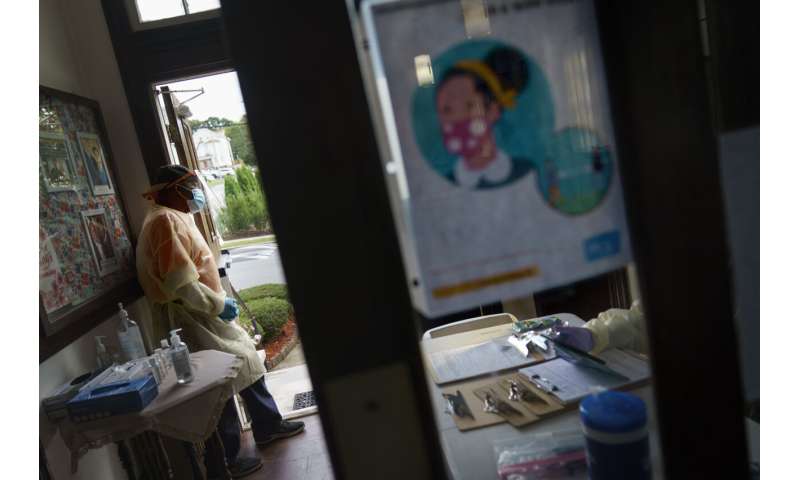 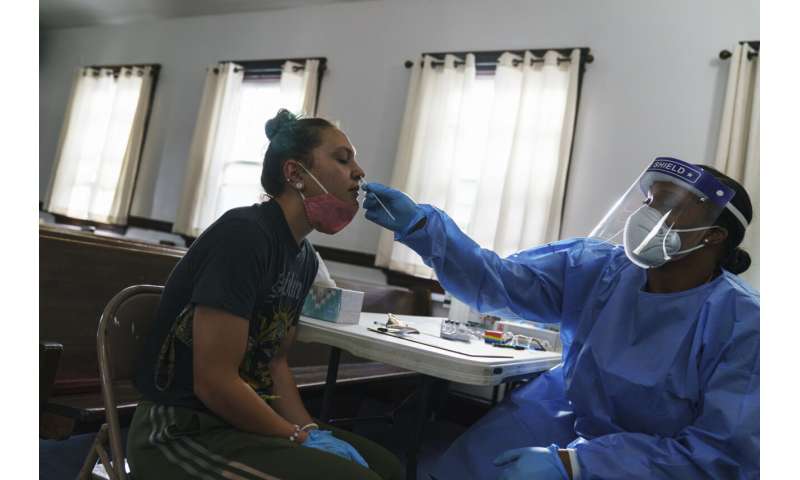 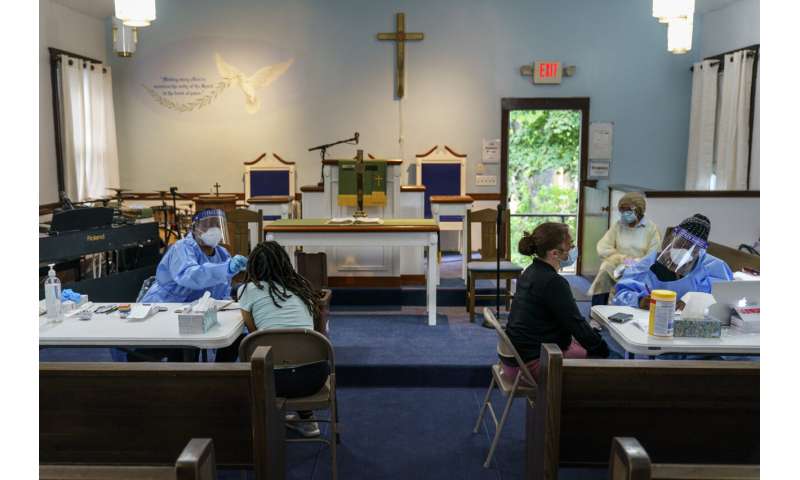 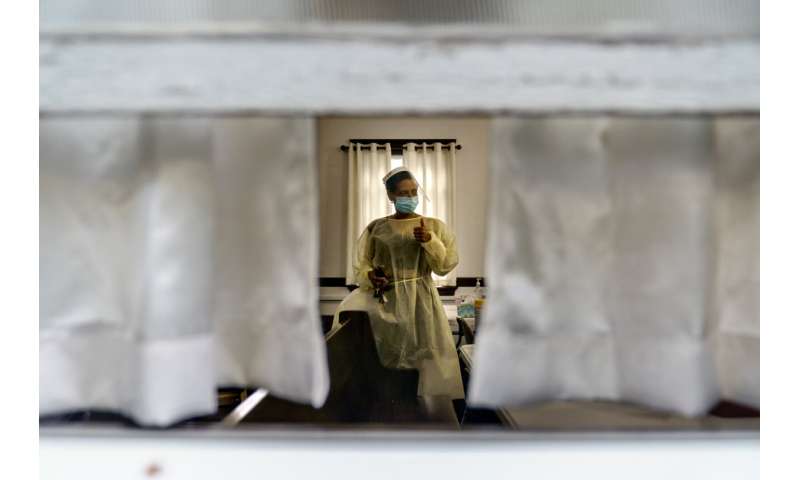 Dr. Tim Lahey, an infectious disease specialist at the University of Vermont Medical Center in Burlington, said he felt it was important to look at the situation more optimistically.

Unlike some others in the region his Vermont hospital is busy, not overwhelmed. People still need to be cautious, but they are not locked down and outside life has a semblance of normality.