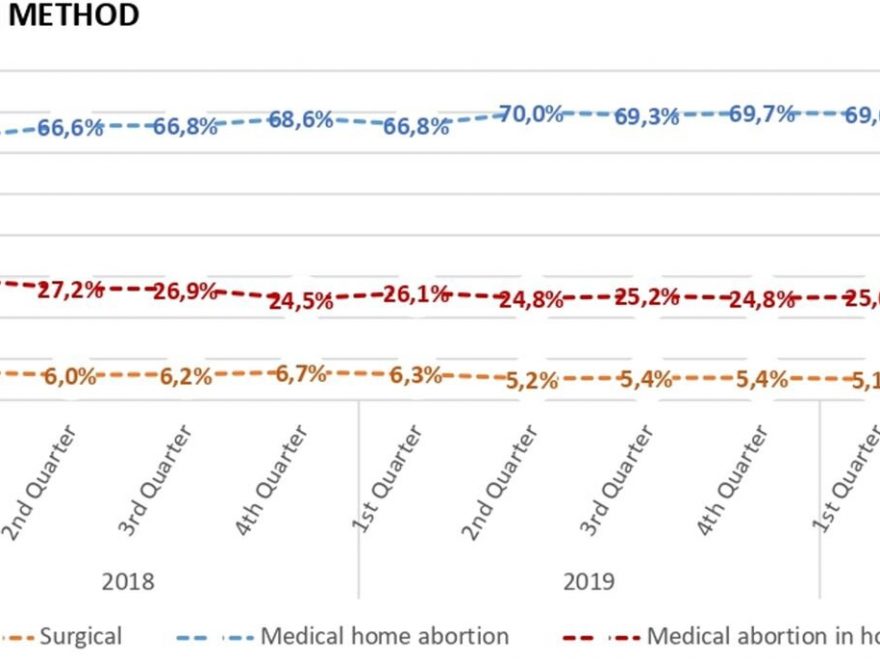 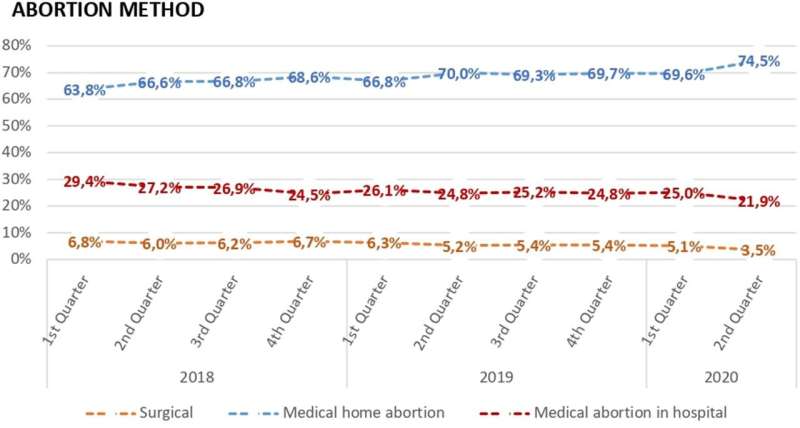 Swedish abortion care appears to have withstood the pandemic. During the first wave in 2020, abortion rates remained unchanged, and women did not hesitate to go through with abortions as planned, a study from the University of Gothenburg shows.

Sources include national register data on all women aged 15–44 who were resident in Sweden in the years 2018–2020: a total of approximately 1.9 million individuals. The study period comprises the time both before and after classification of the spread of COVID-19 as a pandemic.

The qualitative part is based on interviews with 15 women who sought care at abortion clinics during the first wave of the pandemic. These interviews focused both on the women’s encounters with abortion care—including access and risks of becoming infected and infecting others—and how their abortion decisions may have been affected by the fear of contracting COVID-19 during pregnancy, and by their perceived loneliness and social isolation during the pandemic.

Safety for women in Sweden

The results show that during the study period, compared with pre-pandemic figures, the numbers of abortions and ongoing pregnancies underwent no appreciable change. Neither was there any significant difference in the timing of the women’s abortion-seeking during pregnancy.

According to the study, responses to the interviewees’ apprehensions about care access and their own health were supportive. Those who sought abortions did not hesitate to go ahead with the decision.

“As we’ve been able to show, Swedish abortion care was relatively unaffected by the first pandemic wave. This is an important message to convey to women living in Sweden, to give them a sense of security,” says Johanna Rydelius, doctoral student in obstetrics and gynecology at Sahlgrenska Academy, University of Gothenburg; gynecologist at Sahlgrenska University Hospital; and the study’s first author.

Although the World Health Organization (WHO) emphasizes the importance of good abortion care, there have been indications that access to this care has been restricted during the COVID-19 pandemic. However, this does not seem to apply in Sweden, Rydelius states.

“A comparison with the rest of the world is interesting. There, trends have been in two totally opposing directions. In some countries, such as Hungary and Slovakia, the situation was one of drastically reduced access to abortion care and at times during the pandemic it’s been virtually impossible to undergo an abortion. On the other hand, there’s the situation that arose in the UK, where access drastically improved thanks to virtual care visits and delivery of drugs by mail.”