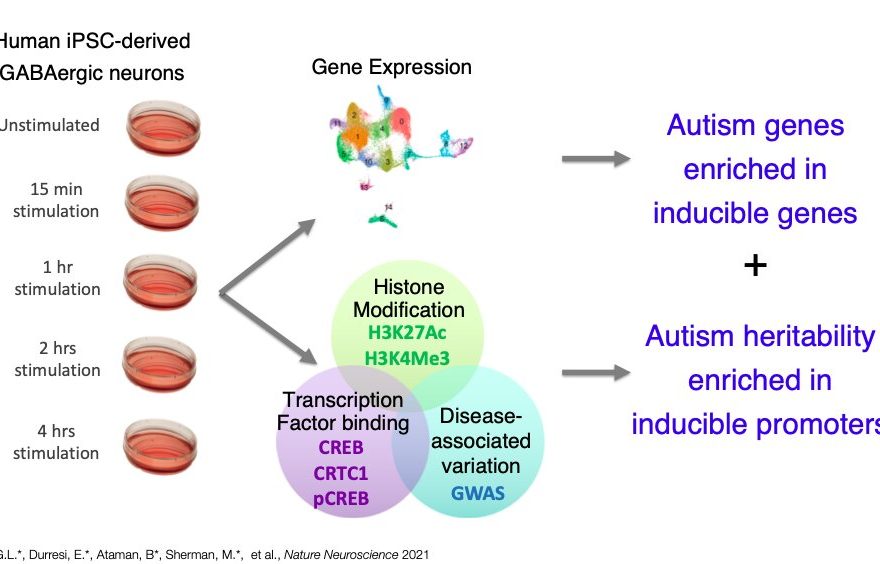 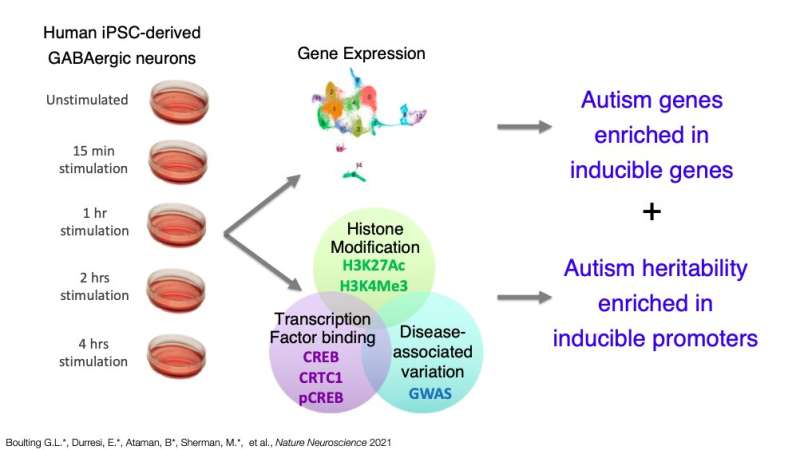 The expression of genes in response to neuronal activity can significantly influence the human brain’s development over time. While many neuroscientists have investigated the epigenetic effects of neuronal activity, most of their studies were conducted on mice, thus the understanding of these processes in humans is still very limited.

Past research consistently highlighted the role of alterations in GABAergic neuronal circuits in the development of a variety of neurological disorders. With this in mind, researchers at Harvard Medical School recently carried out a study aimed at characterizing neuronal activity-dependent transcriptional and epigenetic changes in humans using stem cell-derived GABAergic neurons.

“Our previous studies uncovered evolved activity-dependent gene expression in human neurons that is not found in a rodent brain,” Gabriella L. Boulting, one of the researchers who carried out the study, told MedicalXpress. “However, a genome-wide profiling of the human activity-dependent regulatory elements, which control gene expression and are important locations of evolution and disease-associated variation, was lacking.”

The study carried out by Boulting and her colleagues had a number of key objectives. Firstly, the researchers wanted to identify DNA elements that increase their activity in response to human neuronal activity, as well as proteins that control their functions. In addition, the researchers wanted to gain a better understanding of how DNA sequence variations associated with neurological diseases might be concentrated in these important sites of the human genome.

“We looked at changes in gene expression levels by RNA sequencing to uncover which genes were induced by neuronal depolarization in human stem cell-derived GABAergic neurons,” Boulting said. “We found genes to be induced that had not been previously observed to be regulated in that way.”

Some of the genes identified by Boulting and her colleagues resemble orthologue genes observed in other mammalian species, thus they are considered “conserved.” This means that they may have developed new ways of being regulated in humans. Other genes identified by the researchers, however, appear to be specific to the genomes of primates.

In their experiments, Boulting and her colleagues used a technique known as Chromatin immuno-precipitation, followed by a strategy called massively parallel sequencing (ChIPseq), to detect the regions of the human neurons’ DNA that are activated in response to neuronal depolarization. These are the regions responsible for driving the expression of activity-dependent genes in the brain.

“Using statistical models that apply the result of GWASs, we found that a subset of those DNA regions is enriched for ASD heritability, but not regions of DNA that did not change activity after depolarization,” Boulting said. “Our findings suggest that there are many human genes that play a role in neurological disease that are regulated in ways that we may not be able to study in rodents.”

The findings gathered by Boulting and her colleagues could have numerous important implications, as they could aid the current understanding of neurological diseases in humans and their development over time. One of the groups of genes they identified are those associated with autism. Overall, their paper suggests that careful functional studies of the neuronal activity-regulated parts of the human genome could lead to a better understanding of how disease-associated variation causes changes in the gene expression underlying symptoms of autism.