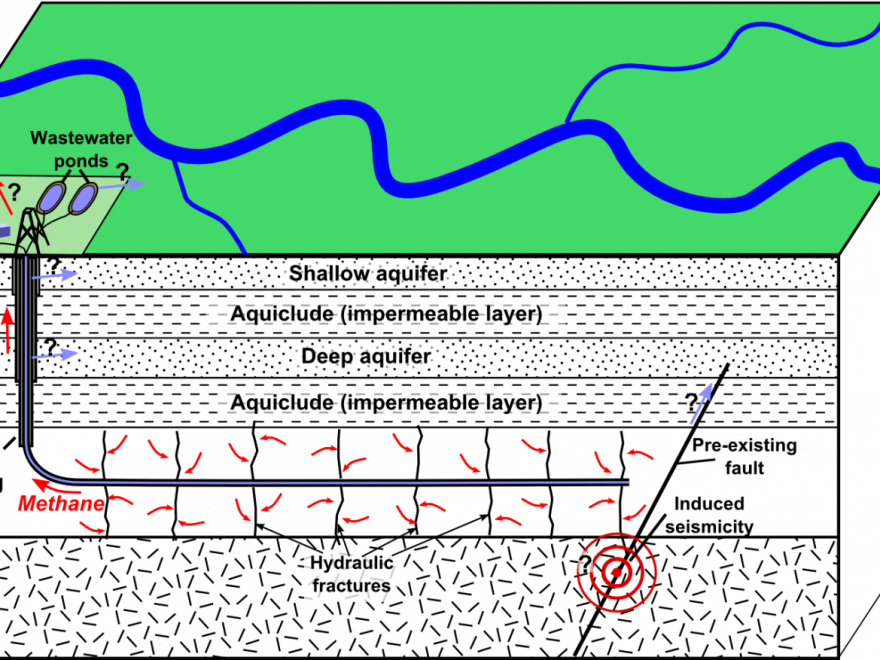 Among predictions of a second fracking boom in the US, the first evidence that chemicals found in ground water near fracking sites can impair the immune system will be published in Toxicological Sciences on May 1. The study, performed in mice, suggests that exposure to fracking chemicals during pregnancy may diminish female offspring’s ability to fend off diseases, like multiple sclerosis.

Fracking, also called hydraulic fracturing or unconventional oil and gas extraction, involves pumping millions of gallons of chemical-laden water deep underground to fracture rock and release oil and gas. About 200 chemicals have been measured in waste water and surface or ground water in fracking-dense regions and several studies have reported higher rates of diseases, like acute lymphocytic leukemia and asthma attacks, among residents in these areas.

“Our study reveals that there are links between early life exposure to fracking-associated chemicals and damage to the immune system in mice,” said Paige Lawrence, Ph.D., chair of Environmental Medicine at the University of Rochester Medical Center, who led the study. “This discovery opens up new avenues of research to identify, and someday prevent, possible adverse health effects in people living near fracking sites.”

Of the 200 fracking chemicals found in ground water, 23 were recently linked to reproductive and developmental defects in mice. Susan Nagel, Ph.D., associate professor of Reproductive and Perinatal Research at the University of Missouri School of Medicine and a co-author of this study, classified the chemicals as endocrine disrupters, meaning they can interfere with hormones and derail hormone-controlled systems.

Because the immune system is greatly influenced by hormones, Lawrence tested the immune impact of those 23 fracking chemicals on mice. Lawrence’s team added the chemicals to the drinking water of pregnant mice at levels similar to those found in ground water near fracking sites.

“Our goal is to figure out if these chemicals in our water impact human health,” said Lawrence, “but we first need to know what specific aspects of health to look at, so this was a good place to start.”

In Lawrence’s study, mouse pups – particularly females – who were exposed to a mixture of 23 fracking chemicals in the womb had abnormal immune responses to several types of diseases later on, including an allergic disease and a type of flu. What was most striking: these mice were especially susceptible to a disease that mimics multiple sclerosis, developing symptoms significantly earlier than mice that were not exposed to the chemicals.

At the heart of these abnormal immune responses lies an intricate mosaic of immune cells, each playing specific and important roles defending against infections, or preventing allergies or damage caused by uncontrolled immune responses. Some of these cells jump into action to fight off invaders, while others tamp down an immune response once an infection is under control.

Proper immune function requires a delicate balance of all of these players – which fracking chemicals appear to disrupt. Lawrence and her colleagues believe the chemicals derail cellular pathways that control which immune cells are spurred to action.