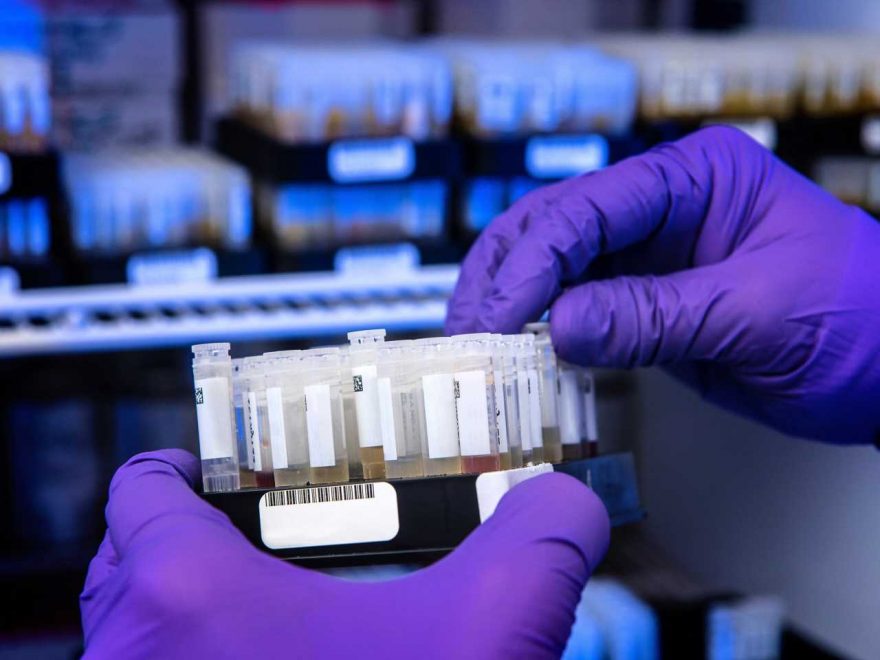 Researchers at Vanderbilt University Medical Center (VUMC) and the Baylor College of Medicine in Houston, Texas, have taken a big step toward developing targeted treatments and vaccines against a family of viruses that attacks the gastrointestinal tract.

Each year in the United States circulating strains of the human norovirus are responsible for approximately 20 million cases of acute gastroenteritis. Hallmark symptoms include severe abdominal cramping, diarrhea and vomiting.

Several vaccine candidates are in clinical trials, but it is unclear how effective they will be, given the periodic emergence of novel norovirus variants. Developing broadly effective vaccines will require an understanding of the genetic diversity of the virus and the mechanisms by which the immune system can neutralize it.

Reporting this week in the journal Nature Communications, the researchers isolated a panel of human monoclonal antibodies from subjects with a history of acute gastroenteritis that are cross-reactive and which neutralize a broad range of norovirus variants in laboratory tests.

They describe a conserved, antigenic site on the norovirus that could be used to reformulate vaccine candidates so that they are broadly effective against circulating viral strains. The monoclonal antibodies also could be used to treat or prevent norovirus infection directly or as diagnostic reagents, they added.

Leading the research were the paper’s corresponding authors, James Crowe Jr., MD, director of the Vanderbilt Vaccine Center, and B.V. Venkataram Prasad, Ph.D., the Alvin Romansky Chair in Biochemistry, in collaboration with Mary Estes, Ph.D., the Cullen Chair and professor of virology at Baylor College of Medicine.

First authors of the paper were Gabriela Alvarado, Ph.D., formerly of the Crowe lab, now at the National Institute of Allergy and Infectious Diseases, and Wilhelm Salmen, a graduate student in the Prasad lab.

“We were surprised to find naturally occurring antibodies that recognized so many different noroviruses,” said Crowe, the Ann Scott Carell Chair and professor of Pediatrics and Pathology, Microbiology & Immunology at VUMC.

“Previously, many experts thought that this would not be possible because of the extreme sequence diversity in the various groups and types of noroviruses in circulation,” he said. “The human immune system continues to surprise us in its capacity to recognize diverse virus variants.”

“One of the fascinating aspects of this study was the unexpected finding of where the human antibody attacks the virus for neutralization,” Prasad said.