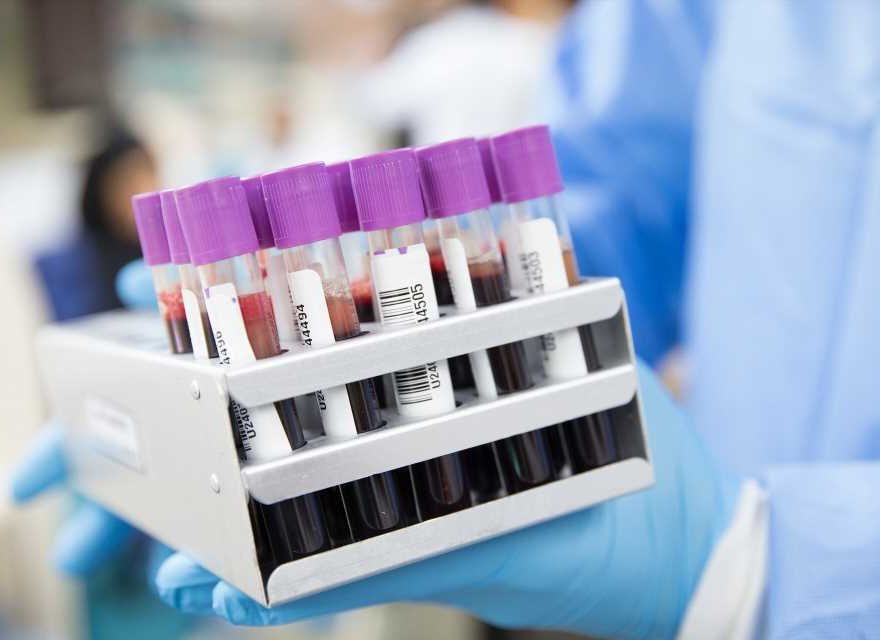 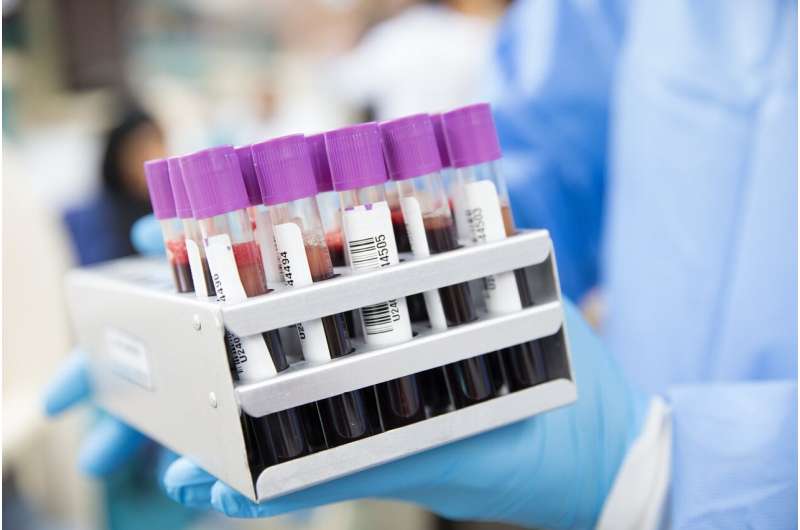 Multiple myeloma is a type of cancer that affects plasma cells, the blood cells involved in the production of antibodies. It is the second most common hematologic cancer, accounting for 2% of all cancers of hematologic origin.

Multiple myeloma is usually treated with a class of drugs called proteasome inhibitors, which induce the accumulation of damaged proteins within the cancer cells. Some patients show resistance to these drugs, but much of the molecular mechanisms that generate resistance are unknown.

Larissa Haertle and Santiago Barrio, from the H12O-CNIO Hematological Tumor Clinical Research Unit, have just identified one of these mechanisms in a collaborative work with the Würzburg University Hospital (Germany). They published their findings in the journal Clinical Cancer Research.

A collapsed ‘garbage can’

The proteasome is the component of the cellular machinery responsible for eliminating malfunctioning proteins, the cell’s equivalent of a garbage can. Proteasome inhibitor drugs prevent tumor cells from carrying out this cleanup, so they die, so to speak, from an excess of their own waste.

Previous studies, some of them also carried out by CNIO researchers, had already described the role of certain genetic mutations in the emergence of resistance to proteasome inhibitor drugs (Barrio et al., 2019, Leukemia). This new work, however, shows that these mutations do not explain the high levels of resistance observed in patients.

Epigenetics, at the heart of the matter

Epigenetic changes, on the other hand, are highly relevant. Epigenetics is an important mechanism for regulating gene expression through modifications of the DNA that do not affect its sequence of chemical parts, i.e., the nitrogenous bases, represented by the famous letters A, T, C and G, which make up the genes. DNA methylation—the addition of a methyl group -CH3 to a certain region of the DNA—is one of these epigenetic mechanisms.

In a paper published at the end of 2021, researchers had already described the involvement of this epigenetic mark in the emergence of resistance to immunomodulators, another type of drug used in the treatment of multiple myeloma. This result opened the door to the study of the role of this epigenetic mark in the resistance to proteasome inhibitor drugs in patients with multiple myeloma.

Indeed, the analysis of methylation in proteasome gene sequences has evidenced more methylation in the region that controls the initiation of transcription of a particular gene, called PSMD5.

The more methylation there is, the less activity this gene shows. “PSMD5 acts as a negative regulator of the proteasome. Its silencing, caused by methylation at its promoter, increases proteasome levels and decreases treatment efficacy,” explains Larissa Haertle, first author of the study.

This finding is “an important advance in the understanding of the molecular basis of resistance to proteasome inhibitor treatment,” adds Haertle.

In addition, it suggests that methylation levels in PSMD5 could be used as a biomarker predicting patient response to treatment with these drugs, something that is not currently available.

Laboratory trials have also shown that resistance can be reversed with demethylating agents, although the potential use of this alternative in patients will need to be confirmed in future research.

“These results are the first evidence of the role of epigenetic control in multiple myeloma drug resistance,” says Joaquín Martínez López, director of the H12O-CNIO Hematologic Tumor Clinical Research Unit. “That there is a possibility of reversal is promising.”