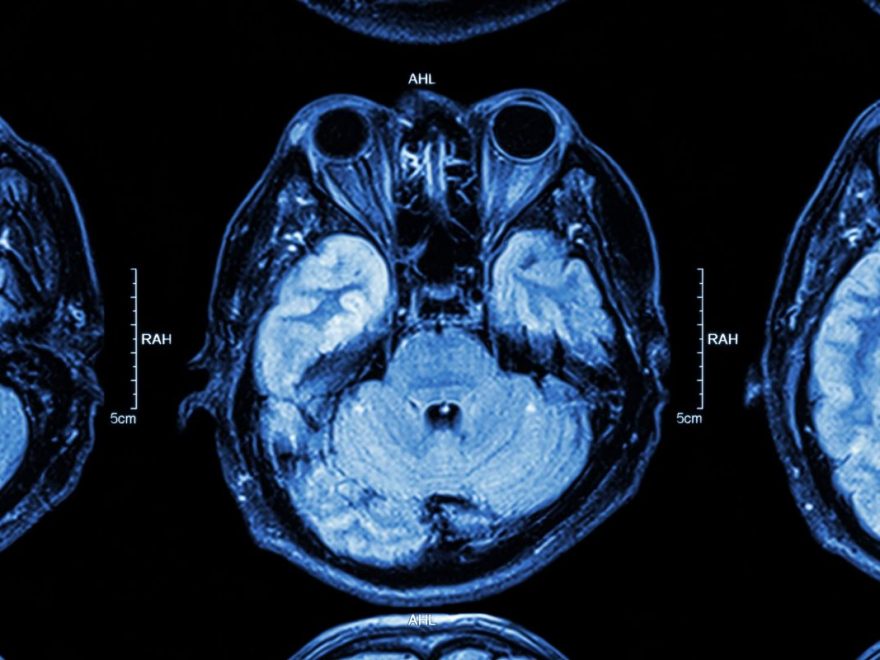 People with severe COVID-19 may be at risk for serious eye problems, a new study suggests.

The study researchers analyzed information from 129 patients in France who were hospitalized with COVID-19 and underwent brain scans with magnetic resonance imaging (MRI). Of these, nine patients, or 7%, showed signs of eye abnormalities. Specifically, the MRIs showed abnormalities called “nodules” at the back of their eyes, which can be signs of inflammation or direct damage to the eye, study lead author Dr. Augustin Lecler, an associate professor at the University of Paris, told Live Science in an email.

All nine patients had nodules in the macula, which is responsible for central vision, meaning the ability to see clearly in front of you. Eight of the patients had “bilateral” nodules, meaning they occurred in both eyes.

“The eye problems we found can be potentially very serious because they occur in the … macular region, which is the region responsible for giving us clear vision and the ability to see fine detail,” said Lecler, who is also a neuroradiologist at the Foundation Adolphe de Rothschild Hospital in Paris. “If persisting, it might potentially lead to severe vision loss or even blindness.”

The findings suggest that patients with severe COVID-19 may need to undergo screening for eye problems, the authors wrote in their paper, published Tuesday (Feb. 16) in the journal Radiology. They note that serious eye problems “might largely go unnoticed” among patients in the intensive care unit (ICU) as doctors focus on treating life-threatening symptoms of the disease.

“It is critical to remember that eye problems can go unrecognized in the ICU, and clinicians need to be vigilant in first identifying if there is an orbital [eye] problem to protect the patient’s vision,” Dr. Claudia Kirsch, the division chief of neuroradiology at Northwell Health Zucker Hofstra School of Medicine in Manhasset, New York, wrote in an accompanying editorial in Radiology.

COVID-19 has previously been linked with eye symptoms, including conjunctivitis, or pink eye, as well as damage to the eye’s retina, known as retinopathy. The new study is one of the first to report eye abnormalities tied to COVID-19 using MRI scans.

The exact cause of these nodules is unclear, but they could be signs of damage due to blocked blood vessels or bleeding in the eye, according to CNN.

—‘Eye’ can’t look: 9 eyeball injuries that will make you squirm

How the virus inflicts eye damage is also unknown. It’s possible that SARS-CoV-2, the virus that causes COVID-19, could infect the eye directly, given that cells in the retina are known to express the ACE2 receptor, which allows the virus to get inside cells, the authors said. Damage could also be due to the body’s inflammatory response to the disease.

The authors also cannot rule out the possibility that the nodules were the result of being severely ill. In particular, they note that patients who spend time in the ICU in the “prone position,” meaning on their stomachs, or who are intubated with a breathing tube are at risk for eye abnormalities due to increased pressure in the eyes. Most of the patients in the current study with eye abnormalities were in the prone position in the ICU for quite some time.

The study was limited because the researchers didn’t follow up with the patients to determine if the abnormalities were temporary, or if they resulted in any vision changes. (The study was “retrospective,” as the doctors reviewed patients’ records after the fact, and did not follow them forward in time.)

But the researchers are currently in the process of following up with these patients, and they are studying additional patients with severe COVID-19 using MRIs as well as comprehensive eye tests. They are also conducting similar studies on patients with mild cases of COVID-19, to see if these problems are specific to severe cases of the disease, Lecler said.