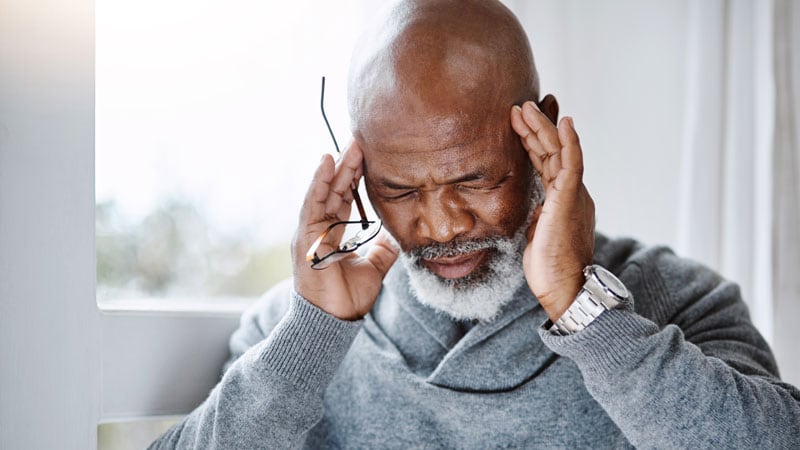 Patients with giant cell arteritis (GCA) remained in remission longer when they took secukinumab (Cosentyx) during a 6-month–long taper of glucocorticoids, a monoclonal antibody drug that inhibits interleukin-17A, compared with placebo, according to phase 2 trial results presented at the virtual annual meeting of the American College of Rheumatology.

The mainstay of GCA treatment is glucocorticoids, although IL-6 inhibition with tocilizumab (Actemra) has recently become another option, Jens Thiel, MD, vice director of the Clinic for Rheumatology and Clinical Immunology at University Hospital Freiburg (Germany), told attendees.

“Secukinumab has shown significant improvements in the signs and symptoms of IL-17A-driven medical conditions such as psoriasis and psoriatic arthritis, and it has a very favorable long-term safety profile,” Thiel said. “There is experimental and preclinical data that points toward the role of IL-17A in the pathogenesis of giant cell arteritis, and therefore IL-17A inhibition, blocking vascular inflammation, is potentially a new therapeutic target for GCA.”

Christopher R. Palma, MD, ScM, assistant professor in the division of allergy, immunology, and rheumatology at the University of Rochester (N.Y.), said in an interview that the trial’s preliminary findings were exciting because they suggest that IL-17A is likely to be an effective strategy for treating GCA. “This aligns with known pathophysiology of GCA, where IL-17A is an important part of pathology of disease,” Palma said.

In the randomized, controlled, double-blind trial, researchers enrolled 52 patients, all at least 50 years old, who had never taken a biologic for GCA. Most of the participants (80.8%) had new-onset GCA, diagnosed within the previous 6 weeks, and 19.2% had relapsing GCA. The participants received either 300 mg of secukinumab or placebo every week for 5 weeks, and then every 4 weeks for 48 total weeks. At baseline, all participants also began a 26-week taper of prednisolone from a dose of 25-60 mg/day at baseline to 0 at week 27. The primary endpoint was the proportion of participants in sustained remission through week 28.

Determination of flare was based on signs and symptoms along with a C-reactive protein level of more than 10 mg/L or an increased erythrocyte sedimentation rate. Thiel did not provide more details on these parameters or on how flares were determined, but reported that participants taking secukinumab did not reach a median time to first flare, compared to a median 197 days in the placebo group.

The trial’s effect size was large, but Palma noted that the study’s generalizability is limited by prednisolone tapering in the placebo arm because that’s not reflective of most clinical practice for treatment of GCA.

“We would be unlikely to mimic this trial design as we know rates of disease flare and recurrence are high without long-term therapy of some kind,” Palma said. “The real challenge will be in assessing relative benefit and risk among many possible therapies and how IL-17A–directed therapies fit in. Obviously, a head-to-head trial design would help answer many of these questions.”

Palma said it’s too early to recommend widespread off-label use of secukinumab for GCA, but he would encourage his patients with GCA to consider participating in a phase 3 trial of the drug.

Novartis, which markets secukinumab, funded the research. Thiel has received speaking and/or advising fees from AbbVie, Bristol-Myers Squibb, GlaxoSmithKline, and Novartis, and research grants from Bristol-Myers Squibb and Novartis. His coauthors had disclosures for a wide range of pharmaceutical companies. Palma has received research funding from AbbVie, Incyte, and Regeneron.