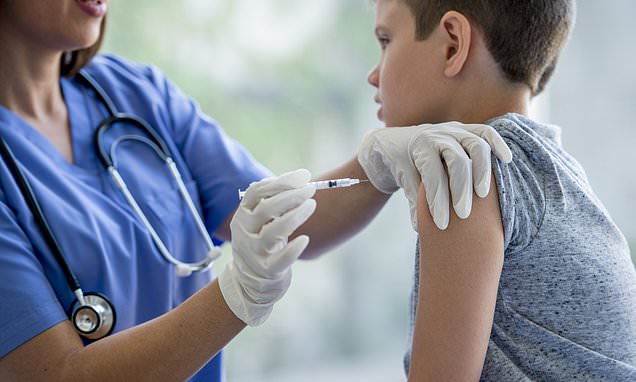 Hope for a universal flu vaccine: Scientists discover an antibody that could fight EVERY strain of the virus that strikes humans

An antibody has been discovered that could fight every strain of the flu virus, new research suggests.

The antibody, called 1G01, is an immune protein that recognizes and attaches to a foreign molecule.

In a study conducted in mice, scientists found that the antibody prevented all 12 flu strains – both human and nonhuman – from replicating and spreading throughout the body.

The team, led by Washington University School of Medicine in St Louis, Missouri, says the findings could lead to a universal vaccine that protects against all strains of influenza.

Additionally, researchers say it may even help create a drug that treats and protects against severe flu cases. 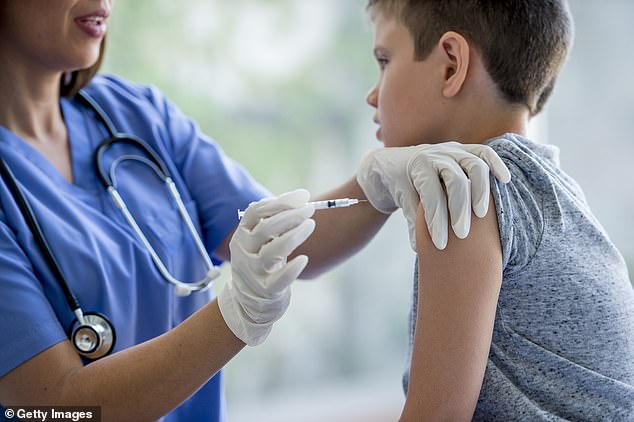 A new study from Washington University School of Medicine in St Louis has found an antibody that attacks a protein found on the surface of all flu viruses and prevents it from replicating, which could lead to a universal vaccine (file image)

The Centers for Disease Control and Prevention recommend getting the flu vaccine either in the form of a shot or a nasal spray. For those who choose to go with the injectable, there are two options.

The first is a trivalent vaccine, which protects against two influenza A strains, H1N1 and H3N2, and one influenza B strain.

The second option, the quadrivalent flu vaccine, protects against the same strains as the trivalent vaccine, as well as an extra influenza B virus.

Officials from the World Health Organization choose the strains for the vaccine that it believes will be the most common for the flu season.

‘Every year we have to design and produce a new vaccine to match the most common strains of that year,’ co-senior author Dr Ali Ellebedy, an assistant professor of pathology and immunology at Washington University, told DailyMail.com

‘But if we had one vaccine that protected against all strains, we could actually be able to say, even if we didn’t predict right, that we have a universal vaccine.’

The antibody, IG01, was discovered in the blood of patient hospitalized with the flu at Barnes-Jewish Hospital in St Louis in winter 2017.

His colleague at the Icahn School of Medicine at Mount Sinai in New York City tested the sample and found that IG01 blocked proteins across all flu viruses.

This was new because antibodies typically fight against one flu subtype, such as H1N1, but not across all subtypes.

For the study, published in the journal Science, the team gave mice given a lethal doses of the virus.

All three antibodies were effective against many strains, but IG01 protected against all 12 strains tested, including all three groups of human flu virus, and nonhuman strains, like avian which is lethal in humans.

‘We were surprised by how broad [the antibody] can protect,’ said Dr Ellebedy.

‘Even though they got sick, we were able to save the mice. And it worked even when we gave them the antibody three days after infection.’

He compared this to Tamiflu, which is currently the most widely used drug for severe flu infection.

Tamiflu must be administered with 24 hours of flu symptoms so, theoretically, the antibody could be used when it it’s too late to use Tamiflu.

So how does the antibody work?

IG01 attacks neuraminidase, a protein also found on the surface of the virus that helps it replicate throughout the body.

The antibodies have loops hat slide in between the active sites of neuraminidase similar to gears fitting in place.

This prevents neuraminidase from sending out new virus particles and allowing the virus to make copies.

‘We are in a time where we are desperately looking for a universal vaccine,’ said Dr Ellebedy.

‘We know where [the antibody] attacks and that allows us to tailor the vaccine to be able to optimally induce that particular antibody. We don’t think the current vaccines are doing that.’