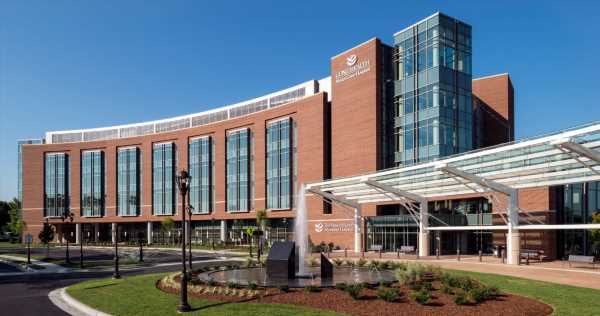 At Cone Health, based in Greensboro, North Carolina, upon admission, at transitions of care within the hospital and at discharge, clinical staff were making numerous phone calls to local pharmacies to reconcile patient medication histories, due to missing information from their previous medication history sources.

After they gathered the information, they had to enter it manually into the patient record, greatly increasing the likelihood of human error and the potential for adverse drug events (ADEs).

“It was the perennial problem that every health system has with documenting patients’ home medications,” said Tom Pickering, administrative coordinator for transitions of care at Cone Health. “I’ve been involved with this effort at Cone Health since it started back in 2005, when pharmacy got involved. Back then it was a slip of paper that the nurse would jot down the medicines on, and the doctor would sign it and send it to pharmacy.

“We would spend a lot of time clarifying, or questioning if things were right on there or complete,” he continued. “Then we got the electronic health record and things got better. And then we were able to have some prescription information coming into our Epic EHR, but it was spotty. There were problems with completeness; sometimes it wasn’t all of the information that was out there, we weren’t getting everything.”

So in an attempt to better the improvements that came with the EHR, Cone Health turned to the MedHx system from health IT vendor DrFirst.

“The bottom line was we would get more data and the data would be better,” Pickering explained. “It was to improve upon the supplier of our electronic prescription data by having more connections with pharmacies and more sources for their data, so that just by looking in our EHR we would be able to see almost all of that patient’s prescription information, with fewer holes in the data.”

The second piece of the solution was better data, because DrFirst claimed its technology would fill in some of the blanks on some of the missing information that Cone Health received, and would make it a little bit easier and faster to import the information into the provider organization’s record.

“Our previous supplier of data got it from the pharmacy benefit manager or claims history,” Pickering recalled. “So we knew if you got a prescription and paid cash for it, it would not show up. We just knew it was not as complete. So what DrFirst’s product proposal was, was that they would connect directly with pharmacies, and not rely on insurance claims as the only source of information. So, additional sources of data.”

Cone Health has a team of pharmacy technicians who do medication history interviews. They go in the patient’s room with a laptop and they talk to the patient about their medications. They review what Cone Health already has in its system, and they look for additional data coming in from the outside sources as a way to help the patient piece together an accurate list of what they’re taking and how they’re taking it.

“It’s flipping back and forth from our EHR to the outside sources information and using that information to piece together what the patient is taking,” Pickering said. “Most of the time patients do not have a perfect handle on everything, so we’re able to jog their memory and talk to them about recent prescriptions that we see.

“Having more of that data in there at our fingertips at the time of interview reduces the number of times that we have to interrupt the interview because the patient doesn’t know any of the details, and we have to go call their pharmacy and get information, and come back and revisit them,” he added. “With more complete data at the time of the first interview, it makes the job a little bit easier to do.”

In the first three months after the MedHx implementation, Cone Health clinical staff experienced a 21% increase in accuracy and completeness of medication history, which led to a 10% improvement in their ability to gather timely and accurate medication histories.

“Measuring this work is very challenging,” Pickering noted. “It’s a challenge to get objective data of improvement because of the nature of the job and variation between patients and how long it takes with certain patients. So that is a difficult thing.

“What DrFirst did was they have a pre- and post-implementation survey,” he continued. “That showed that, among all of the Cone Health users, so not just my folks in pharmacy, but all the doctors and nurses in the community, everyone using our version of Epic, there was an improvement in their satisfaction with that part of their job.”

“My peers would know exactly the trouble. Everyone’s facing the same problems,” Pickering commented. “There’s this continual evolution of the healthcare data that is available and ways to obtain it. So it’s getting better over the years. I would tell my peers that any way they are able to increase the amount of prescription data coming into their system is a huge advantage. And they would readily agree.”

One of the biggest barriers to conducting accurate medication histories in a timely fashion is the basic need for data, he added.

“And I should say, when you’re interviewing patients, it’s very common for patients to say, ‘Isn’t that information in the computer?'” he concluded. “Well, ‘in the computer’ is a very simplified thing for them. But it’s actually very complex. Any way you can get more data flowing in that you can rely on is going to improve your ability to do medication histories.”