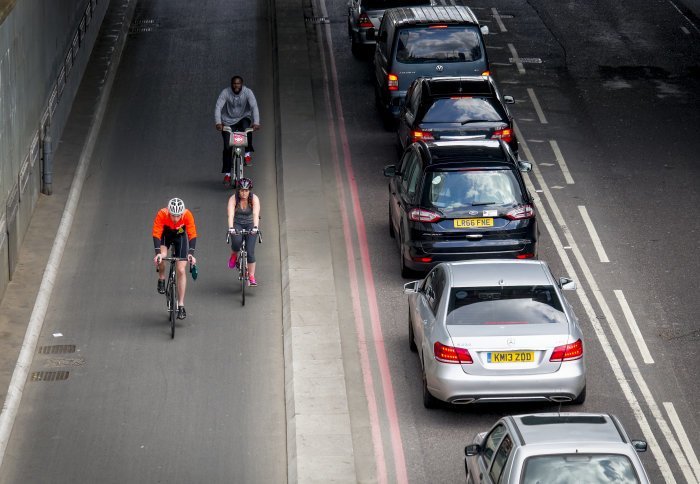 Daily travel by bike leads to the lowest BMI, according to a study of seven European cities, suggesting cities should promote active commutes.

The analysis of data from seven European cities – part of the European Commission funded Physical Activity through Sustainable Transport Approaches (PASTA) project – suggests that daily cyclists weigh less than their non-active counterparts. The research was led by Hasselt University and the Flemish Institute for Technological Research, and included Imperial College London researchers.

The study, published in the journal Environment International, also finds that riding an electric bike (e-bike) is associated with a higher BMI as compared to regular cyclists. In ascending order, cyclists have the lowest BMI, then walkers, public transport users, motorcyclists, users of an electric bike, and finally car drivers, who have the highest BMI.

By following over 2000 urban dwellers over time, the team found that men who switch from car driving to cycling for their daily travel lose on average 0.75 kg of weight, with an average decrease in BMI of 0.24. For women, this was a little bit less.

Promoting active travel in cities may therefore provide an opportunity to fight the obesity epidemic, as well as tackle air pollution. As part of the PASTA project, researchers have listed a number of good practices for cities to promote active mobility.

“As well as promoting better health, cities that encourage cycling are giving themselves a better chance of meeting air quality objectives.”

The team also found that people who cycle at least occasionally to go to work or to run errands maintained their weight. First author of the study Dr. Evi Dons from Hasselt University said: “In this way, cycling prevents overweight people from gaining additional weight and it prevents those who are of normal weight from becoming overweight or obese.”

The new study followed people over time, providing a more concrete link between cycling and BMI than studies that just survey people at one point in time. It also meant the results were not skewed by only taking into account people who were already cyclists, as someone of a lower weight is more likely to cycle in the first place.

By going back to the same people as they took up cycling, the researchers could gauge the true effect on the people’s health and BMI.