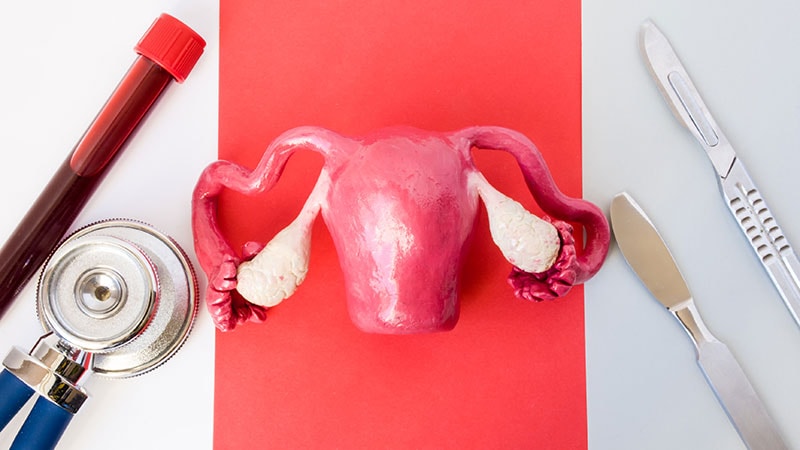 Despite a lack of evidence and high cost, laser therapy continues to attract many women seeking “vaginal rejuvenation” to help reverse the physical symptoms of menopause.

Recent reviews of the medical literature continue to show that laser treatment appears to be less effective than estrogen at improving vaginal dryness and pain during sex, according to Cheryl B. Iglesia, MD, a professor of ob.gyn. and urology at Georgetown University, Washington.

“Laser for GSM [genitourinary syndrome of menopause] is showing some promise, but patients need to be offered [Food and Drug Administration]–approved treatments prior to considering laser, and users need to know how to do speculum and pelvic exams and understand vulvovaginal anatomy and pathology,” Iglesia, who directs the section of female pelvic medicine and reconstructive surgery at MedStar Washington Hospital Center, said in an interview, adding that patients should avoid “vaginal rejuvenation” treatments offered at med-spas.

Iglesia reviewed how these lasers work and then discussed the controversy over their marketing and the evidence for their use at the annual meeting of the North American Menopause Society.

By 3 years after menopause, more than half of women experience atrophy in their vagina resulting from a lack of estrogen. Marked by a thinning of the epithelium, reduced blood supply, and loss of glycogen, vulvovaginal atrophy is to blame for GSM.

Vaginal laser therapy has been a popular option for women for the last decade, despite a lack of evidence supporting its use or approval from regulators.

According to Iglesia, the evidence for vaginal laser therapy is mixed and of generally low quality. A systematic review published in the Journal of Sexual Medicine (2022 Jan 29. doi: 10.1016/j.jsxm.2021.12.010) presented mostly low-quality evidence from 25 studies and found promising data for genitourinary symptoms but not enough to justify its use for genitourinary symptoms just yet. Iglesia discussed her own small, multisite study of 62 participants, which compared vaginal laser with vaginal estrogen and found no differences between the two for multiple outcomes. (The study would have been larger if not for interruption from an FDA warning for an Investigational Device Exemption.)

A JAMA study from Australia found no difference between laser therapy and sham laser therapy, but the most recent systematic review, from JAMA Network Open, found no significant difference between vaginal laser and vaginal estrogen for vaginal and sexual function symptoms. This review, however, covered only the six existing randomized controlled trials, including Iglesia’s, which were small and had a follow-up period of only 3-6 months.

“There have only been a few randomized controlled trials comparing laser to vaginal estrogen therapy, and most of those did not include a placebo or sham arm,” Monica Christmas, MD, director of the Center for Women’s Integrated Health at the University of Chicago Medicine, said in an interview. “This is extremely important, as most of the trials that did include a sham arm did not find that laser was better than the sham.” Christmas was not a part of the presentation but attended it at NAMS.

The bottom line, she said, is that “current evidence is not sufficient to make conclusions on long-term safety or sustainability, nor is there compelling evidence to make claims on equivalence to vaginal estrogen therapy.” Currently, committee opinions from a half-dozen medical societies, including NAMS, oppose using vaginal laser therapy until rigorous, robust trials on long-term safety and efficacy have been conducted. The International Continence Society and International Society for the Study of Vulvovaginal Disease issued a joint statement in 2018 that emphasized that histologic changes from lasers do not necessarily equate with changes in function. The statement noted the lack of evidence for laser treatment of incontinence and prolapse and stated that it should not be used for vulvodynia or lichen sclerosus.

A 2020 statement from NAMS found “insufficient placebo-controlled trials of energy-based therapies, including laser, to draw conclusions of efficacy or safety or to make treatment recommendations.” A slightly more optimistic statement from the American Urogynecologic Society concluded that energy-based devices have shown short-term efficacy for menopause-related vaginal atrophy and dyspareunia, including effects lasting up to 1 year from fractionated laser for treat dyspareunia, but also noted that studies up to that time were small and measure various outcomes.

Given this landscape of uneven and poor-quality evidence, Iglesia provided several “common sense” recommendations for energy-based therapies, starting with the need for any practitioner to have working knowledge of vulvovaginal anatomy. Contraindications for laser therapy include any malignancy – especially gynecologic – undiagnosed bleeding, active herpes or other infections, radiation, and vaginal mesh, particularly transvaginal mesh. The provider also must discuss the limited data on long-term function and treatment alternatives, including FDA-approved therapies like topical estrogen, dehydroepiandrosterone sulfate (DHEA-S), ospemifene, and moisturizers, Iglesia said.

Adverse events associated with laser therapy, such as scarring or burning, are rare but do occur, and cost remains an issue, Iglesia said.

“Vaginal estrogen therapy is well established as a safe and effective treatment option based on high quality evidence,” Christmas said. “This is not the case for laser therapy. Rare, but serious harms are reported with vaginal laser, including burns, scarring, dyspareunia, pain, and potential irreversible damage.”

Iglesia also cautioned that clinicians should take extra care with vulnerable populations, particularly cancer patients and others with contraindications for estrogen treatment.

For those in whom vaginal estrogen is contraindicated, Christmas recommended vaginal moisturizers, lubricants, dilators, and physical therapy for the pelvic floor.

“In patients who fail those nonhormonal approaches, short courses of vaginal estrogen therapy or DHEA-S suppository may be employed with approval from their oncologist,” Christmas said.

Iglesia had no industry disclosures but received honoraria for consulting at UpToDate. Christmas is a consultant for Materna. The presentation did not rely on any external funding.