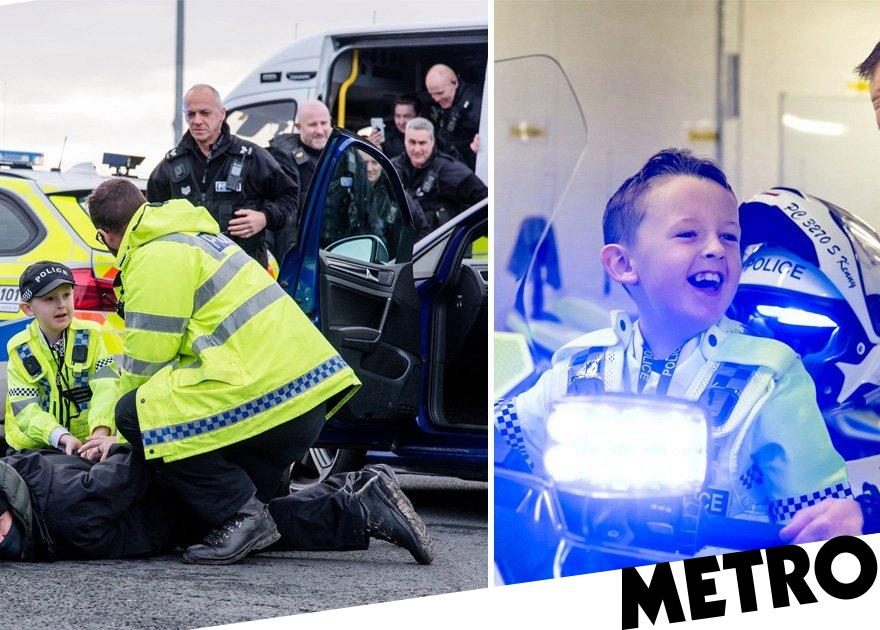 Allan Harris is living with a soft tissue tumour in his stomach called rhabdomyosarcoma.

After spending lots of time in hospital, he wanted a special day out and charity Make-A-Wish was on hand to give him just that.

The seven-year-old, from Swansea, dreams of being a police officer one day and the charity were able to get West Yorkshire Police to step in and give Allan a day to remember.

They staged a fake crime, raid and arrest to show him every part of what their day involves.

The foundation organised for him to travel from Wales and spend the day at West Yorkshire Police’s training and development centre working on a special operation codenamed Avenger.

He was given his own uniform and they day started with a police escort as he travelled to the centre in Wakefield.

The first task was to give him some training and officers were on hand to show him how to dust for prints and put handcuffs on a suspect before the operation began.

They then took him in the van, decked him out in extra protective gear and showed him how they controlled a riot.

Next up, he got to help them raid a house, using a ram to open the door.

Allan got to ride a police motorbike and even try out the siren before they staged a firearms incident.