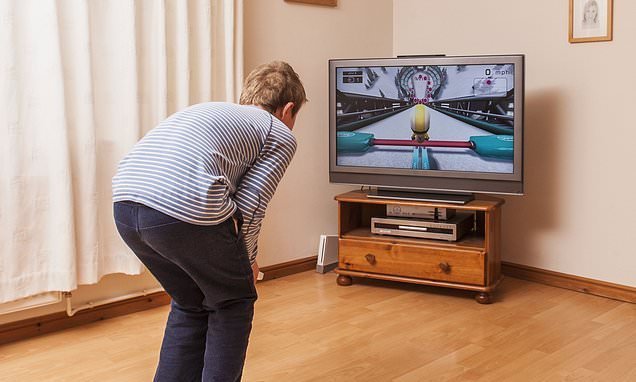 Playing video games like Nintendo Wii can reduce lower back pain by 30 percent in patients aged 55 and over, study reveals

Playing video games such as Wii fit can reduce chronic lower back pain by up to 30 per cent, according to a new study.

Researchers from the University of Sydney in Australia investigated the effects of physical video-game exercises and discovered a marked alleviation in pain.

Those taking part were given a Nintento Wii-Fit-U and asked to complete aerobic exercises three times per week for an hour. 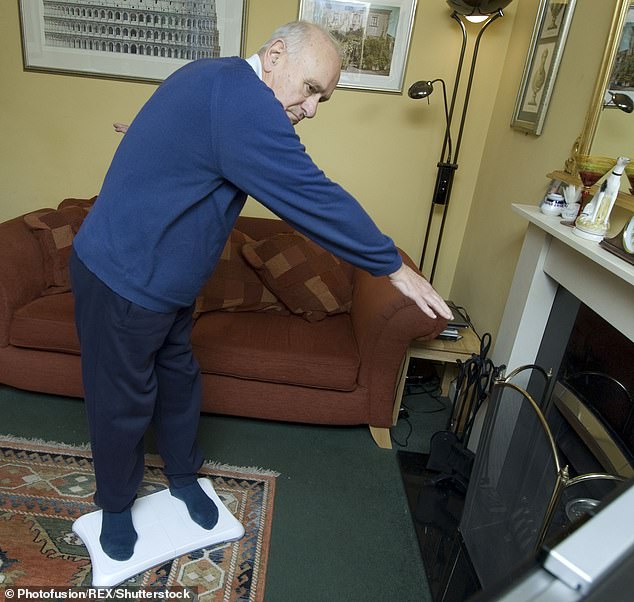 The results revealed a further 23 per cent increase in physical function from the video game exercises.

In the study, 60 participants aged 55 and over took part in a control trial.

Study author Dr Joshua Zadro, a physiotherapist with the University of Sydney School of Public Health, said: ‘Our study found that home-based video game exercises are a valuable treatment.

‘It is a great option for older people suffering from chronic low back pain as participants experienced a 27 per cent reduction in pain.’

The trial consisted of a randomised video game study that used people with an average age of 67-years-old.

Researchers aimed to evaluate the effectiveness of self-managed, home-based game exercises on solving back pain.

Low back pain (LBP) is the most disabling and costly musculoskeletal condition worldwide and is most common among the elderly.

Chronic LBP becomes more severe and disabling with age, and can have a significant impact on physical functioning.

‘The effect of the eight-week video-game program was comparable to exercise programs completed under the supervision of a physiotherapist.

‘Structured exercise programs are recommended for the management of chronic LBP, but there is poor compliance to unsupervised home-exercises.

‘Our study however had high compliance to video-game exercises, with participants completing on average 85 per cent of recommended sessions.’

The video game exercises were interactive, with video and audio instructions, provided feedback on a patient’s technique and scored them on their performance.

Researchers said that these features were ‘extremely motivating’ and likely explain why compliance to this program was much higher than other trials.

Dr Zadro said: ‘These exercise programs could be a unique solution to increase older people’s motivation to self-manage their chronic LBP through home-exercise. 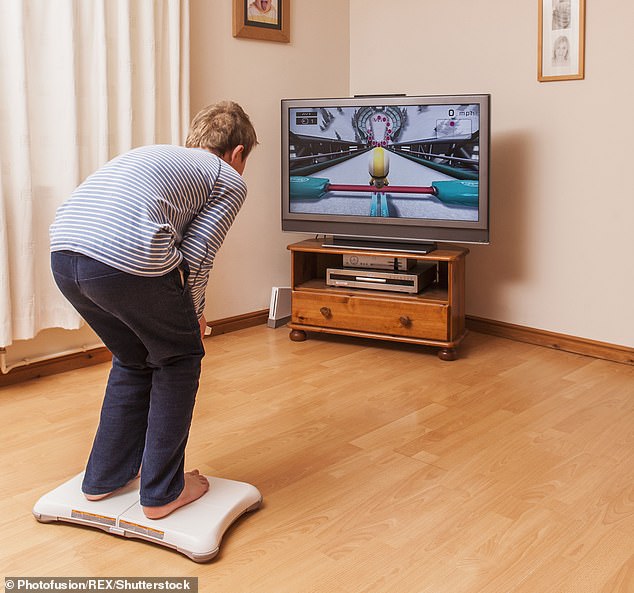 ‘This home-based program has great potential as supervised physiotherapy visits can be costly and people who live in remote or rural areas can face barriers accessing these services.’

He said: ‘Given the enormous global cost of chronic low back pain, increasing an individual’s capacity to self-manage their pain, while reducing the need for therapist supervision, should be a priority.

‘Home-based video-game exercises could be a solution to this problem as they reduce reliance on a healthcare system with scare resources.

‘Video-game units are low cost at around £150 and patients wouldn’t need to travel to treatment clinics.

‘This study highlights the potential cost-effectiveness of this new approach to the management of low back pain, particularly since it can be implemented on a large-scale and to people in remote communities with limited access to treatment providers.’

Dr Zadro added: ‘This study shows a promising new direction in the treatment of older people suffering from lower back pain.

‘The global population of people over 60 years old is expected to triple by 2050, so more research on this population is extremely important.’

The study, published in the journal Physical Therapy, received no funding from Nintendo Wii.