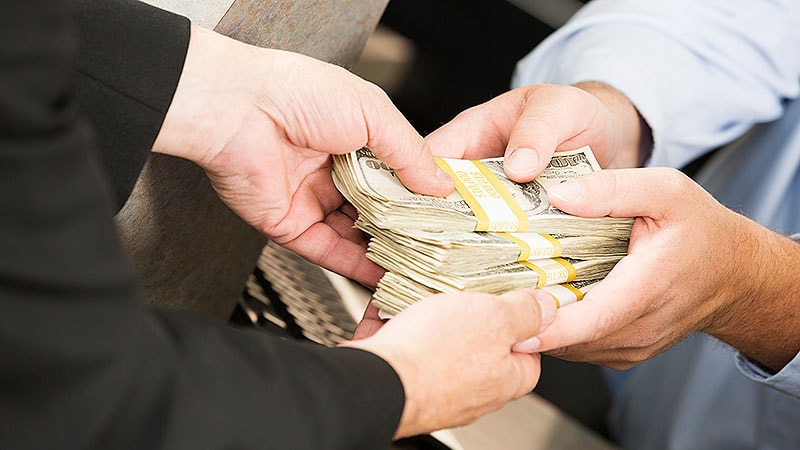 The financial burden on patients receiving cancer care in the United States came to $21.1 billion in 2019, according to an analysis published October 26 in the Journal of the National Cancer Institute.

The analysis — the second part of the US National Cancer Institute’s annual report to the nation on cancer — provides a more comprehensive look at the economic impact of cancer on patients than many previous reports. The researchers not only explored patients’ out-of-pocket costs but also broke down the data by time costs associated with cancer care — including round-trip travel and hours waiting for and receiving treatment — as well as by cancer site, stage of diagnosis, and age.

For instance, when it comes to the cost of care, age at diagnosis matters. In the first year after being diagnosed, the average out-of-pocket treatment and time costs for people 65 and older was approximately $2700 — about $2440 for medical services and drugs and $279 for time. But for patients younger than 65, those costs were more than twice as high — almost $5900 ($5556 for treatment and $304 for time).

“What’s amazing about this study is that the authors actually put a dollar amount on time,” said Fumiko Chino, MD, a radiation oncologist at the Memorial Sloan Kettering Cancer Center, New York City, who studies the financial burden of cancer treatments but was not involved in this analysis. “It’s not just the out-of-pocket costs — meaning the money you take out of your wallet — but also the opportunity costs.” That time can range from sitting in waiting rooms or retiring earlier than planned to focus on cancer treatment.

This analysis is particularly relevant in light of the rising costs of cancer care and recent data showing that almost 40% of families in the US report difficulty paying unexpected expenses of $400. In the current study, lead author K. Robin Yabroff, PhD, MBA, and colleagues set out to better understand the out-of-pocket and time-related costs cancer patients routinely face.

“Even people with private insurance coverage can experience financial hardship,” Yabroff, an epidemiologist and the senior scientific director of health services research at the American Cancer Society, told Medscape Medical News. “The goal of this particular paper was to provide a very comprehensive estimate [of the financial impact of cancer] at the patient level and at the national level.”

When calculating time lost to cancer care, the authors multiplied the time spent traveling and receiving care by the US median wage of $19.14 per hour in 2019. The researchers then stratified the financial burden by cancer type, stage of diagnosis, and timing of treatment — initial, continuing, and end-of-life care.

Overall, for all cancers, the researchers estimated patients’ total financial burden at $21.1 billion with out-of-pocket costs representing the lion’s share — $16.2 billion. Patients paid the most to treat breast ($3.14 billion), prostate ($2.26 billion), colorectal ($1.46 billion), and lung ($1.35 billion) cancers, which aligns with the relative prevalence of these cancers. The researchers estimated time costs at $4.9 billion, with breast ($1.1 billion) and prostate ($1.04 billion) cancers representing 44% of those costs.

For most cancers, the greatest financial burden occurred in the first or last year of treatment. For those 65 and older, for instance, annual out-of-pocket costs associated with medical services were highest in the initial ($2200) and end-of-life ($3823) periods, and lowest in the continuing phase ($466). Time and prescription drug costs followed a similar pattern, though represented a smaller fraction of these costs.

The costs also varied by cancer type and stage of diagnosis. According to the SEER data, in the initial and end-of life periods, out-of-pocket costs for medical services were highest for acute myeloid leukemia ($6093 and $7039, respectively) and brain cancer ($5751 and $5901, respectively). In the continuing phase, costs were highest for myeloma ($1532), pancreatic cancer ($1083), and acute myeloid leukemia ($1056).

Yabroff and colleagues hope their findings “can provide cost data for discussions about expected costs of treatment as part of informed decision-making.”

Chino believes that the problem of financial burden, or toxicity, for cancer patients is now well understood, and that the task ahead for cancer centers is to develop interventions that address the challenge. These strategies could range from better screening for the financial stressors that patients are facing, as well as proactive efforts to link people to financial assistance rather than waiting for patients to request assistance themselves.

“I think we’ll see increasingly things coming out that are probably still pilots or small interventions to see essentially how they’re improving the status quo,” said Chino, emphasizing that the onus should be on doctors and health system leaders to ensure that financial distress does not interfere with anyone’s cancer treatment.

The authors have disclosed no relevant financial relationships.