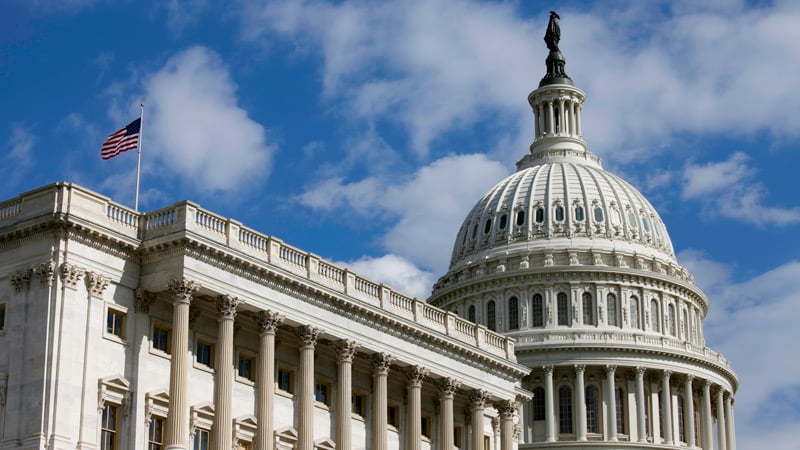 A $10 billion COVID-19 aid bill stalled in the U.S. Senate on Tuesday, with Senate Republicans refusing to advance the deal without certain amendments, including one to keep pandemic-era immigration restrictions, according to The New York Times.

Unless a breakthrough happens, the stalemate could delay the coronavirus bill until after a 2-week break scheduled to begin at the end of the week.

Lawmakers in both parties have said they support the bill, which would allow the Department of Health and Human Services to buy more coronavirus therapeutics, vaccines, and testing supplies and prepare for future variants.

But Republicans blocked quick approval and insisted that the Senate first vote to maintain Title 42, a policy that has restricted immigration at U.S. land borders due to coronavirus risks.

President Joe Biden has moved to lift the policy, but Senate Democrats declined on Tuesday to hold a vote, which could have exposed division over the policy during a time when Republican leaders have portrayed them as lax on immigration, the newspaper reported.

Senate Majority Leader Chuck Schumer (D-NY) tried to push ahead with a vote on the coronavirus aid, saying the legislation “should not be held hostage to extraneous unrelated issues.” The moved failed on a 47-52 vote, with Oregon Sen. Ron Wyden, a Democrat, joining all Republicans in opposition.

“There’s still some time – I hope my Republican colleagues change their tune quickly,” Schumer said after changing his vote to “no,” which allows him to move to reconsider the bill.

The Senate could vote on the package again before the 2-week recess, but a quick approval would require the support of all 100 senators.

“It will require, I think, several amendments in order to get across the floor,” Senate Minority Leader Mitch McConnell (R-KY) told reporters. “So if the majority leader tries to move forward, we’ll have to have a discussion about a reasonable amendment process.”

Senate Republicans want other amendments on the coronavirus bill, but the most contested addition would bar the Biden administration from ending restrictions at the border due to COVID-19 concerns, the Times reported.

Last week, the CDC confirmed that restrictions would be lifted in May due to “current public health conditions and an increased availability of tools to fight COVID-19.”

At the same time, Republicans have argued that it’s contradictory to change an immigration policy while also asking for more aid to fight the pandemic. Some Democrats, including those facing tough re-elections this year, have expressed concerns about the decision to roll back the policy as well, the newspaper reported.

Even if the Senate agrees on the amendments and passes the funding package this week, the bill would likely fail in the House, where most Democrats have supported the Biden administration’s decision to end the immigration rule, the newspaper reported.

Democrats in both chambers have also criticized the decision to drop $5 billion in aid for global vaccination efforts. The provision was removed after senators couldn’t agree on how to pay for it. Republicans declined to put any new money into pandemic efforts, instead calling for Congress to repurpose funds that had already been approved in previous pandemic legislation.

“This bill is a start. It should pass immediately, but it’s exactly that – just a start,” Jeff Zients, who leads the White House coronavirus response, told reporters.

If the Senate vote comes up again this week, senators could debate the bill and amendments. Zients said the Title 42 amendment should “remain independent” from the coronavirus funding.

“This should not be included on any funding bill,” he said. “The decision should be made by the CDC, which it has been, and that’s where it belongs.”

CDC: “Public health determination and order regarding the right to introduce certain persons from countries where a quarantinable communicable disease exists.”