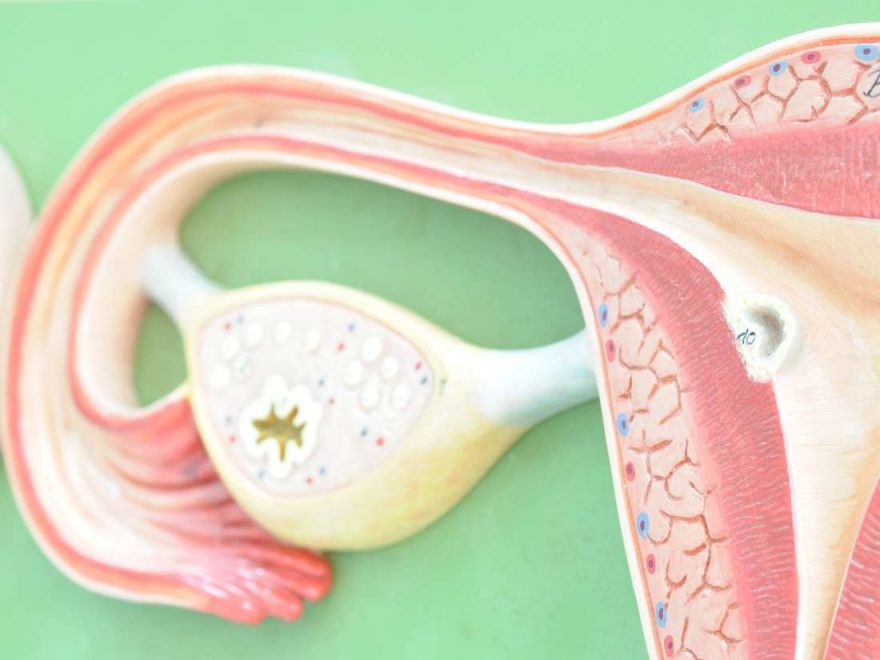 In this article, we look at ovarian cysts and explain how they can sometimes develop into cancer. We also look at the symptoms, diagnosis, and treatment of ovarian cysts.

What are ovarian cysts?

Ovaries are part of the female reproductive system. As part of the menstrual cycle, the ovaries release an egg, or ovum, around every 28 days. This process is known as ovulation. The ovaries also produce the female sex hormones estrogen and progesterone.

Ovarian cysts are fluid-filled sacs that can develop in or on a person’s ovaries. The cysts are usually benign, which means they are not cancerous and often clear up without treatment.

Ovarian cysts are relatively common in people who have regular periods because small cysts can develop naturally as part of the menstrual cycle.

The ovarian cysts that develop due to regular ovulation during the menstrual cycle are known as functional ovarian cysts.

Ovarian cysts are typically not cancerous and cause no symptoms. Someone may only discover they have ovarian cysts by chance during a routine pelvic examination.

People with ovarian cysts usually experience few or no symptoms. The early stages of ovarian cancer may also cause no or only minor symptoms.

However, if an ovarian cyst is very large, ruptures, or is blocking blood supply to the ovaries, it may cause symptoms similar to later-stage ovarian cancer, such as:

Most ovarian cysts go away on their own without medical treatment. However, a person may need treatment depending on:

Doctors may suggest one of the following treatment approaches:

The doctor may recommend simply keeping an eye on the cyst and waiting to see how it progresses without treatment. This may include regular pelvic ultrasounds to see if the cyst changes in size or appearance.

A doctor may recommend operating and removing a cyst that:

Depending on the type of cyst, surgical options include:

Ovarian cysts are relatively common and can form naturally during a person’s menstrual cycle. Most ovarian cysts are harmless, noncancerous, and usually, do not require treatment.

Ovarian cysts that form after a person has been through menopause have a slightly higher chance of becoming ovarian cancer. Anyone who has ovarian cysts and starts to experience severe, persistent, or unusual symptoms should see a doctor as soon as possible.

The usual treatment approach for ovarian cysts is watchful waiting. If a cyst is causing bothersome symptoms, becomes cancerous, or is getting in the way of becoming pregnant or carrying a child, a doctor may recommend surgical removal.