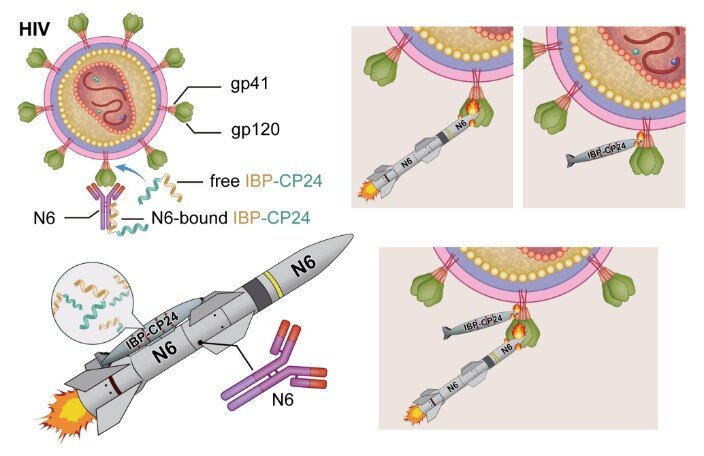 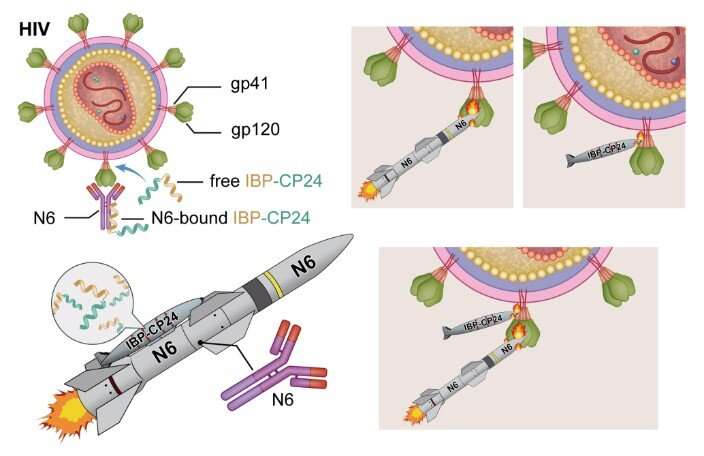 A newly engineered peptide called IBP-CP24 has the potential to be further developed as a long-acting anti-HIV drug that can be used alone or in combination with a broad neutralizing antibody for the treatment and prevention of HIV-1 infection, according to a study published December 5 in the open-access journal PLOS Pathogens by Lu Lu and Shibo Jiang of Fudan University and Lishan Su of the University of North Carolina at Chapel Hill, and colleagues. As reported in the study, IBP-CP24 exhibited a prolonged half-life as well as potent and broad anti-HIV-1 activity, even against drug-resistant strains.

Enfuvirtide is the first anti-HIV peptide drug approved by the U.S. Food and Drug Administration. However, its clinical application is limited because of its short half-life and the emergence of enfuvirtide-resistant HIV strains. In the new study, researchers developed a novel strategy to prolong the half-life of a short anti-HIV peptide called CP24 by fusing it to the human Immunoglobulin G (IgG) Fc-binding peptide (IBP).