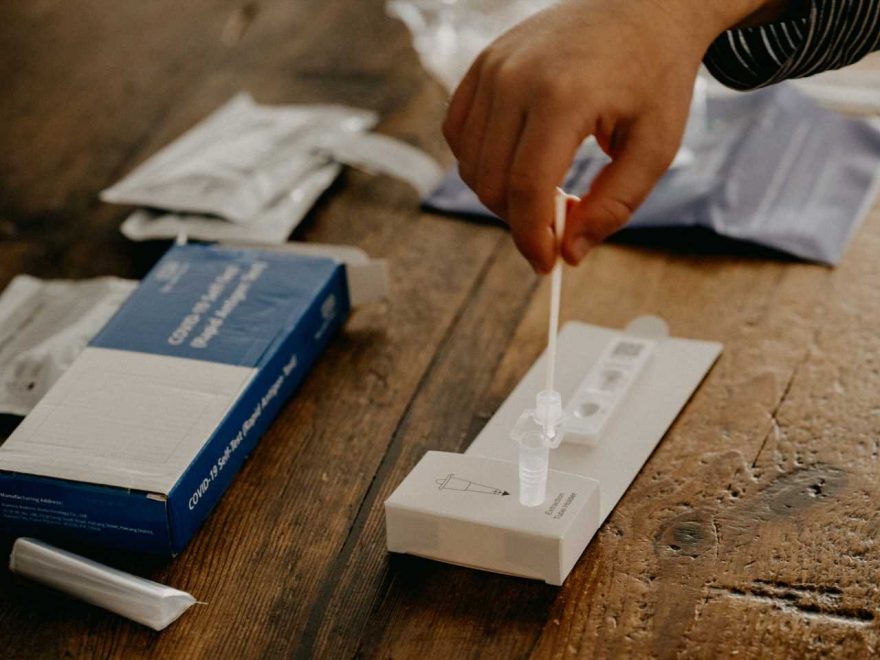 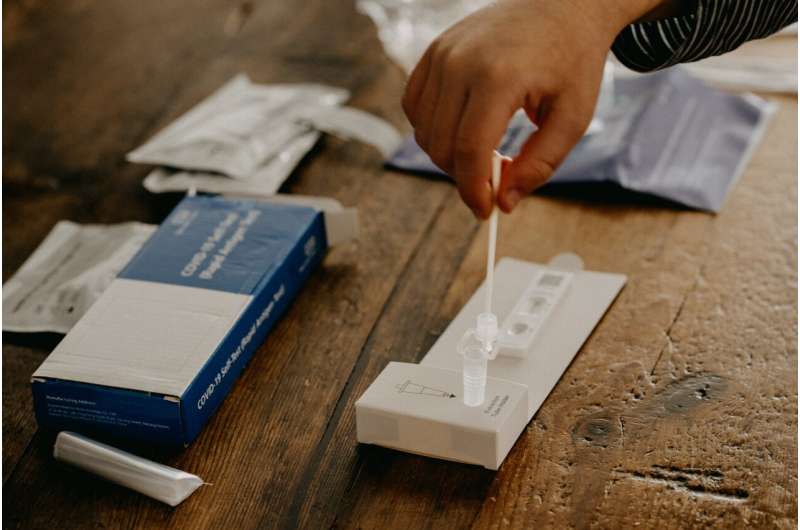 Two recent studies supported by the National Institutes of Health Rapid Acceleration of Diagnostics (RADx) Tech program demonstrate how widespread distribution of COVID-19 at-home antigen tests can be used as an effective public health strategy to reduce the spread of the disease.

Both studies were posted on the preprint server medRxiv and have not yet been peer reviewed.

“It’s clear that at-home rapid antigen tests are useful, and they have tremendous value at an individual level in terms of how people decide to live their lives in the pandemic, but also provide invaluable information to experts at a population health level,” said Apurv Soni, MD, Ph.D.’21, assistant professor of medicine and principal investigator on the studies.

The first study evaluated the impact of the Say Yes! COVID Test program in Michigan, in which 500,000 free at-home rapid antigen tests were distributed in the summer of 2021 to residents of Ann Arbor and Ypsilanti, two municipalities in Washtenaw County. Each household that participated received 25 at-home tests.

Researchers compared trends in COVID-19 infection rates during and after the distribution period in the two cities versus the rest of the county, which did not receive free at-home tests.

COVID-19 infection rates were similar between the two cities and the county during the intervention period, but two months later, as the delta variant surged, infection was significantly lower in the cities that had received the free at-home tests, according to data provided by Washtenaw County Health Department medical director and study co-author Juan Marquez, MD, MPH.

“The number of cases that were decreased in communities that received the free tests is on average 40 cases per day, which is pretty substantial,” said Dr. Soni.

Soni said the trend was consistent in the two intervention communities, even though Ann Arbor had a higher-than-average vaccination rate and Ypsilanti’s vaccination rate was lower than the county average.

Researchers found that households that received the 25 free tests used a handful of them in the intervention period between June and August but held onto the rest and started using them more when the delta surge began.

The second study, which analyzed data from the Say Yes! COVID Test program in six communities across the country, found that people were more likely to report to local health departments the results of their home antigen tests if they were given a financial incentive to do so.

It also found in all cases that negative test results were more likely to be reported than positive test results, a finding that Soni said researchers were investigating further.

The study looked at use of a digital assistant developed by the company CareEvolution, through which people could order at-home rapid antigen tests and have the option to log their results on the app or to report them to the health department.

Most communities in the Say Yes! COVID Test program were strategically chosen by the National Institutes of Health and the U.S. Centers for Disease Control and Prevention from those with lower vaccination rates and socioeconomic status. The six included in the study of optional digital assistant use and reporting results were: Louisville, Kentucky; Marion County, Indiana; Fulton County, Georgia; O’Ahu, Hawaii; Ann Arbor/Ypsilanti, Michigan; and Hamilton County, Tennessee.

The study found that of the 178,785 households that ordered test kits through the digital assistant, 8.5 percent overall opted to log their test results on the platform. Further, 75 percent of these logged tests were also reported to the state health department.

Reporting of test results differed significantly by state and was highest in Kentucky and Indiana (more than 90 percent of tests logged were reported to public health officials), which were the states with full incentives for reporting.

“We need to do better in terms of incentivizing or campaigning for the reporting of test results, especially when they’re positive,” said Soni.