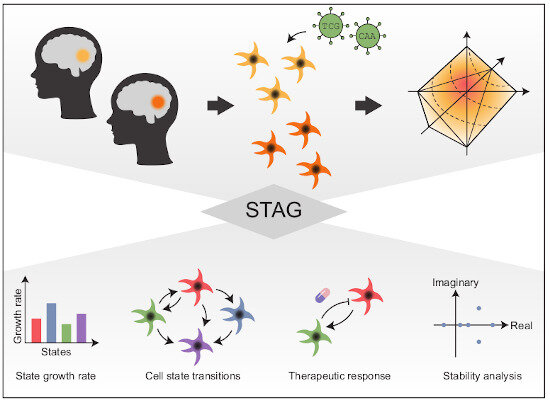 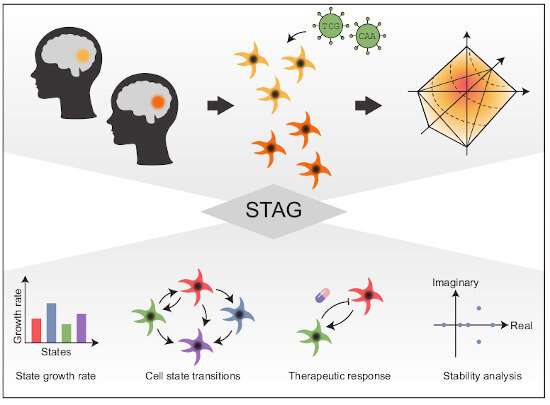 Changes in individual cancer cells over time may explain why brain tumors develop so differently, and why some cancer cells are resistant to certain treatments. To track the development of cancer cells, researchers at Uppsala University have devised a new method that, in the long term, may make it easier to develop new, effective drug combinations. The research is presented in the journal Molecular Systems Biology.

A brain tumor comprises numerous different kinds of cancer cells with a variety of characteristics, partly resembling cell types found in a healthy brain. Previously, it has been difficult to study how this diversity arises. However, its origin has a crucial bearing on which strategy can be used for drug development. If the cancer cells are hierarchically organized, a good approach to reducing the tumor is to attack the cells at the top of the hierarchy. If, on the other hand, the cell types are more flexibly organized, other treatment strategies are needed.

“To understand how the various cell types are organized, we had to develop a method of tracking individual cells and their offspring over time. We also needed a procedure for quantitatively evaluating the results, and that’s why the interdisciplinary collaboration emerged,” says Professor Sven Nelander.

The new method was developed in collaboration with Chalmers University of Technology. The scientists combined profiling of individual cells, using a “barcoding” technique with mathematical modeling and computer simulations. By applying the method to cancer cells from three patients with brain tumors, the researchers showed that the organization appears to be hierarchical, but with some degree of flexibility. There are also clear patient-specific features. They also demonstrated that cell organization itself is influenced by the drug treatment.

“The active substance temozolomide, which is the standard chemotherapy treatment for brain tumors, seems to steer the cells against a more invasive cell type. According to our model, temozolomide combined with a drug aimed specifically against that cell type should be an effective way of attacking the tumor,” says Ida Larsson, Ph.D., one of the main authors of the study.