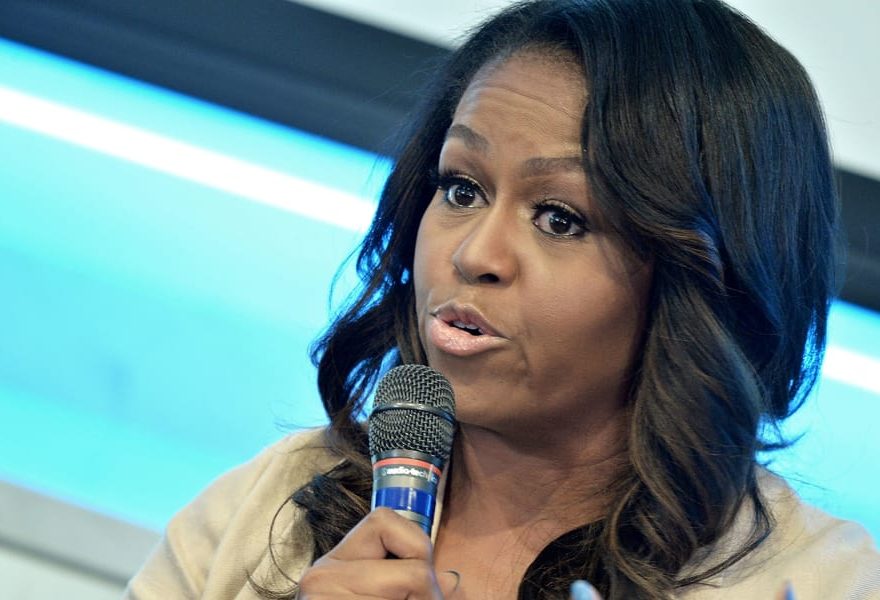 Ever since she stepped into the public eye, Michelle Obama has been a vocal advocate for women’s health. Now, in her new memoir Becoming, she is opening up about her struggles with infertility and miscarriage — topics that are still stigmatized.

In an exclusive interview with Good Morning America anchor Robin Roberts, Obama said she felt "lost and alone" after going through a miscarriage 20 years ago.

“I felt like I failed because I didn’t know how common miscarriages were, because we don’t talk about them,” Obama told Roberts. “We sit in our own pain, thinking that somehow we’re broken. So that’s one of the reasons why I think it’s important to talk to young mothers about the fact that miscarriages happen.”

Obama said that she realized "the biological clock is real" and "egg production is limited" around the age of 34 or 35. She said she underwent in vitro fertilization in order to conceive her daughters, Sasha and Malia, now 17 and 20, respectively.

Around 10 to 15 percent of known pregnancies end in miscarriage, according to the March of Dimes, and other people may miscarry before they’re aware they are pregnant. Unfortunately, there is still guilt and shame associated with miscarrying, in part because it’s still shrouded in secrecy. When people like Obama, Gabrielle Union and Chrissy Teigen speak out about miscarriage and infertility, it helps to normalize the conversation and make those going through it feel less alone.

Now, Obama has decided to lend her voice to the discussion on miscarriage and infertility to help destigmatize these incredibly common challenges that many people are afraid to talk about.

“I think it’s the worst thing that we do to each other as women, not share the truth about our bodies and how they work,” Obama said.