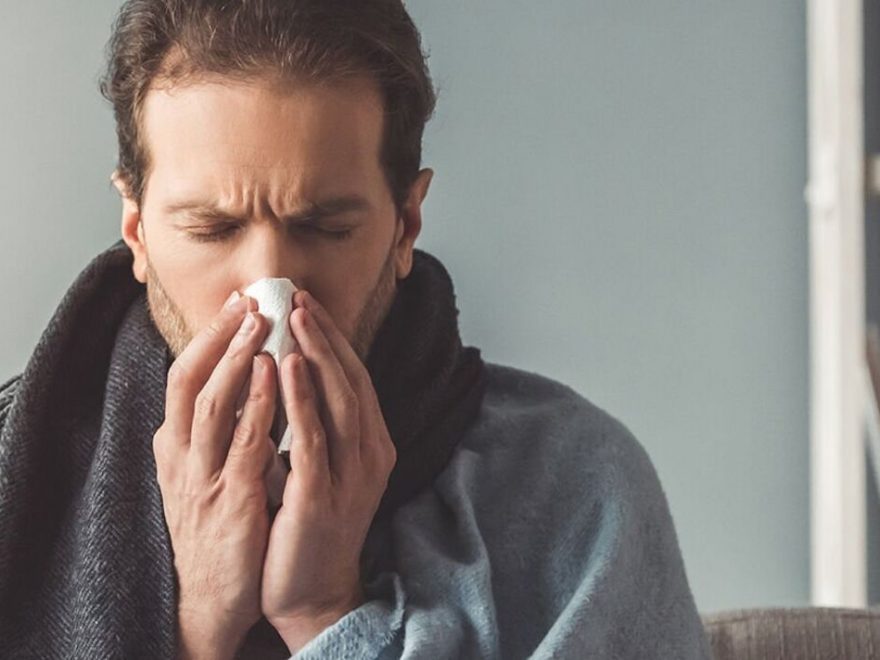 When Michael Miller, 43, came down with cold-like symptoms, he thought nothing of it. “It all started with fever and chills, but it always went away so I ignored it,” said Mr Miller. “Then my back started hurting. I went to a chiropractor, which helped initially. Then about a week later, I collapsed on the living room floor because the back pain was so severe.”

According to the case study, published on the health platform UVAHealth, Mr Miller was immediately admitted to UVA Emergency Department.

An evaluation revealed that Miller had an extensive spinal abscess and a pelvic abscess that appeared to be the source of E. coli bacteria.

“We knew he had sepsis that had spread to his spinal column. This became the immediate problem.”

“[Our care team] came together to discuss the possibility of treating the infection with percutaneous drainage and antibiotics, but the infection was too severe,” said UVA Orthopedic Spine Service Division Head Frank Shen, MD.

“When I first saw him, he looked like someone preparing to die. His body was trying to fight off a severe infection; he was hypotensive, his white count was elevated; he was extremely weak and was essentially becoming paralysed. Without treatment, the next likely step would have been death. I had no choice but to take him into surgery.”

Doctor Shen continued: “What was particularly challenging and extremely unusual about Mr Miller’s case was the extent of his spinal infection.

“Ordinarily, infections like this are limited to smaller segments of the spine. In these cases, we would remove bone and ligament and then replace it with rods and screws. However, in this case, the infection was in the entire spine, from the base of the skull to the tailbone. It was wrapped around the spinal cord and nerves, so I had to surgically drain the infection while trying to preserve as much ligament and bone as possible to avoid the need for fusion and stabilisation with rods and screws. These can make it harder to clear the infection and, in Mr Miller’s case, would have led to complete loss of all spinal motion.”

As a result, Doctor Shen performed a more technically challenging procedure called skipped laminectomies, during which he removed portions of bone and ligament from every other vertebra, from the base of the skull down to the tailbone, to reduce compression and irrigate the extensive infection, while preserving stability.

A few days later, this procedure was repeated again to help eliminate any remaining infection in Mr Miller’s spine.

After the spine surgery, Miller was unable to move. “I was in the ICU for about a week and a half. I was completely paralysed,” said Mr Miller.

“It was quite a shock to wake up and be reliant on others to feed me — as an adult, that’s difficult.”

Mr Miller was treated with long-term antibiotics and was transferred to HealthSouth for inpatient rehabilitation to regain his strength.

“When I saw him four weeks after surgery, he was still limited in his mobility and used a wheelchair,” said Doctor Shen.

An extensive evaluation, including an endoscopy and CT imaging, revealed that the cause for Mr Miller’s life-threatening spinal infection was perforated rectal cancer, also known as colorectal or bowel cancer.

“His tumour had perforated, causing an abscess,” said Doctor Friel.

“It was also partially obstructing, so he needed a colostomy to divert his stool.”

He performed a colostomy to allow Mr Miller to relieve his obstruction.

“We had to get over the immediate situation, then our entire team could get together to come up with an individualised, sophisticated care plan designed to treat him and make every attempt to cure him,” said Doctor Friel.

After recovery from infectious complications and the colostomy, Mr Miller began systemic therapy with a combination of three-drug chemotherapy, with the addition of targeted monoclonal antibody regimen.

“After extensive discussion at our multidisciplinary tumour board, the decision was made to pursue surgical resection of his remaining tumour burden following chemoradiation to the primary tumour site.”

In combination, chemotherapy and external beam radiation to the rectum allowed for both systemic and local tumour control.

The outcome? Mr Miller made an almost complete recovery from infectious complications and no evidence of cancer recurrence.