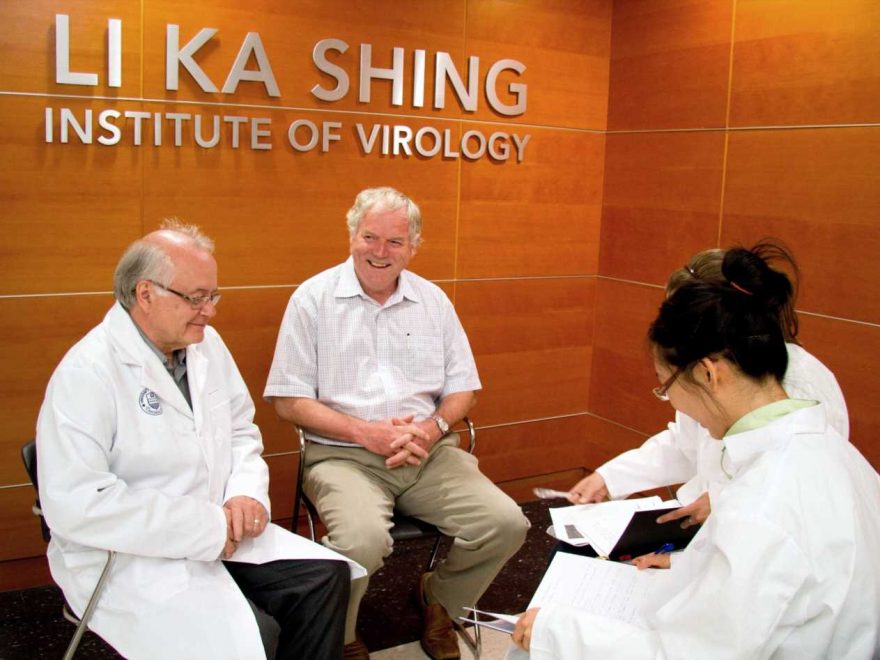 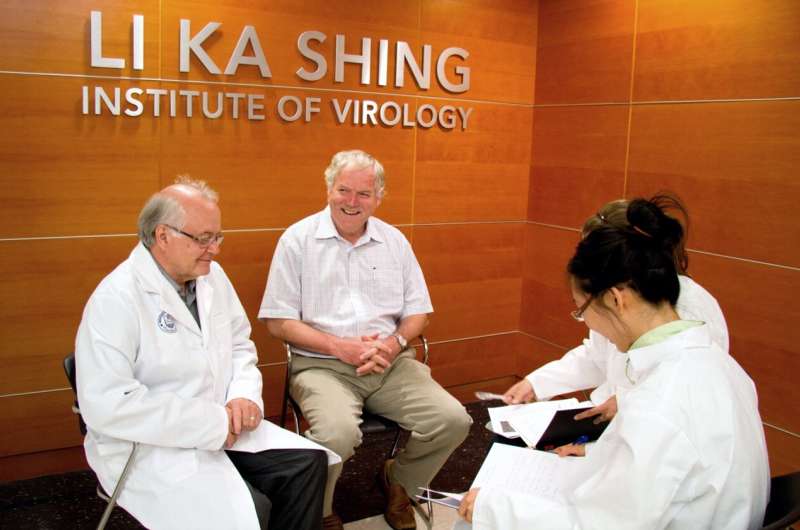 In 2015, University of Alberta cancer researcher Jack Tuszynski learned that his patent application for a promising chemotherapy treatment for people suffering from metastatic bladder cancer had been rejected by the U.S. Patent Office.

“That was it. I thought, “We can’t proceed, we’re done, we spent almost a decade working on this and it’s a no go,'” said Tuszynski, who splits his time as an oncology researcher in the Faculty of Medicine & Dentistry and a biophysics professor in the Faculty of Science.

The problem was that the patent office believed the drug wasn’t sufficiently inventive, or there wasn’t enough “non-obviousness.” Evidently, there was a molecule mentioned in a 1983 paper that looked similar to the one Tuszynski’s team had identified. This sounded devastating to the team.

“Finding a cure for cancer is a lofty goal and everybody wants to do that, but without the patent this molecule was worthless,” he said. “Cancer therapies are such a long and expensive process, nobody would have ever invested in it without a patent.”

Fortunately, the U of A’s Li Ka Shing Applied Virology Institute, led by renowned virologists Lorne Tyrrell and Michael Houghton, was in his corner.

The institute climbed on board in the early days of Tuszynski’s work as the Allard Chair in Oncology because of his unique potential to use computer algorithms to design and synthesize drugs for liver cancer, which is often a byproduct of living with hepatitis B and C. These are diseases Tyrrell and Houghton are pioneers in understanding and treating—in fact, Tyrrell was just awarded the Hepatitis B Foundation’s Blumberg Prize for his work developing antiviral drugs to treat hepatitis B infection, and Houghton shared the 2020 Nobel Prize in Physiology or Medicine in recognition of his discovery of the hepatitis C virus.

With decades as a researcher in the pharmaceutical industry behind him, Houghton knew exactly how to get Tuszynski’s work back on the tracks, starting with some patent attorneys in California.

Tuszynski, who is also a member of the Cancer Research Institute of Northern Alberta, was advised to perform a few extra studies to demonstrate further that the new molecule was actually new and its properties were non-obvious.

“That was a pivotal step that allowed us to successfully obtain the patent,” he said. “Without it, it would be dead.”

Today that molecule is in the midst of human clinical trials after close to 15 years in the making.

Prior to 2005, Tuszynski had been a physics professor at the U of A. However, that year he was appointed as the Allard Chair in Experimental Oncology with the hope that he could draw on his physics background to create computer programs that screen proteins against chemical compounds in an effort to make designer drugs.

“We look for inhibitors of cell division because that’s the problem with cancer cells—they don’t stop dividing.”

In this case, the target was a specific protein called tubulin, the main building block of microtubules. A bundle of microtubules creates a mitotic spindle, which is a mechanical structure inside every cell that is the key piece in cell division.

The goal, Tuszynski explained, is to “somehow either prevent spindles from forming or somehow freeze them—basically frustrate the cancer cells that want to divide to the point they will undergo apoptosis, or programmed cell death.”

Using a 3D model of the protein’s structure, Tuszynski’s team uses the might of computer processing to search for flexibilities in the shape of the protein to find spots where different drug molecules might bind.

That model is then run through a panel of a billion or so medicinal compounds, looking for binding matches.

The most promising 20 to 50 compounds are put to the test, while the model is refined to find ways to improve on the best of the best.

From a known compound called colchicine, Tuszynski’s lab tinkered with the formulation until they had what they believed was a best-in-class cancer drug, which was named CCI-001, or Cross Cancer Institute 001.

This promising new molecule was sent to the Netherlands, where it was tested on more than 100 types of cancer to determine its effects on these cancer cells.

It turned out the drug is the best in its class for metastatic bladder cancer and very promising for pancreatic cancer.

With a long, expensive, risky and arduous path behind them and human trials now underway, Tuszynski said he couldn’t have done it without help.