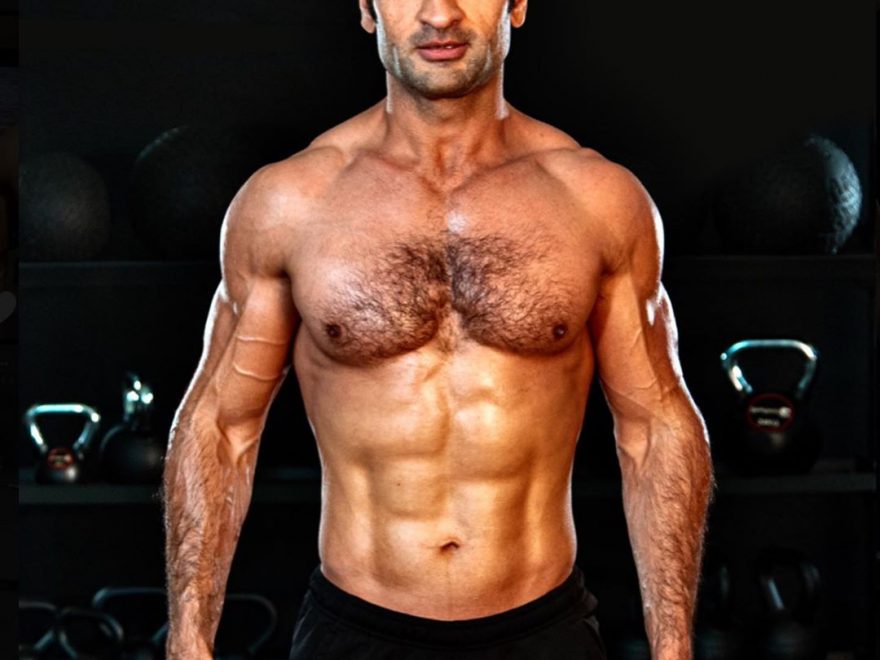 During the coronavirus pandemic, Kumail Nanjiani can’t go to the Beverly Hills gym where he built his newly-ripped physique — but he’s not letting his progress slip away.

Nanjiani, 42, intensely worked out and followed a strict diet last year to prepare for his role in the upcoming Marvel movie The Eternals, and then shocked the internet with a few “thirsty” shirtless photos in December. So when he appeared on The Late Show with Stephen Colbert on Monday night, host Stephen Colbert joked: “legally I’m required to ask you about your body because it’s a sensation. A global sensation.”

The late-show host wanted to know if Nanjiani’s body is “degrading in quarantine.”

“Is it slowly just turning back into normal adult male?” Colbert asked.

But Nanjiani said that he was prepared, and is continuing to maintain his body at home. “No, I sort of saw the quarantine coming early so I just bought a bench and some weights,” he said. “So I've been working out as if it's the only thing tethering me to sanity. Because I think it is.”

Nanjiani said that working out has always helped with his anxiety and stress, and that’s been key during quarantine.

“It actually really helped me in the first couple weeks,” he said.

The Silicon Valley star even managed to combine an interview with a workout earlier that day when he made an appearance on The Ellen DeGeneres Show. Host Ellen DeGeneres has been asking celebrities to hold a plank while singing — and if they do it, Shutterfly donates $10,000 to the charity of their choice — and Nanjiani took her up on the offer, singing The Bangles’ “Eternal Flame.”

Nanjiani holds the plank with ease, though he joked afterward that his singing voice is not quite as good as his plank form.

"I want to stress to you that that was me doing my best,” he said. “I cannot sing. I am tone deaf."