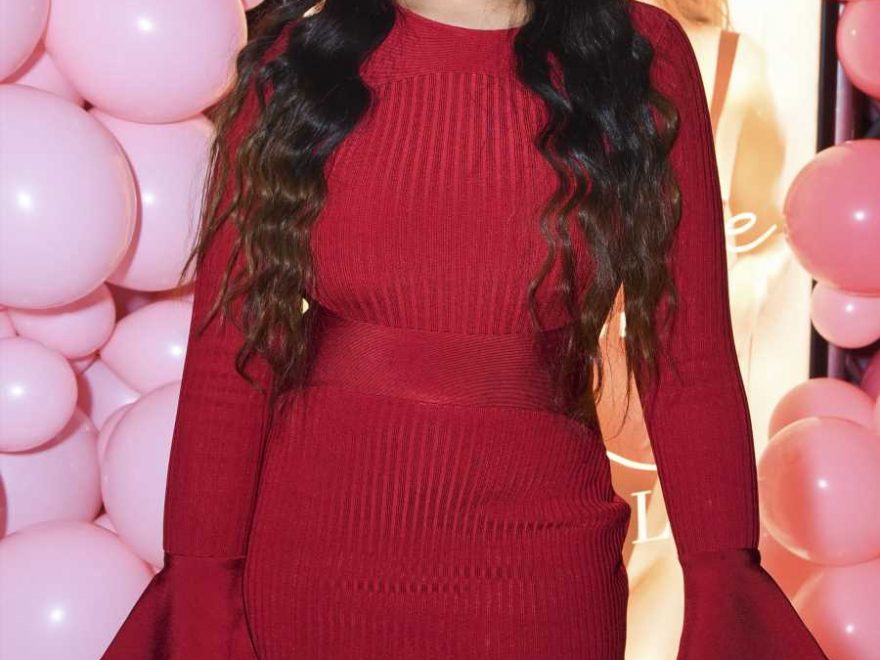 Jordyn Woods is sharing her experiences with body image and body shaming in her first-ever YouTube video.

“I always grew up the bigger girl,” the 22-year-old model said, adding that even at a young age, it would be “the little things” that got to her, like shopping at the mall and not being able to fit into the same clothes as her classmates or “going to a pool party.”

“All the girls are in cute bikinis and I would just wear the big t-shirts because sis wasn’t feeling herself,” she said. “I wouldn’t even want to go to the pool party — that’s how much it would discourage me.”

She also shared that she remembered a comment a woman made to her father, telling him, “Your daughter is gonna be so pretty when she loses all her baby fat.”

Woods said her “lowest moment” when she was photographed for first time by the paparazzi while hanging out with her friend Willow Smith.

Woods said the online comments about her weight “completely broke me.”

“I remember sitting in front of my computer reading it, and tears just started coming out of my eyes. I couldn’t understand how grown people could sit and pick apart a young girl,” she said. “Reading those comments at 12-13 years old was probably the most heartbreaking thing to me ever.”

Woods started relating to her body differently at 19. After her father died, she said the loss “ignited something within my body.”

“Even though it was probably the worst thing I’ve had to go through, I learned that the bad things that happen to you don’t have to define you,” she said. “That moment got me to the gym.”

“Gym became my therapy, gym became the thing I looked forward to and not only was it helping me emotionally, it was physically changing my body and making me feel better.”

Woods began “working out all the time,” and lost about 30 lbs. over the course of 5 months. However, as she began losing weight, she also received criticism online from people who accused her of no longer being body positive — which wasn’t the case.

“I think that body positivity is really loving the skin you’re in and wanting to be the best version of yourself, so yes, I’m body positive,” she said. “I’m kicking ass because I want to feel good and look good, and after something like that, you realize you can’t take your life for granted.”

Woods, who will be launching a health and fitness program in November, went on to share some helpful tips for others looking to kick start their own journeys.

“Don’t compare yourself to anyone else, you have to be consistent. Weight loss does not happen overnight, let me tell you,” she said.

“Working out it’s not only about looking good, it’s about feeling good, doing good for your body and when you do good for yourself you don’t want to do bad for other people,” she said.