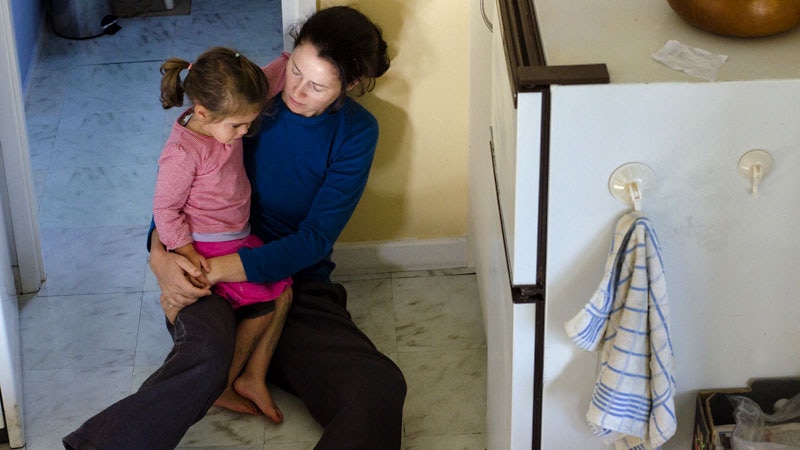 For children with polyarticular juvenile idiopathic arthritis (pJIA), functional disability lasts longer and disease activity is increased among those who belong to a racial/ethnic minority or if they come from homes with low household income or low family education, according to a study published online in Pediatric Rheumatology. The findings also initially revealed a higher likelihood of functional disability among those living in a poorer community, but that association lost statistical significance after adjustment for confounders.

Nayimisha Balmuri, MD, an assistant professor of pediatrics at Johns Hopkins Medicine and study co-author, told Medscape Medical News that anecdotal experience from everyday practice has shown that “patients with myriad social determinants of health stacked against them present sicker, take longer to present, and require far more aggressive therapies and follow-up,” which wreaks havoc in terms of disease activity. “It’s really difficult, then, to play catch-up to other cohorts of patients,” Balmuri added.

A key clinical take-home message from these findings is that the differences in clinical outcomes are relevant throughout the entire year of therapy, Balmuri said. “Patients get better; however, they don’t get better the same,” she said, and this is because of a variety of reasons. “Getting in the door is one of [those reasons], but then continuing to follow-up care is another.” For general practitioners, it’s especially important to refer patients who complain of joint pains to a specialist and to then follow up to be sure they’re improving and they’re getting the care they need.

For pediatric rheumatologists and subspecialists, “it’s important for us to realize that the disparity doesn’t end when patients come into your door to begin with,” Balmuri said. “It continues over the short term and far past that into adulthood.”

Candace Feldman, MD, MPH, ScD, an assistant professor of medicine in the Division of Rheumatology, Inflammation, and Immunity at Brigham and Women’s Hospital, Boston, Massachusetts, told Medscape Medical News that the research “provides an important foundation to the study of the impact of social determinants of health on disease activity and disability among children with JIA. Individuals with rheumatic conditions should be screened for social determinants of health–related needs, and infrastructure should exist within the rheumatology clinic to help address the needs uncovered.” Feldman was not involved in the study.

In addition to the results’ clinical significance, Feldman also noted the policy implications of these findings. “Physicians should advocate for efforts to dismantle structural racism, to address income inequality, and to mitigate the effects of climate change, which also disproportionately affect historically marginalized populations,” Feldman said. Although this study focused predominantly on poverty, she noted that financial insecurity, food insecurity, homelessness, or housing instability were other social determinants of health to consider in future research.

Balmuri and William Daniel Soulsby, MD, a clinical fellow in pediatric rheumatology at the University of California, San Francisco, who is the study’s lead author, said they focused on poverty in this study not only because it’s so understudied in patients with pJIA but also because research in adults with lupus has found that leaving poverty was associated with a reversal of accrued disease damage.

The authors analyzed retrospective data from 1684 pediatric patients in the Childhood Arthritis and Rheumatology Research Alliance (CARRA) registry covering the period April 2015 to February 2020. All study participants had been diagnosed with pJIA. Symptom onset occurred before age 16, and at least five joints were involved. The authors excluded patients who had been diagnosed with other systemic inflammatory or autoimmune diseases.

The authors defined exposure to a high level of community poverty as living in a ZIP code where at least 20% of residents lived at or below the federal poverty level. The authors also collected data on household income, although these data were missing for more than a quarter of participants (27%) and were therefore included only in sensitivity analyses. They used the clinical Juvenile Arthritis Disease Activity Score–10 (cJADAS-10) and the Child Health Assessment Questionnaire (CHAQ) to assess disease activity and disability at baseline and 6 and 12 months later. A cutoff of 2.5 on the cJADAS-10 distinguished mild disease activity from moderate to high disease activity, and a CHAQ score of 0.25 was the cutoff for having functional disability.

Among those who reported household income, just over half the cohort had an income of at least $50,000. The study population was 74% White, and more non-White patients lived in high-poverty communities (36.4%) than did White patients (21.3%). Patients whose families had no more than a high school education (23.1% vs 13.7%) and those with public insurance (43.0% vs 21.5%) were also overrepresented in poorer communities.

The median cJADAS-10 scores declined overall during patients’ first year of therapy. However, those with public insurance, a lower family education level, or residency in poorer communities made up the greatest proportion of patients who continued to have moderate to severe disease activity a year after diagnosis.

“Race was adjusted for as a confounder; however, the association between race/ethnicity and social determinants of health is likely more complex,” Feldman said. “Interactions, for example, between individual race and area-level poverty could be investigated.”

Soulsby was struck by the difference in statistical significance between individual-level poverty, as measured by household income, and community-level poverty. “It’s interesting because it may suggest that both of these forms of poverty are different and have different impacts on disease,” he said. Balmuri elaborated on the nuances and interactions that exist with social determinants of health and how objective outcomes, such as disease activity as measured by clinical tools, can differ from subjective outcomes, such as patients’ reports of pain, daily disability, and social experiences.

“The human condition is far more complicated, unfortunately, than any dataset could have on their own collected,” Balmuri said. She said she plans to expand her pJIA research into other social determinants of health. “It’s first about getting people’s eyes and minds open to something we see every day that, for some reason, sometimes people are blinded to, [using] the data that we do have, and then our hope is to build upon that.”

Feldman noted that ZIP codes, which were used as a proxy for community poverty, may not provide the best perspective regarding a patient’s neighborhood, because significant variation may exist within a single ZIP code, which is something the authors noted as well. The investigators were limited in the data available from the registry, and Balmuri and Soulsby suggested that 9-digit ZIP codes or census tracts might better capture neighborhood deprivation.

The research was funded by the Arthritis Foundation and the National Institute of Arthritis and Musculoskeletal and Skin Diseases. Feldman has received research support from Pfizer and the Bristol-Myers Squibb Foundation. Soulsby and Balmuri have disclsoed no relevant financial relationships.