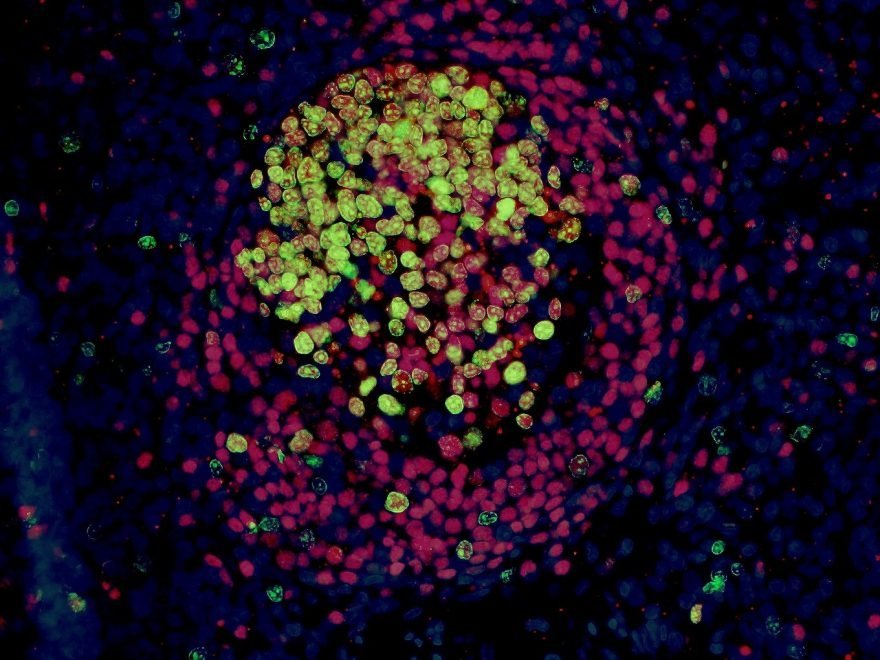 Universitätsmedizin Berlin, Berlin’s university hospital, have discovered a new mechanism by which live vaccines induce immunity. Molecules produced exclusively by live microorganisms are recognized by specialized receptors of the immune system, subsequently triggering a protective immune response. The new findings may improve the safety and efficacy of vaccines. Results from this study have been published in the journal Nature Immunology.

Vaccines exploit the immune system’s ability to remember encounters with previously unknown microbes. Once trained in such a way by vaccination, the immune system is much more swift and effective in fighting off future infections by the same pathogen. Live attenuated vaccines have been successfully used since 1798, yet little is known about what makes them so effective, or why they are superior to inanimate vaccines. Together with several collaborators, Prof. Leif Erik Sander and his team at Charité’s Department of Infectious Diseases and Pulmonary Medicine set out to dissect the underlying mechanisms of this phenomenon.

The immune system detects microbial invaders, which are then ingested by specialized immune cells and broken down inside specialized organelles. In contrast to inactivated (killed) vaccines, live vaccines contain metabolically active microbes, which produce a wide range of molecules. Ribonucleic acid (RNA) is one of the molecules produced by live microorganisms, which essentially marks them as viable. During the process of digestion, the RNA of a pathogen or a live vaccine is bound by a specific type of immune receptor known as Toll-like receptor 8 (TLR8). Binding of RNA to TLR8 triggers an immunological chain reaction, eventually culminating in a robust antibody response. TLR8-induced signals call into action a specialized type of immune cell known as follicular helper cells. These helper cells critically support the immune system’s B cells and help them to mature into so-called plasma cells, which are cellular factories for antibody production. These new findings will enable researchers to use targeted vaccine adjuvants to activate follicular helper cells and thus antibody responses. Adjuvants are often added to vaccines to increase the body’s immune response. However, current adjuvant formulations are often non-specific in their action.

In their study, Prof. Sander and his team compared immune responses mounted against live and killed bacteria using cell culture systems with human immune cells. The researchers found that live bacteria elicited slightly altered immune responses within the innate immune system. While the changes were moderate, they had striking effects on the adaptive immune response, which is responsible for the production of antibodies and for long-term protection following vaccination. Moreover, the scientists also found that patients carrying an activating TLR8 gene variant responded better to a live vaccine against tuberculosis, which resulted in improved protection against disease. These results suggest that TLR8 acts as a key switch for protective immune responses.