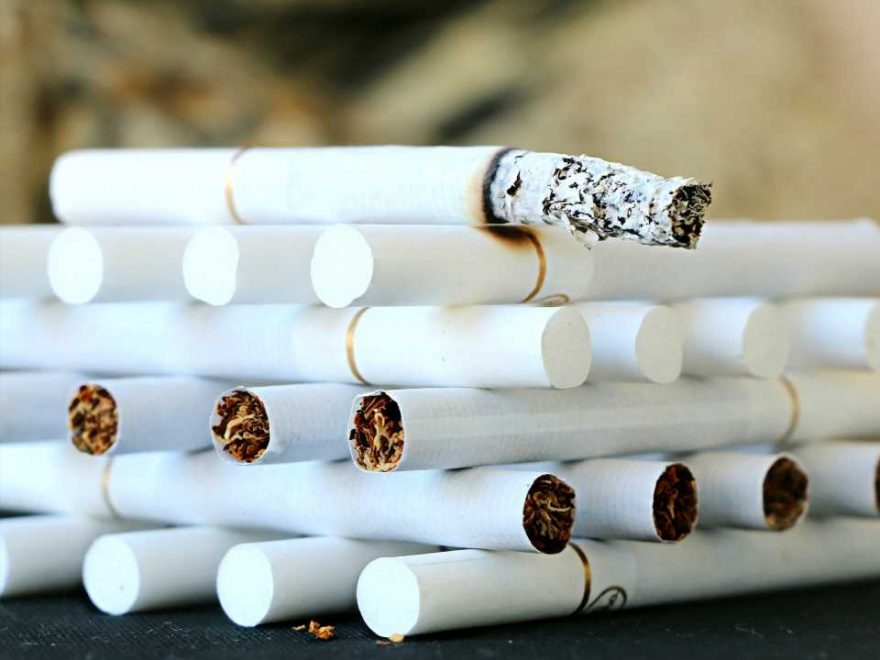 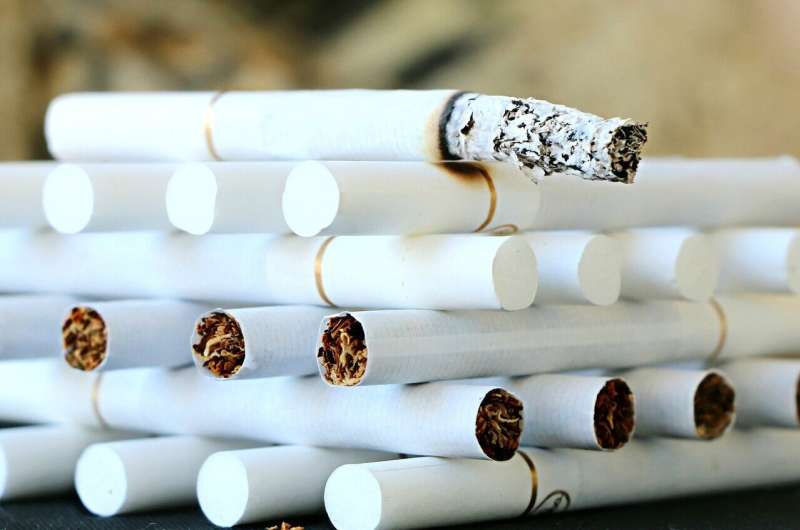 Purchase a pack of cigarettes in Australia and be prepared to be accosted with graphic warning labels depicting the dangers of tobacco use—including images of gangrene of the foot, a newborn with a breathing tube and throat cancer.

“Graphic warning labels are used in more than 120 countries to counter marketing that promotes cigarette smoking. We wanted to know what effect such cigarette packaging would have on United States smokers,” said David Strong, professor at the Herbert Wertheim School of Public Health and Human Longevity Science at University of California San Diego.

Graphic warning labels were mandated by the United States Congress in 2009 but implementation has been stopped pending the outcome of legal challenges to the law by the tobacco industry.

“Graphic warning labels caused daily smokers in the United States to perceive cigarettes to be less positive and it increased their concerns about the health effects of smoking on both themselves and their loved ones,” said corresponding-author John P. Pierce, Distinguished Professor at the Herbert Wertheim School of Public Health. 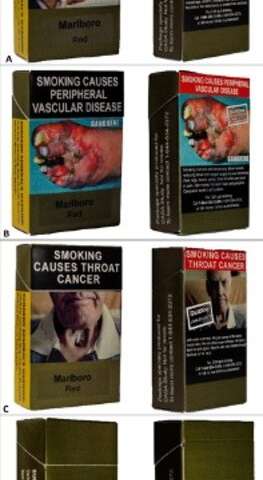 The study manufactured special cigarette packs that incorporated the graphic warning labels used on cigarette packs in Australia (under license from the Australian government). Study participants were 357 smokers living in San Diego who agreed to purchase their preferred brand of cigarettes from a study website. Participants were randomized to receive their cigarettes in one of three pack designs: in package with a graphic warning label, with a blank pack, or in a standard commercially available U.S. pack.

During the study, participants were queried by interactive text messaging about concerns over health risks and about their perceptions of the most recent cigarettes that they smoked. Changes in consumption and smoking status were assessed at the end of the three-month intervention.

Participants who received cigarettes in the standard pack or a blank pack had no change in their positive perceptions of their cigarettes, while smokers randomized to the graphic warning label arm perceived their cigarettes less favorably. Health concerns increased in all three groups, likely due to the intervention that made them think about health consequences more often, said the study authors.