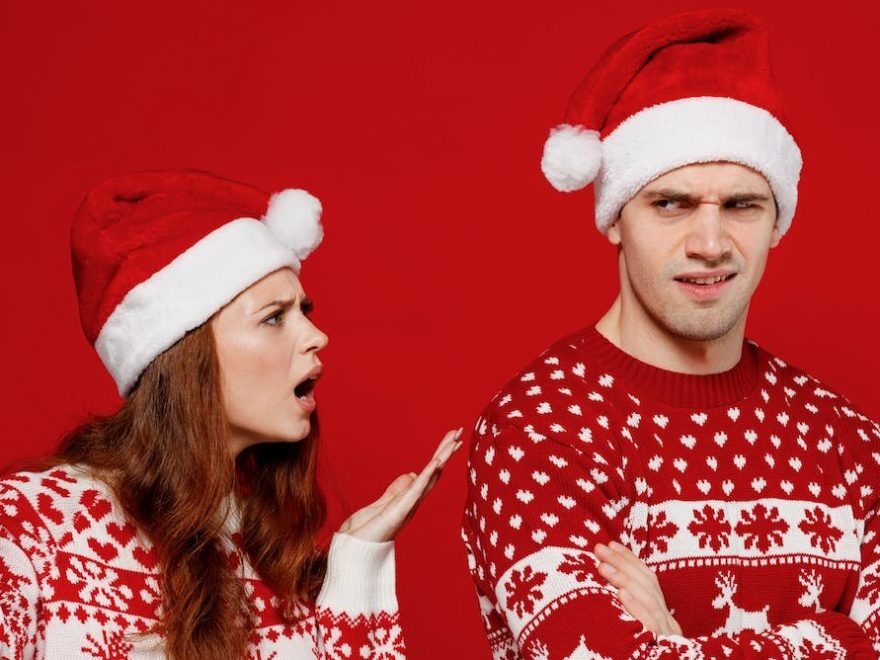 The holiday season is upon us and for many that means all the tension that comes with it. This time of year can be a minefield of uncomfortable moments, disagreement and outright conflict. It’s no wonder many young people are apprehensive about returning home for the holidays after living far away.

There are many reasons interpersonal difficulties can arise over the holidays. Perhaps your aunt doesn’t like what you did with her pie recipe, or your friend’s new partner has unsettling political beliefs. Maybe you haven’t lived at home in a while, but your family still talks to you like you’re the same person you were in school. Maybe you’re bringing your partner to meet your family for the first time, and aren’t sure whether everyone will get along.

People have socialized less with friends and family since the pandemic, and may be feeling out of practice. This can be compounded by all the things people can disagree about.

Some topics are higher risk for blowups, and best avoided in such settings (religion and politics, for starters). Whether it’s true or not, there’s a popular perception that tricky subjects are more numerous and divisive than ever. Dare one bring up anything adjacent to Brexit, vaccinations or the cost of living? Even bringing your mobile phone to the dining table could get you in trouble.

So what happens if your uncle has too much mulled wine and something slips out that annoys or even horrifies you? Family arguments are a common theme in holiday films, but their scripted resolutions are rarely realistic and not based on empirical research. By considering how these things work in the context of real interactions, we can move from what sounds good in theory to what we can put into practice.

Think before you speak

In real-world situations, interactions can escalate before you’re even fully aware that they’re happening. You might be able to anticipate why and how an interaction might become a problem. Does alcohol generally lead to arguments in your family? Are your parents usually hypercritical of your new partners? Consider how to avoid problems before they start.

In the moment, you can often spot “clues” that something is about to go awry. Trouble doesn’t usually emerge solely because of one person, but through the back-and-forth between people. Assuming too much about who might be “the difficult one” and why won’t be helpful on its own.

You have to learn to recognize the conversational moves people are making (including your own) and see how other people respond to them. Some facial expressions can express doubt or distrust, and contemptuous expressions (such as eye-rolling) can signal that a conversation might take a turn toward insult rather than discussion. A response that starts with the word “well” can be warning of incoming disagreement.

As you notice what ways of speaking get what kinds of responses, you can be more thoughtful about what you choose to say. Even changing a single word can shift the direction of a conversation. A common sign that a conversation is starting to escalate unhelpfully is that people begin commenting on the conversation itself and accusing one another of unreasonable behavior. Once you learn to be more conscious of that, it can help you reflect on how to respond in ways that might deescalate… if that’s what you want to do.

There is a dilemma here: sometimes backing down from a conflict challenges our values of authenticity and commitment to our beliefs. If someone says something insulting, whether mild or egregious, it feels disingenuous and morally irresponsible to smooth things over. Some conflict is worth engaging, especially with someone you care about who is willing to listen and think about things. The complication is, that’s not always the case.

Often when people argue about something they care about, they end up misaligned or “talking at cross purposes,” where they’re not really even discussing the same thing anymore. Every conversation has a trajectory, but it’s entirely possible for a conversation to have parallel or divergent trajectories. In such cases, it’s unlikely that any amount of good-faith discussion is actually going to be productive.

At the end of the day, it’s also worth considering what makes a person or conversation “difficult.” Assigning that word to someone is not a neutral or objective statement. Maybe you, in fact, are the “difficult person.” Maybe, for some kinds of conflict, you should want to be difficult. And maybe, sometimes, it’s alright to go outside and let off steam with a snowball fight.

Provided by
The Conversation

This article is republished from The Conversation under a Creative Commons license. Read the original article.