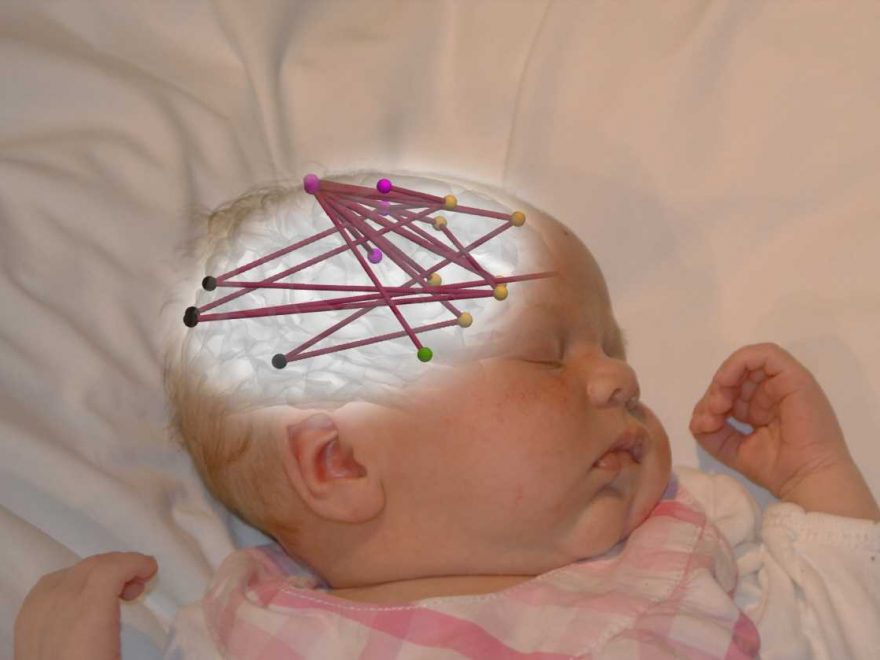 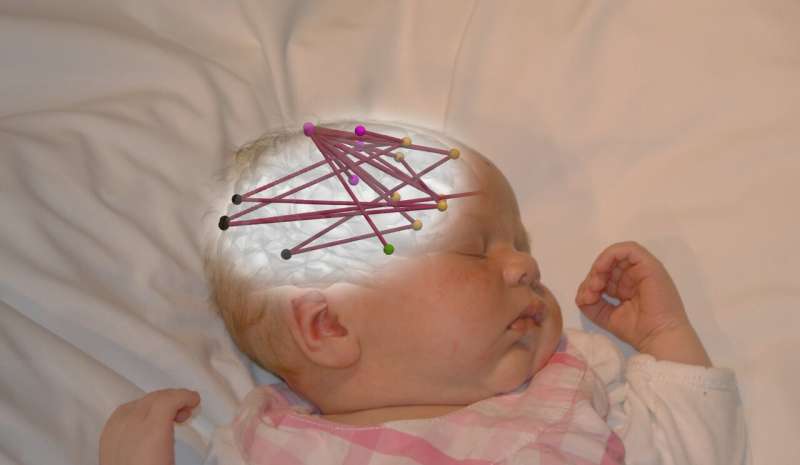 A new study demonstrates that in utero exposure to mother’s antiepileptic or antidepressant medication may affect development of the newborn brain networks. In the study, novel mathematical methods were developed to allow future research on how commonly used drugs or other environmental conditions affect the newborn brain.

Pregnant mothers may need treatment for their medical conditions, such as mood disorder or epilepsy. The effects of such drug treatment on newborn brain network functions was examined in a study conducted at the BABA Center, a research unit in University of Helsinki and New Children’s Hospital of HUS Helsinki University Hospital. The study used electroencephalography (EEG) to measure electrical brain activity during sleep, and cortical network properties were calculated using advanced mathematical techniques.

“In prior studies, we have shown that changes in cortical activity across sleep states may provide important information on infants’ neurological condition,” Senior Researcher Anton Tokariev says.

The study demonstrated that exposure to antiepileptics and antidepressants during the fetal period leads to widespread changes in the cortical networks, and these effects may be specific to the type of drug exposure. In the case of antidepressants, the effect was more pronounced in local cortical networks. In contrast, exposure to antiepileptics had drug-specific effects on brain wide networks. Both drug types affected brain networks that are reactive to changes in sleep stages.

“What was clinically significant in the findings was that, some EEG findings linked to children’s subsequent neuropsychological development. Stronger changes in neural networks predicted a greater deviation in development at two years of age,” says Mari Videman, specialist in pediatric neurology at HUS Helsinki University Hospital.

The studies offer an entirely new way of assessing the effects of pharmaceutical agents on the development of child’s brain function.

Vanhatalo considers it particularly important that these EEG -based measures open a window into mechanisms that operate between neuronal cell. This leads to an opportunity to compare results observed in human children with research conducted using laboratory-animal models. Such translational work is needed to understand the mechanistic underpinnings of the drug effects. For instance, identical animal work is required to study how the amount or timing of maternal drug treatment would affect brain function of the offspring.

“Our novel methods provide a general analytical framework to support extensive future research on the questions how fetal brain development is affected by changes in intrauterine environment. Such studies may go far beyond maternal drug treatment, including also mother’s nutrition and overall physical condition, as well as myriad of further environmental factors,” Vanhatalo summarizes.