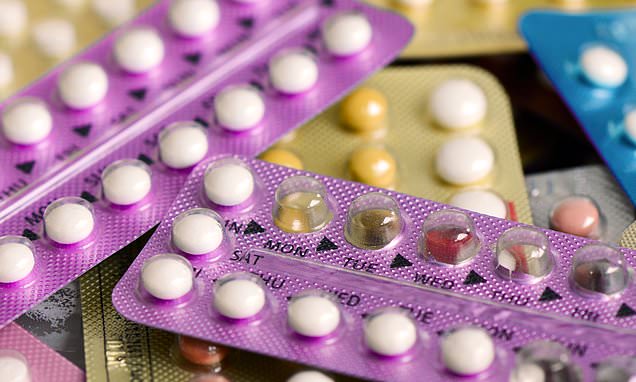 Is this the end of the Pill as we know it? Fertility experts create an ‘on demand’ contraceptive which women take just BEFORE sex

Taking the Pill every day could soon become a thing of the past for women who are on contraception.

Researchers from Stanford University in California have discovered what they claim is a ‘promising’ on-demand therapy — meaning it could be taken just before sex.

A combination of the morning after pill and an arthritis drug was found to ‘disrupt ovulation at peak fertility’.

They said the cocktail — given in two tablets — was the ‘best candidate’ for oral birth control taken just before sex.

The treatment works by disrupting ovulation, the point in the menstrual cycle when a woman is most likely to get pregnant, which is also how the Pill works. 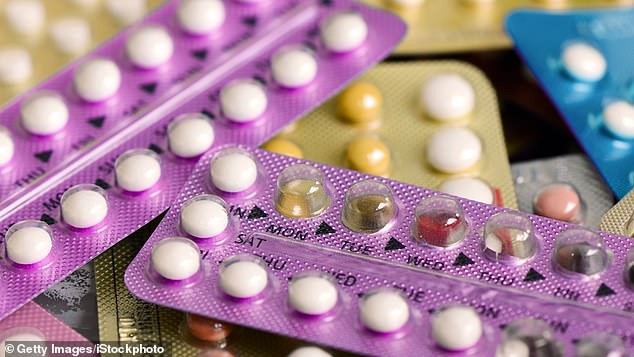 The researchers said patients and doctors are ‘very interested’ in the development of an on-demand contraceptive.

Current contraceptive pills can cause side effects including mood swings, nausea, headaches and slightly increase the risk of blood clots and cervical cancer.

As it stands, contraceptive pills have to be taken daily or three weeks per month to work, with condoms and diaphragms the only on-demand contraception available.

Nine women aged 18 to 35 were given a one-time dose of 30mg of ulipristal acetate and 30mg of meloxicam during the luteal surge — the days before ovulation when it is hardest to disrupt.

WHAT METHODS OF CONTRACEPTION ARE CURRENTLY AVAILABLE?

Contraception aims to prevent pregnancy. A woman can get pregnant if a man’s sperm reaches one of her eggs.

Contraception tries to stop this happening by keeping the egg and sperm apart, by stopping egg production or by stopping the combined sperm and egg attaching to the lining of the womb.

Contraception is free for most people in the UK. The options available include:

Ulipristal acetate — sold as ellaOne — stops or delays the release of an egg.

As it is currently used, it has to be taken within five days of sex to prevent pregnancy and is currently not intended to be used as a regular form of contraception.

Meloxicam, which is sold under brand names including Mobic, is an anti-inflammatory drug used to treat long-term conditions including rheumatoid arthritis.

The study looked at nine participants, who were monitored for two menstrual cycles, around two months, to identify their normal ovulation patterns and when their luteal surge occurred.

On their third cycle, they were given the drug cocktail. To determine whether ovulation occurred or was disrupted, they had ultrasound scans and blood tests to measure key hormones.

The drug was considered as an effective contraceptive if it disrupted ovulation.

The findings, published in the journal BMJ Sexual & Reproductive Health, show ovulation was disrupted in six of the women, while eight met some criteria for incomplete ovulation.

During the cycle when the women took the drugs, their menstrual cycles increased by three days, from 29 to 32, and their progesterone levels were lower. One participant reported irregular bleeding.

The researchers said the results are ‘promising’ and suggest the drug combination can interrupt ovulation ‘when conception risk is highest’.

This makes it a ‘promising candidate for evaluation as a pericoital (at the time of sex) oral contraceptive’, they added.

However, they noted further studies are needed into the performance of the drug combination and the side effects they trigger.

The findings also suggest taking meloxicam alongside ulipristal acetate may boost the effectiveness of the morning after pill, they said.