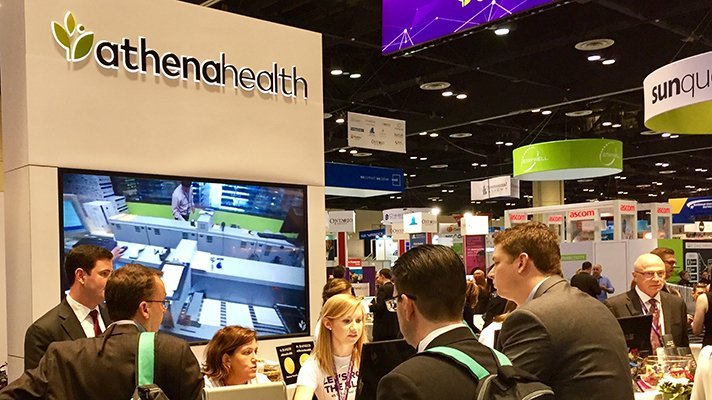 As Elliott Management Corp. impatiently taps its feet, waiting for athenahealth to come to a decision about its offer to take the company private in a potential $7 billion sale, the hedge fund is upping the pressure on the cloud-based IT vendor.

On May 24, Elliott sent a letter to the athenahealth board collecting hundreds of words of support for the deal – an "outpouring of positive reactions" – spread across dozens of approving quotes from Wall Street equity analysts, the financial media and athena's own shareholders.

The letter professes to show that "the investment community broadly agrees that athenahealth has struggled as a public company and should immediately explore a value-maximizing sale, including consideration of Elliott’s offer," according to the activist fund.

"The purpose of this note is to share with you the reactions to our offer that we’ve seen and heard, both privately and in the form of published research and commentary," wrote Elliott Management Partner and Senior Portfolio Manager Jesse Cohn. "As you consider the best path forward, we thought sharing some of this feedback would add value to your deliberations."

Read the letter here to peruse some of the many comments Elliott aggregated to try to press its case.

In addition, Cohn said the fund has "received feedback from athenahealth shareholders, both new and longstanding," that "has only intensified over the last few weeks. At this point, we have had dozens of conversations and have heard from a majority of athenahealth’s shareholder base."

While those conversations varied, he said, the general sentiment was that: "athenahealth should fully explore a sale process, including Elliott’s offer; athenahealth should attempt to solicit the highest price possible for the Company; shareholders are frustrated by historical execution and skeptical of the Company’s plan and ability to execute in the future; shareholders were profoundly upset to learn of the Company’s lack of engagement with Elliott’s prior efforts to start a discussion about a value-maximizing sale."

For its part, the athenahealth board of directors released its own statement on Thursday in response to Elliott's exhortations.

The company "takes very seriously its obligation to protect shareholders and to take only those actions that are in the best interests of all shareholders," it said, "and will continue to take the time necessary to complete this review notwithstanding Elliott Management's attempts to publicly pressure the Board and management team."

While reiterating that athenahealth would take the time it needed to get the best deal for its investors, the statement added: "We sit in the very early days of the digitization of healthcare and the company remains excited by its future."