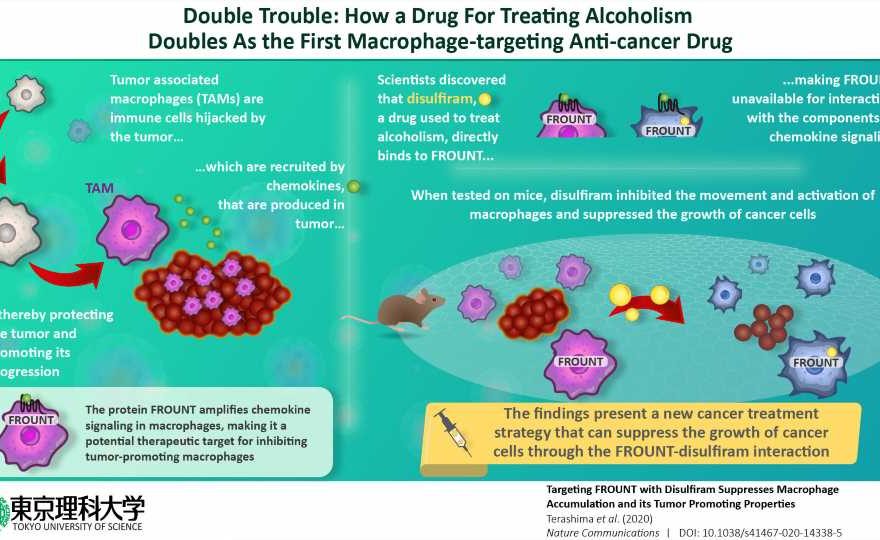 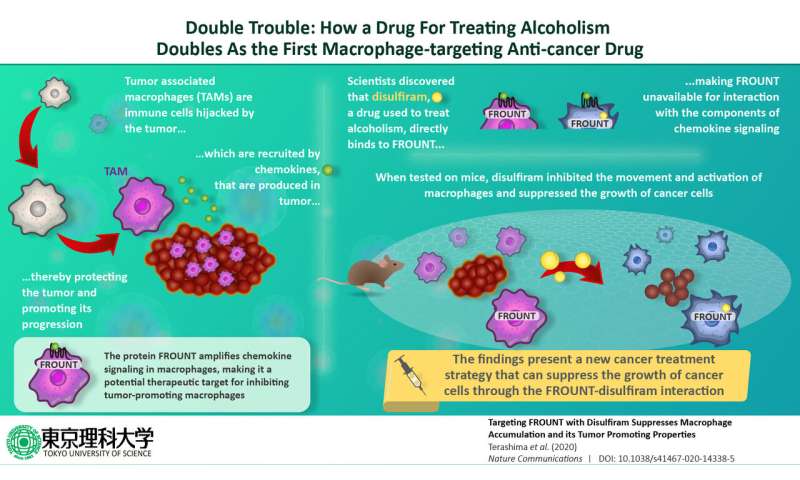 Developing a therapy to combat cancer remains one of the most difficult challenges in medical research. Cancer cells use the host’s own immune system to grow and spread, ultimately becoming deadly. Immune cells like macrophages, which ordinarily fight to protect normal cells, are hijacked by malignant cancer cells, and populate the environment around the tumors, becoming tumor-associated macrophages (TAMs). In fact, it was found that the cancerous tissue of patients for whom immunotherapy was not successful was rich in macrophages, confirming the link between the cancer and the TAMs. It is these TAMs that produce signaling proteins like chemokines and trigger the inhibitory immune checkpoint releases that create an immunosuppressive tumor environment, which protects the cancer cells and allows their accelerated growth. Since it is the TAMs that facilitate the spreading of cancer cells, regulating them as a therapeutic strategy for combating cancer has gained attention in recent years.

A research group led by Yuya Terashima from the Tokyo University of Science saw this as an opportunity to explore the realm of developing novel anti-cancer drugs. Their seminal work in Nature Immunology 2005 reported the discovery of a new target protein called FROUNT, which is linked to regulation and movement of the TAMs. Since FROUNT amplified “chemokine signaling,” a type of cellular communication, an integral process for TAM accumulation and activity, it was therefore linked directly to TAM regulation.

The team decided to expand on these findings, in order to investigate whether a therapeutic strategy can be formulated and have published their findings in Nature Communications. Through animal experiments, the researchers found that by regulating FROUNT expression in TAMs, cancer growth could be suppressed.

Then, in order to reduce any side effects, the team also developed an independent strategy of limiting the effect of FROUNT on chemokine signaling by inhibiting the interaction between the two. The team screened 131,200 compounds and zeroed in on disulfiram, a drug used to treat alcoholism, and known for its potential as an anti-cancer drug. This drug was found to directly bind to the FROUNT site, making FROUNT unavailable for interaction with the components of chemokine signaling. Reflecting on the results, Terashima explains, “When tested on mice, disulfiram inhibited the movement of macrophages and suppressed the growth of cancer cells. Therefore, our findings present a new cancer treatment strategy that can suppress the growth of cancer cells that are difficult to respond to by immune checkpoints when used in combination with disulfiram.” 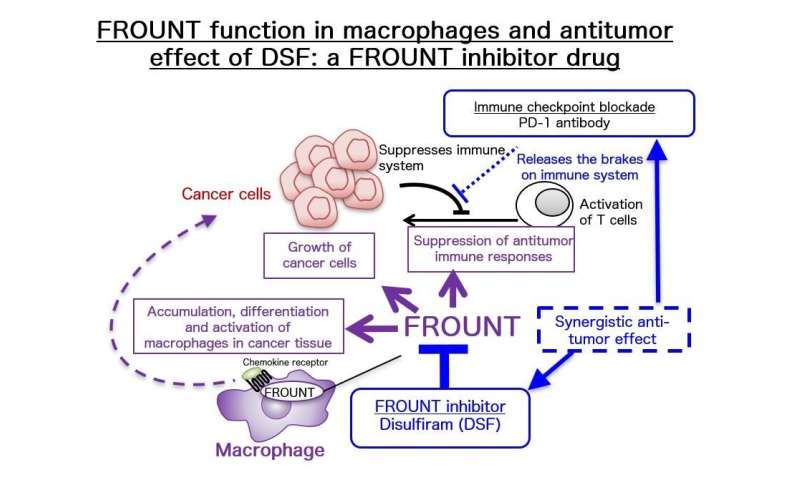 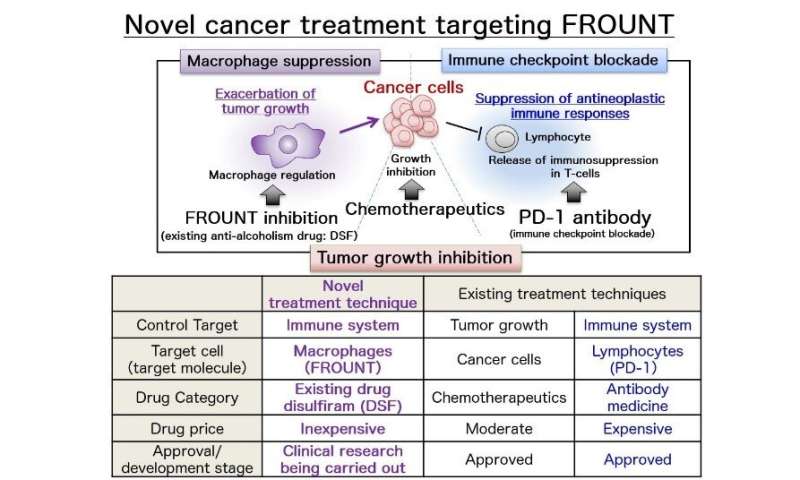 The team is now further pushing the boundary of the finding and has started clinical research at the National Cancer Center Hospital East. Illustrating the outline for further research, Terashima comments, “since macrophages pose as a problem in various types of diseases, the indications for FROUNT inhibitors for a wide range of diseases may be considered.”