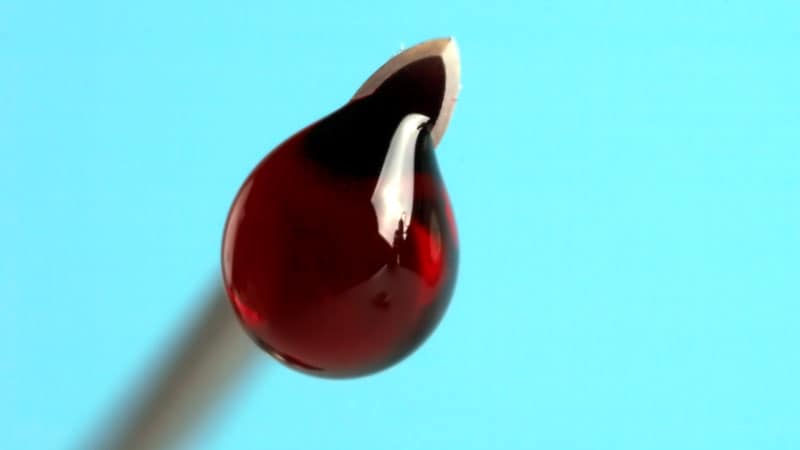 SAN FRANCISCO — A blood test that measures circulating tumor DNA (ctDNA) can help to identify those patients with resectable colorectal cancer who are most likely to derive the most benefit from adjuvant chemotherapy, suggest results from a Japanese study.

Among patients who were ctDNA positive at 4 weeks post-op, those who received adjuvant chemotherapy had significantly longer disease-free survival (DFS) at 6 months compared to patients who didn’t receive it.

“Even with an extended follow-up time, ctDNA positivity at 4 weeks post-op was significantly associated with inferior disease-free survival,” he said.

“Two out of three post-op patients who were positive at 4 weeks recurred, even in stage I or low-risk stage II.”

However, he noted that “patients who were 4 weeks post-op and ctDNA negative did not derive significant benefit from adjuvant chemotherapy in high- risk stage II and III.”

Overall, the study shows that stratifying postsurgical treatment decisions using the assay can identify patients likely to benefit from adjuvant chemotherapy across all stages of the disease, explained Kotaka.

However, the discussant for this abstract, Rona Yaeger, MD, from Memorial Sloan Kettering Cancer Center in New York, cautioned that this is not yet ready for cclinical use.

“There was a clear prognostic effect,” she said. “This was a very large sample size and validates some of the earlier studies showing that ctDNA is a very important prognostic marker,” she said. This study “gives us a tighter confidence interval due to the large size.”

However, there are limitations, one being that it was not a randomized study so it is unknown who received adjuvant therapy, she pointed out. “Since it is not randomized, the groups are not equal.”

Summarizing, she said that ctDNA is a strong prognostic marker that identifies MRD. “But it is expensive and currently doesn’t guide our adjuvant decisions,” she said. “It is not ready yet for standard evaluation of early-stage colorectal cancer patients, and we don’t know yet if additional therapy after adjuvant therapy in ctDNA-positive patients will change outcomes.”

The new results come from the GALAXY study, which is part of a large platform in Japan, called CIRCULATE, that is evaluating the clinical utility of ctDNA in patients with resectable colorectal cancer. Aside from GALAXY, which is a prospective observational trial, CIRCULATE also includes two phase 3 randomized trials: VEGA and ALTAIR.

For their study, Kotaka and colleagues monitored ctDNA status in patients with clinical stage l to IV colorectal cancer who underwent complete surgical resection and then evaluated the association of ctDNA dynamics with a short-term clinical outcome and adjuvant therapy efficacy.

A total of 1040 patients were included in the current analysis. They were stratified into subgroups that were either ctDNA positive (n = 183) or ctDNA negative (n = 531) 4 weeks post surgery. The cohort included 116 patients with stage I disease, 478 with stage II, 503 with stage III, and 268 patients with oligomet resectable stage IV (of whom 16% received neoadjuvant chemotherapy).

The team looked at 6-month disease-free survival rates. Among patients with high-risk stage II disease and with a positive ctDNA assay at 4 weeks post-op, those who received adjuvant chemotherapy had a 6-month DFS rate of 100%, vs 53.8% who did not receive adjuvant chemotherapy.

The group is continuing with its research into a ctDNA-guided adjuvant strategy. More data will be available soon from the ongoing randomized VEGA and ALTAIR studies and will be presented at future conference, Kotaka commented.