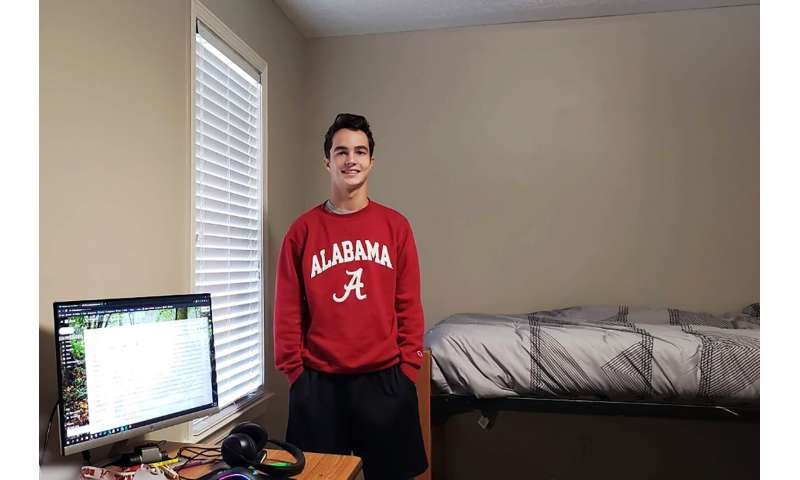 With the coronavirus spreading through colleges at alarming rates, universities are scrambling to find quarantine locations in dormitory buildings and off-campus properties to isolate the thousands of students who have caught COVID-19 or been exposed to it.

Sacred Heart University has converted a 34-room guest house at the former Connecticut headquarters of General Electric to quarantine students. The University of South Carolina ran out of space at a dormitory for quarantined students and began sending them to rooms it rented in hotel-like quarters at a training center for prosecutors. The Air Force Academy sent 400 cadets to hotels to free up space on its Colorado base for quarantines.

The actions again demonstrate how the virus has uprooted traditional campus life amid a pandemic that has killed nearly 200,000 people in the U.S. and proven to be especially problematic for universities since the start of the school year. Many colleges quickly scrapped in-person learning in favor of online after cases began to spike, bars have been shut down in college towns, and students, fraternities and sororities have been repeatedly disciplined for parties and large gatherings.

Health officials such as White House coronavirus task force member Dr. Deborah Birx have been urging colleges to keep students on campus to avoid them infecting members of their family and community. 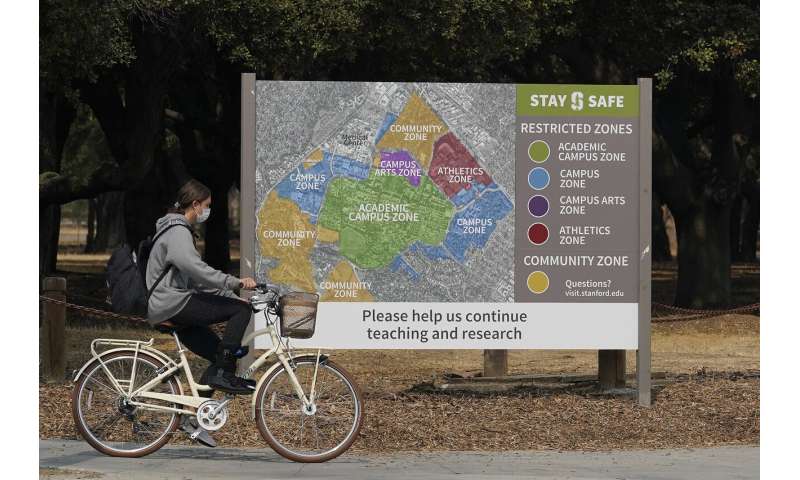 At Sacred Heart, which acquired the 66-acre GE campus in 2016, the guest house that once provided rooms for visiting corporate executives will be used for the rest of the year to isolate any of its 3,000 students who test positive for COVID-19 and are unable to return home, said Gary MacNamara, the school’s director of public safety.

Rooms are stocked with snacks and equipped with TVs and work stations for remote learning. Heath officials will do periodic check-ups, security is stationed outside and card swipes keep track of who enters or leaves.

“With all the stress and fear a student may have if in isolation we believe we need to make it as comfortable as possible,” MacNamara said. “This guest house helps us accomplish that.”

But not every situation is as comfortable.

Ryan Bologna has been locked in his dorm room at the University of Connecticut since 12 cases were found in his building last week. He’s allowed to go to a dining hall next door, but has had no other contact with the outside world. 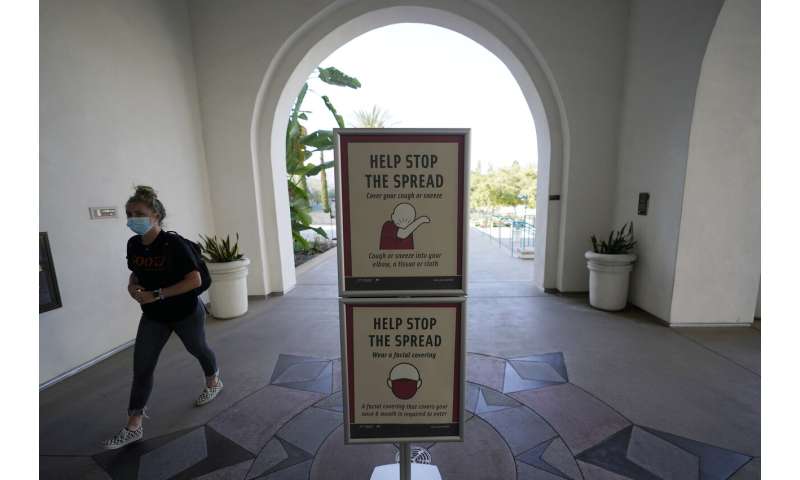 Zoom classes and virtual marching band practice and video gaming are not what the communications major had envisioned for the start of his senior year.

“I do have friends I’ve made throughout the years that I can talk to,” he said. “But If I were a freshman, I’d be really struggling right now as far as the social aspect.”

Isolating students seems to be working in states like Connecticut, where the infection rate at UConn on Thursday was 1.34% among residential students tested for the virus.

But the results haven’t been as good elsewhere.

The University of Alabama recently informed students in half of a five-story complex that they had to move to other housing to make room for infected or potentially infected students, because two other quarantine-and-isolation facilities would reach capacity.

So far, more than 1,000 students on the Tuscaloosa campus have tested positive since mid-August. As of Thursday, the system’s online dashboard showed its quarantine housing was 36% full. 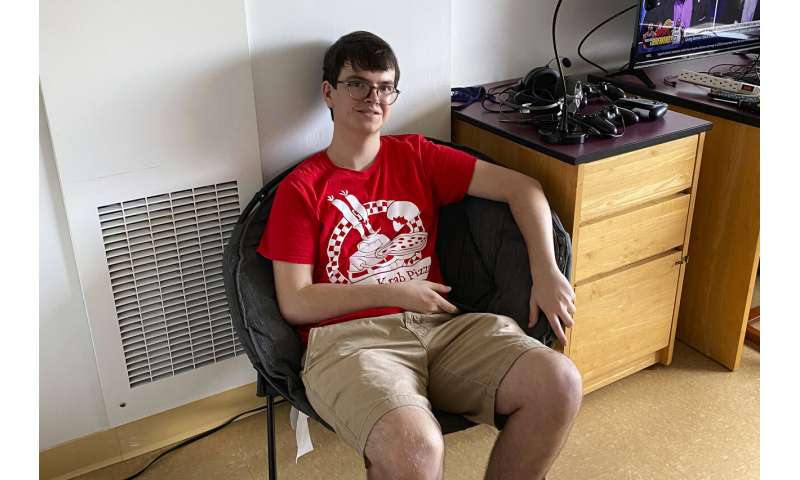 The university banned on-campus events for two weeks and the city of Tuscaloosa ordered bars closed amid concern about virus spread. The football-obsessed school is still planning to allow fans for games—with a ban on tailgating—when the Crimson Tide begin their season this month.

Freshman Zachary Bourg, 18, spent 10 days in a quarantine dorm after testing positive on Aug. 23. He’s now back in his regular room.

“I want to stay here for the fall semester,” he said. “But if cases continue to rise at the rate they are then the likelihood of that occurring is starting to get lower.”

The University of South Carolina has about 35,000 students on its main Columbia campus. More than 1,400 have tested positive for COVID-19 so far, with many more ordered into quarantine after exposure to COVID-positive students. 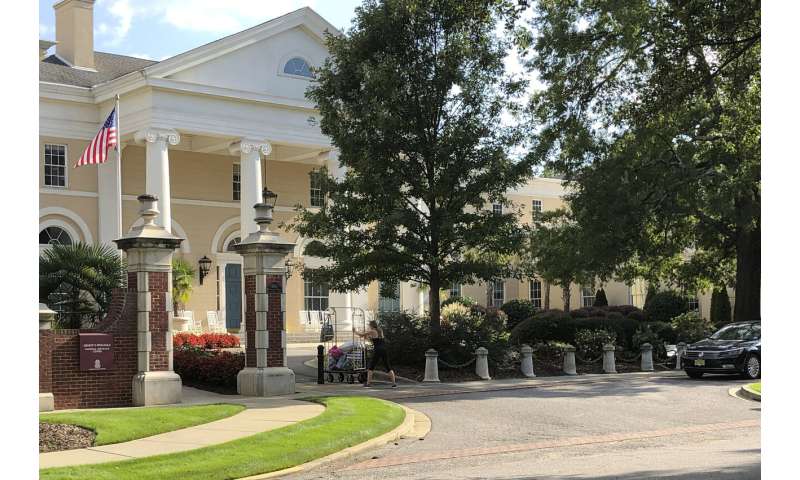 They were first housed in a dormitory called Bates West, where some students are allowed to room together. But once that filled the university began sending students to off-campus at a training center for prosecutors.

“We do feel like we can surge additional space, either on campus or nearby, to support the students,” said Larry Thomas, a school spokesman.

Brown University has delayed the start in-person learning until next month at the earliest because of concerns over where to put those who might test positive. Schools such as Georgia College & State University, a 7,000-student school in Milledgeville which has reported more than 600 cases since the beginning of August, are telling students that if they have COVID-19, they should leave campus.

There’s a debate in the health community about whether to send students home or keep them in quarantine. 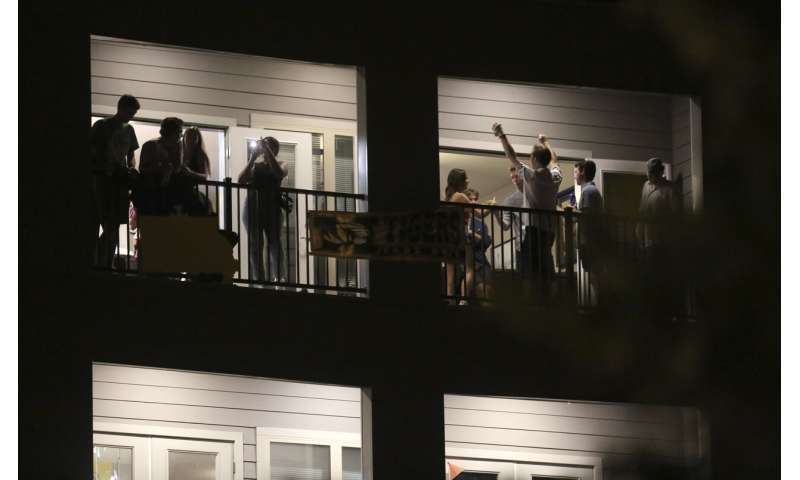 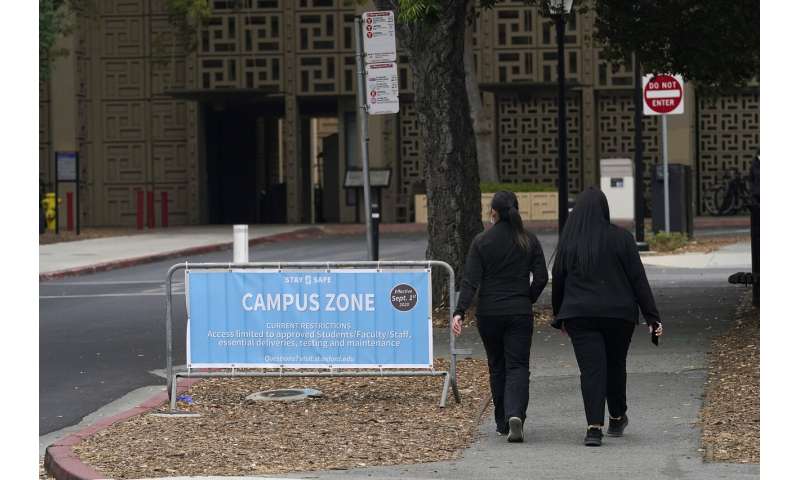 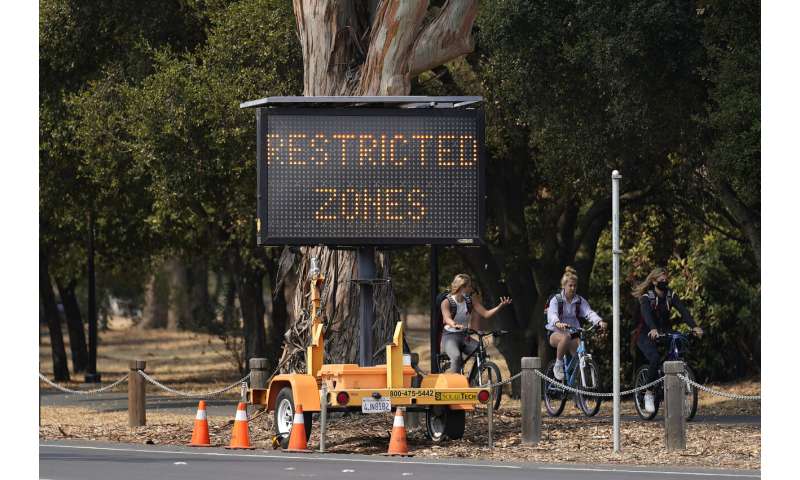 Dr. Joseph Gerald, associate professor of public health policy and management at the University of Arizona, said the idea of identifying cases, contact tracing and quarantining is the right approach. He said it’s just going to be hard to do in dorms, frat houses or places where students congregate.

“One of the things we’re struggling with here at the University of Arizona is what to do with multi-story buildings, where kids need to get to their rooms, but we have one or two elevators,” he said. “It’s not really possible to make an elevator safe.”