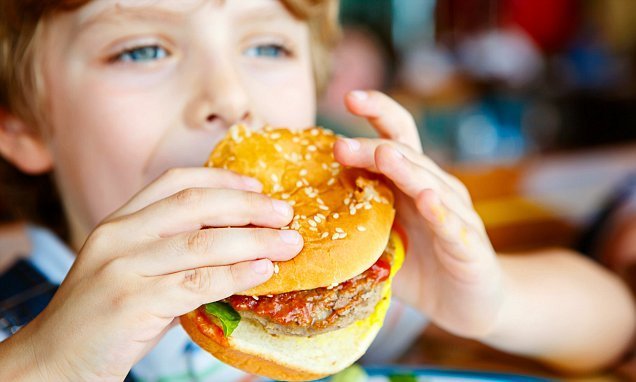 Those who see their favourite online stars eating unhealthy food in videos eat nearly an extra 100 calories – 26 per cent more – when choosing a snack.

Scientists found children who watched YouTube stars such as Zoella and Alfie Deyes, both of whom have millions of online followers, made less healthy food choices.

Experts say children may find it difficult to tell what is an advert and what is the stars’ normal behaviour, because online advertising is more subtle than on television.

The research comes as celebrities are calling for the Government to crack down on how much junk food advertising is seen by children. 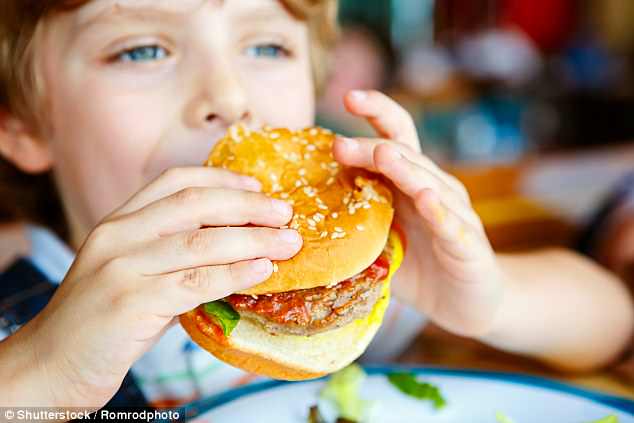 One in five 10-11 year-old children are thought to be obese in the UK, and scientists say watching YouTube stars eating unhealthily is leading them to make fattening food choices

The research by the University of Liverpool was presented at the European Congress on Obesity in Vienna this weekend, the BBC reports.

Anna Coates, a PhD research student and lead researcher on the study, said: ‘We know that if you show children a traditional drink advert, then their preference for that drink rises.

‘We wanted to test their reactions to this new type of celebrity, the social media star.

‘Now that we’ve shown that children are influenced by online stars, our next study will look at whether they understand that, in many cases, celebrities are being paid to promote products.’

In the study 176 children were split into groups and shown pictures of YouTube stars promoting either a healthy food, an unhealthy food, or something that wasn’t food.

The children were then offered snacks afterwards.

Those who had watched an unhealthy food promotion ate 448 calories – 26 per cent more than children in the other two groups who consumed 357.

One of the researchers, Dr Emma Boyland, said children think of the vloggers as ‘everyday people’ making normal choices in their videos.

Obesity is a condition in which someone is very overweight and has a lot of body fat.

Obesity is a risk factor for diabetes, heart disease and stroke, some types of cancer, and numerous other serious health problems.

It is generally caused by people eating more calories than they burn off – particularly if their food is high in fat or sugar.

The best way to prevent or tackle obesity is to eat a healthy, balanced diet and to do regular exercise – the NHS recommends between two-and-a-half and five hours per week.

Calculating a person’s BMI involves measuring their height and weight and considering their age and gender.

Work out yours or your child’s with the NHS BMI calculator.

She added that while television advertising is obviously separated from programming, it can be less distinguished in online videos.

‘On TV there are more cues as to when it’s advertising,’ she said. ‘There’s an advert break, there’s a jingle – whereas digitally it’s a lot more embedded in the rest of the content.’

Tens of thousands are obese

The findings come just a day after it was revealed that more than a third of primary school leavers – about 170,000 – are overweight.

One in five 10-11 year-old children are thought to be obese in the UK, and the condition increases their risk of serious illness and costs the NHS billions of pounds a year.

In response to the growing crisis celebrity chef Jamie Oliver is running his #AdEnough campaign calling on the Government to ban junk food advertising on TV before 9pm.

Children are ‘bombarded’ with adverts

Oliver says children are ‘bombarded’ with adverts for foods that are high in sugar and fat, and that there should be ‘proper controls’ for what children see.

Mr Khan said: ‘I’m determined to do all I can to tackle this issue with the powers I have and help Londoners make healthy food choices for themselves and their families.’

At the obesity conference Professor Russell Viner, president of the Royal College of Paediatrics and Child Health added: ‘It’s vital that children are protected from the marketing of junk food, not only on TV but also online where they are increasingly spending time.’